Today's another good day: I get to eat real food! After a short ten miles of hiking, my plan was to go into the tiny (extremely hiker-friendly) town of Trout Lake. I had a resupply package waiting for me there, and they also have a cafe there. Perfect.

Oddly enough, I showed up to the trailhead and there was a car about to depart with two other hikers. They agreed to give me a ride, and off we went. It turns out that I'd first meet these hikers (Cookie Monster and Laura (still no trail name for her)) back in Sierra City -- small world.

Once in town, I headed to the cafe and got that party started. It turns out that Trout Lake is obsessed with huckleberries, so everything has them, which I'm okay with. 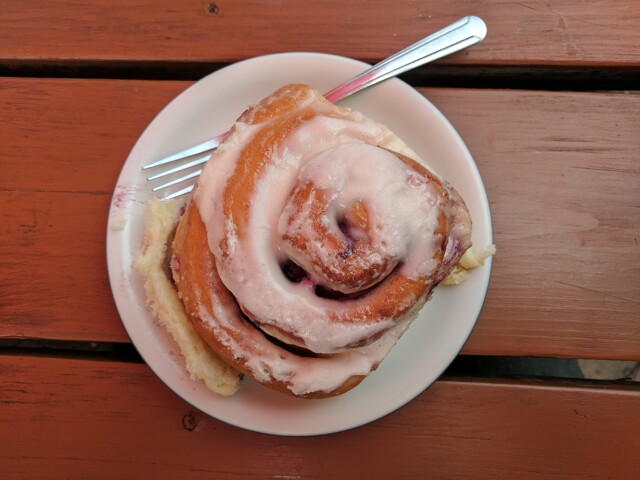 There were huckleberries in here. 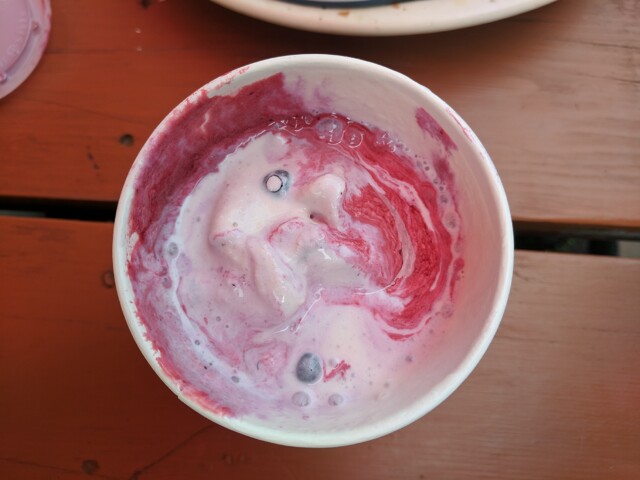 After that, I went to the general store and went through my resupply. I then got sucked into the vortex of talking to other hikers and wound up resting until 3:00pm. Looks like it's gonna be one of those days. 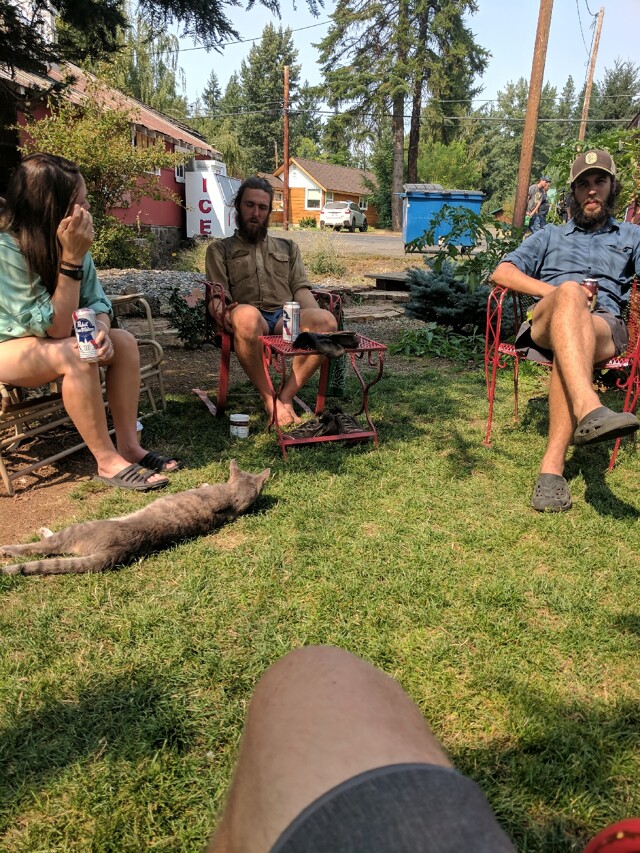 The vortex. Also, a cat.

By 4:00pm, I was back at the trailhead, and there was a sign saying that a mile down the road held more trail magic. Well well well. It was another hiker who broke his foot back in the desert and had to leave the trail, so he's up here paying it forward. We chatted for a while, and I ate the pineapple and watermelon and guacamole and everything else. Finally, though, I had to face reality: I gotta make some miles today.

The smoke from the nearby wildfires leads to really cool late afternoon vistas, if I'm lucky enough to be high up, which I was. 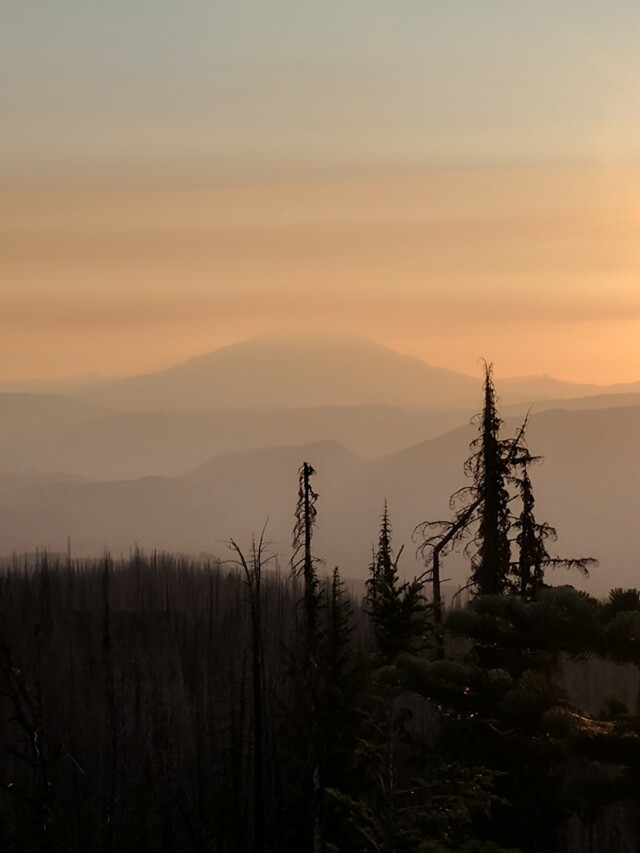 I don't like the fires, but at least it's kinda pretty

Finally, with a view of the sun setting on Mt Adams, it was time to call it a day. 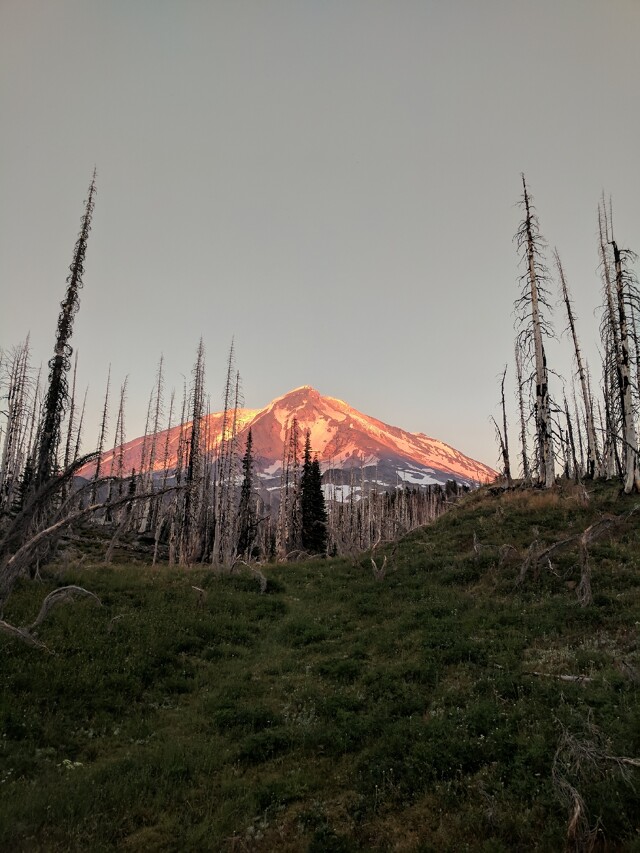