So those scary clouds that rolled in last night were accurately scary. The whole night was super windy and really rainy, but thankfully never at the same time. However, right before we decided to pack up, a monster gust howled down the valley and pulled out one stake from Crash's tent and two from mine, so we got up. Of course right after that it started to pour, but we had already put away all of our water-sensitive stuff (read: anything with feathers).

One of the stakes that got ripped out must've been thrown really far because it didn't show up in our canvassing. Damn, looks like I'm down a stake until our next town.

Anyway, we started hiking in an absolute downpour. Like, 1.5cm of rain in four hours. (This is the reason for the lack of pictures of this stretch.) 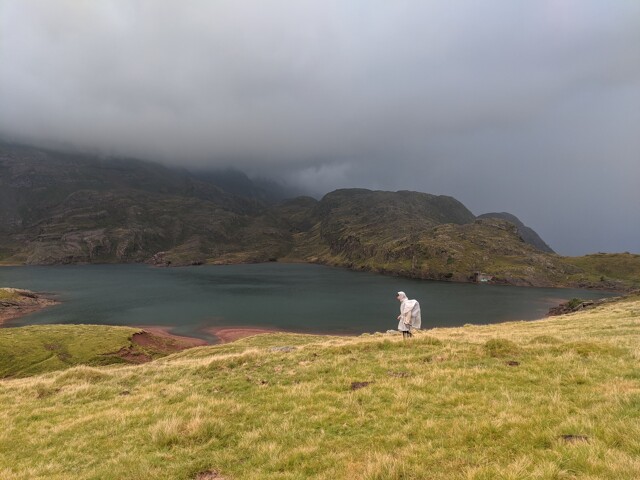 After some time, we finally reached a ski village where there was supposed to be a hiker refuge. We couldn't find it, so we just stretched out on the floor in a building that was being remodeled -- quite the crossover between hiker and vagrant.

The town was odd -- lots of buildings were really rundown and it felt like a set from The Walking Dead, but we'd see people out walking their dogs and cooking in their kitchens. Maybe it's more likely during the winter.

Anyway, as soon as we got set up, the skies broke and the sun was shining. Of course. We ate some lunch and waited to see if it was a false positive, but it only got more clear so we packed up (again) and hit the trail. 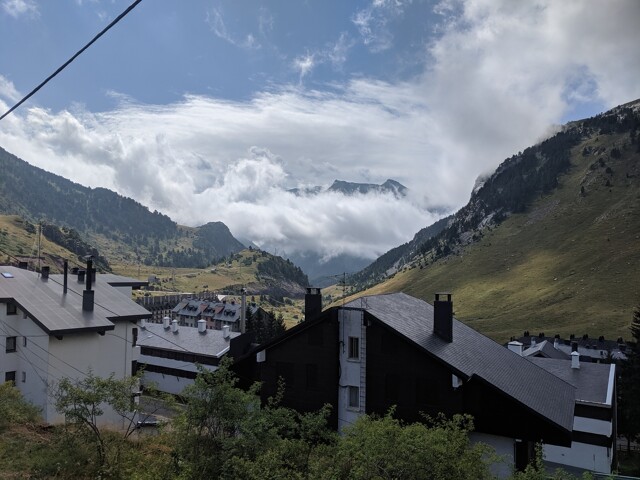 The ski village from above, on the way out of town

We kept hiking, doing lots and lots of climbing, and stayed above the clouds. It sort of ruined the views, but also made them more dramatic in their own way. 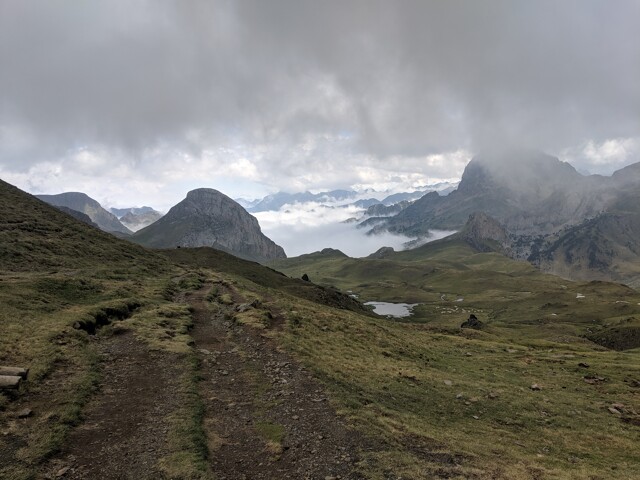 When the clouds permitted, we did get to see the stunning raw upper (if not lower) landscape of the Pyrenees. 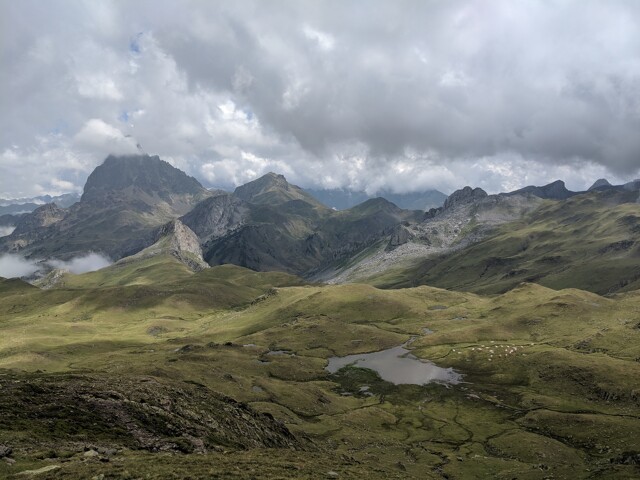 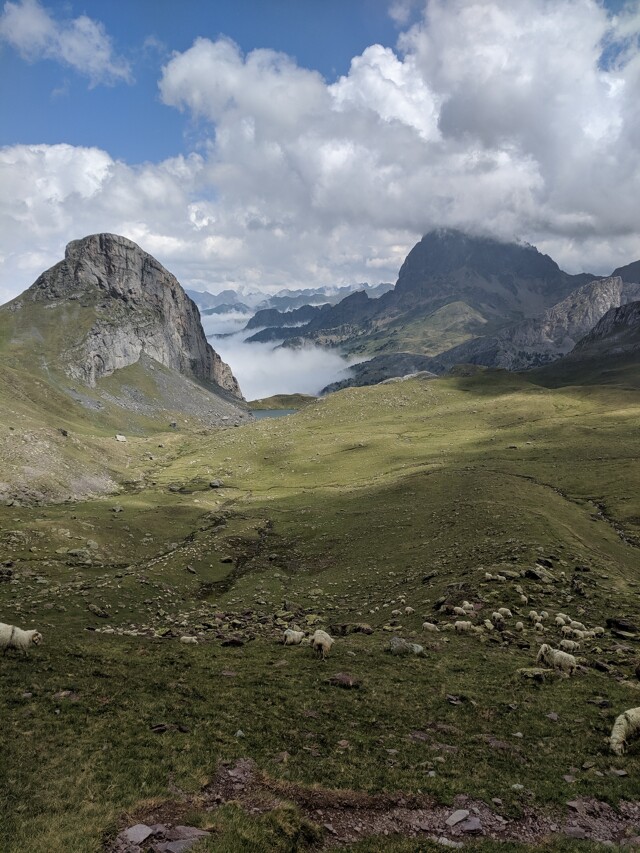 Or this valley, with the neighboring peak shrouded in clouds

The day ended with us doing a massive (1000-meter) descent down into a valley, followed immediately by another massive (1000-meter) ascent up the other side, where we camped close to the top. By this point, we were thick in the clouds and it was doing a persistent drizzle, which is why the pictures yet again end. 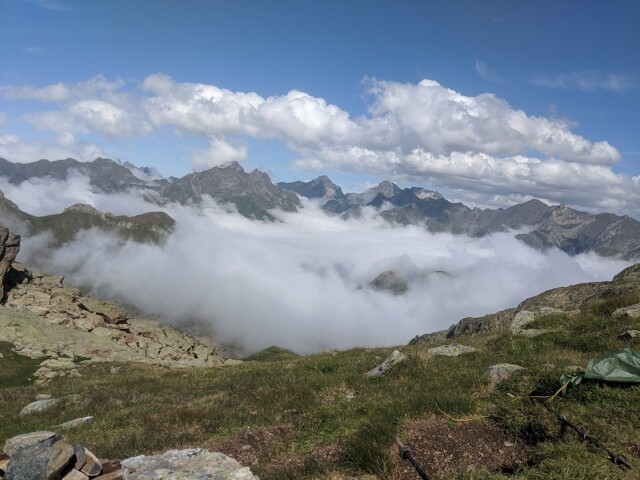 One last look at the clouds which can ruin your day