The first order of business: go to the hotel breakfast and eat everything I can find. The more I eat, the less I have to buy and put in my pack, right? A delicious strategy.

After that, it was time to go to the two sporting goods stores and try to find a hat. Without a hat, I'm going to get absolutely fried on Hardangervidda, sunscreen be damned.

I wound up finding the only hat in town, and it had a bug net attached. This is unnecessary because I have my own, but hey -- beggars can't be choosers. I might as well use it and I can always cut it off if I don't like it. 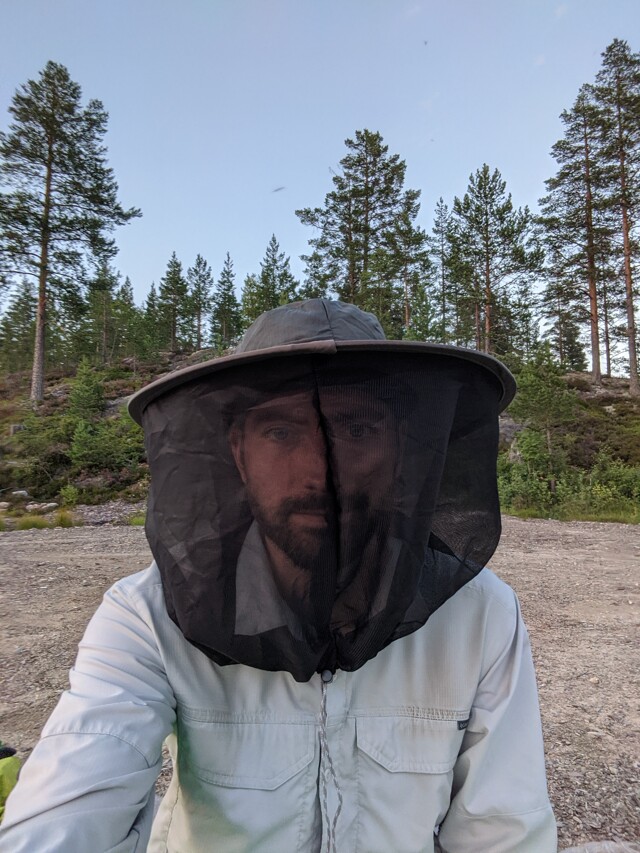 After that, it was time to go to the grocery store and buy 7 days worth of calories. This is always both the easiest thing and the hardest thing to do. On the one hand, it's just calories and it doesn't really matter. On the other hand, it's so hard to estimate how much I'll need -- especially before Hiker Hunger sets in. So oh well, I just wandered around the REMA1000 and threw stuff in my basket and called it good enough. 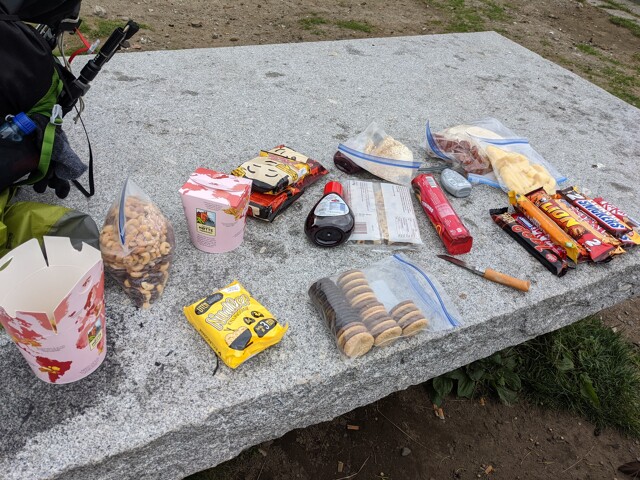 This should be enough, right?

With that taken care of, it was time to hit the road (literally; road-walking) and get out of town. This involved pretty much a whole day of climbing -- up up up to get out of town. It wasn't steep, and it was even reasonably pretty. Plus, it was an overcast day, so the heat wasn't unbearable. 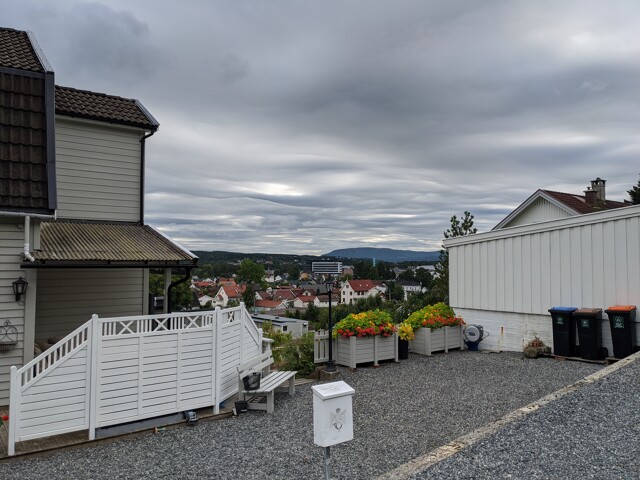 Looking down into Kongsberg

One big distraction I had was that the trail was just lined with blueberries. It took some major self control to not just sit and feast instead of hiking. I was getting some strong northern Oregon vibes. Once I completed the climb (or at least got high up), it was very rewarding to be able to see a long ways off, and see the mountains that I'll be heading towards. Not exactly the plateau, but definitely part of the same range. 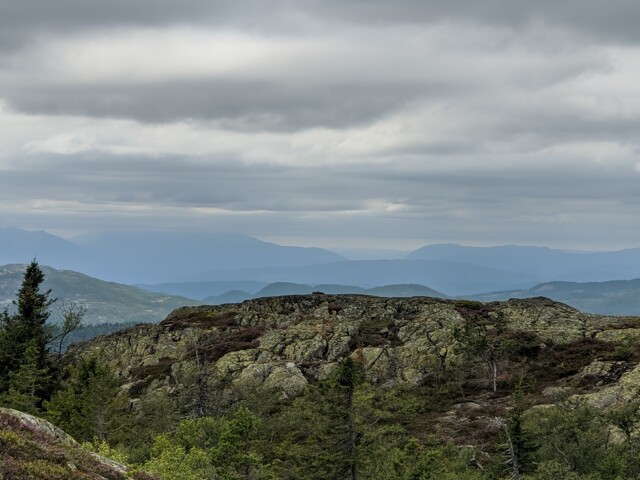 It also looked like rain far off in the distance -- let's hope that clears out before I get there! I have a rain jacket so I'm not worried ("det finnes ikke dårlig vær, bare dårlig klær", as the locals say), but it would be nice to have sun anyway.

By the time I was ready to call it a night, I found a great campsite: the end of a dirt road. Sure, it might not be the safest idea, but what're the odds that someone will drive along between now and when I get going (I'm usually walking by 07:30) anyway? 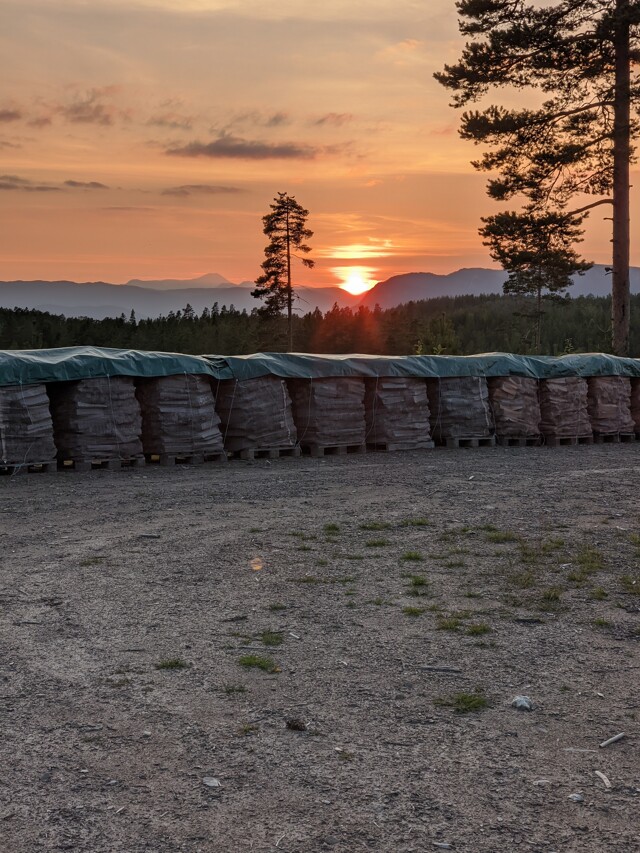 Before setting up camp