Since Peanut and I had decided to bet it all on Tuolumne, and we were at Tuolumne, that meant one thing: we needed food. Since the Tuolumne Meadows post office hadn't been reassembled yet (because the road was still closed), it meant we needed to hike the 22 miles down into Yosemite valley to pick up our packages (and visit the store). 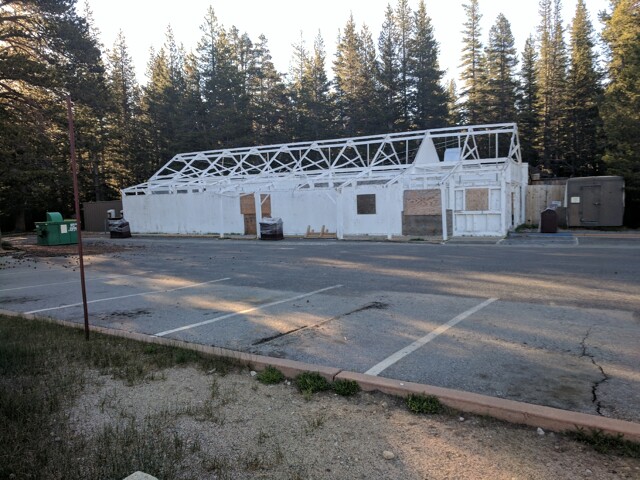 This is the state of the post office. Definitely not gonna be resupplying here today.

So off we went. I walked along the highway for 14 miles and then the trail for 8 miles, hoping it would get me to the post office in time to pick up my package before they closed (since it's Saturday and they'll be closed tomorrow). Peanut decided to take the more scenic JMT in, understandably. 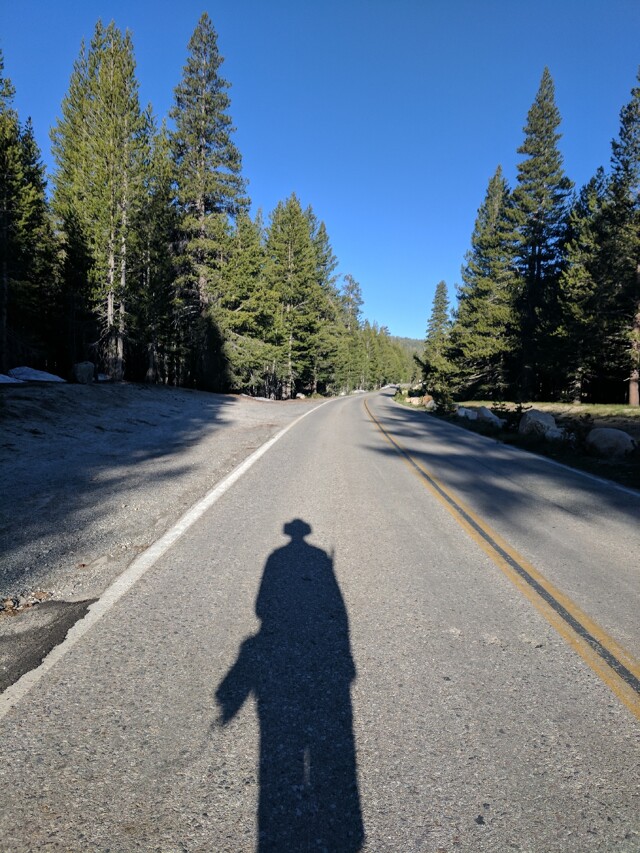 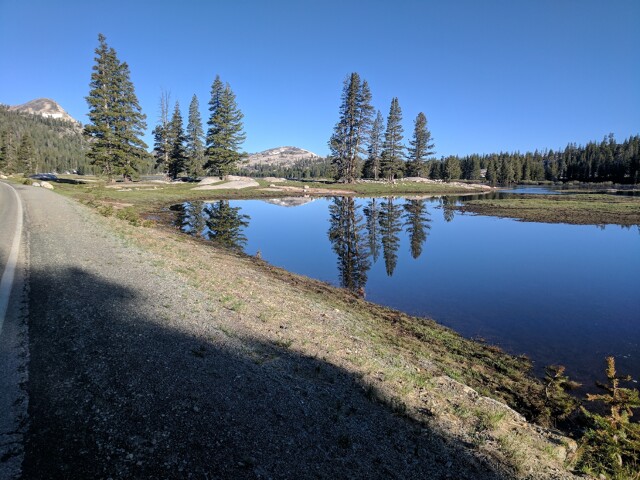 Pretty without any people, though!

Eventually I reached the trailhead, though. Only 8 miles to go! 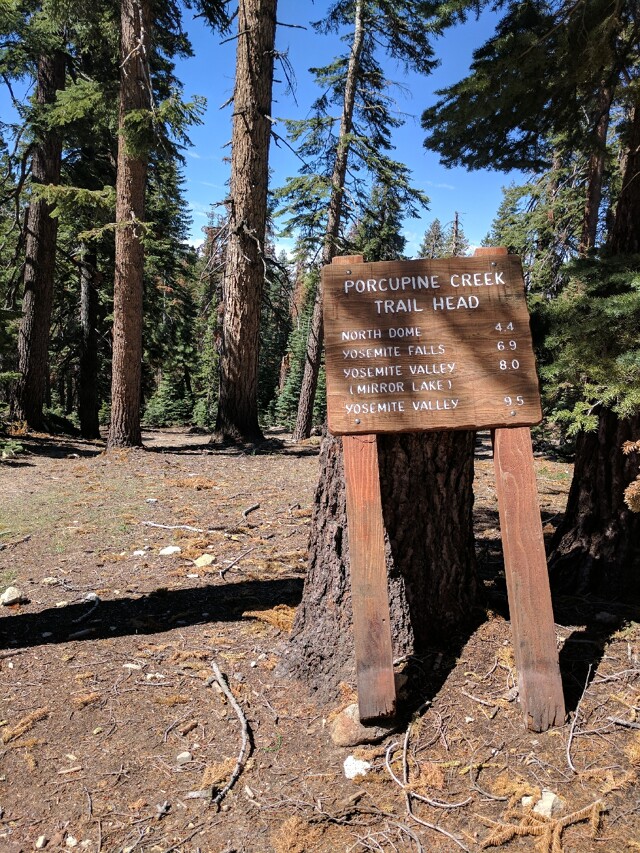 A few quick (it was dry trail! Yay!) miles later, I saw Half Dome for the first time, which was really neat. 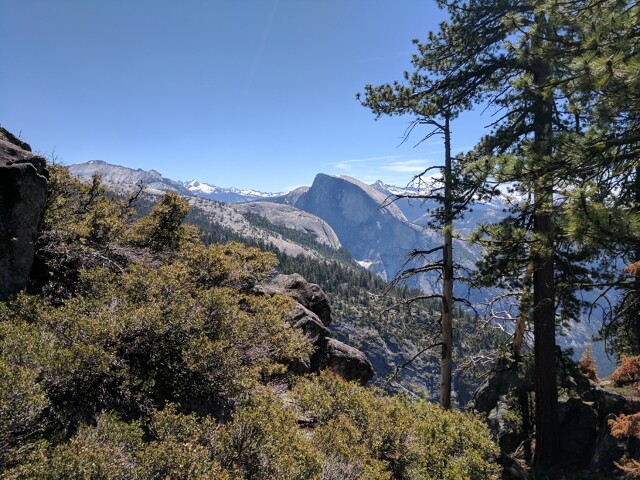 My first glimpse of Half Dome!

And then suddenly, I was standing on Yosemite Point! The whole valley was spread out below me, and it was absolute stunning. 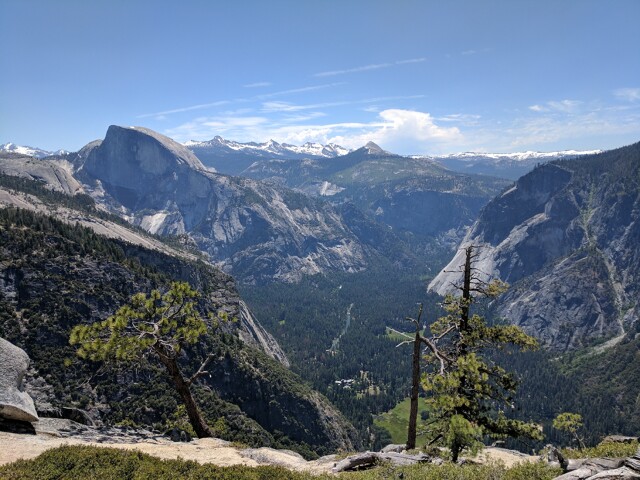 Then the hike in took me right down Yosemite Falls! I had no idea this was the route I chose, but I was really glad about it! 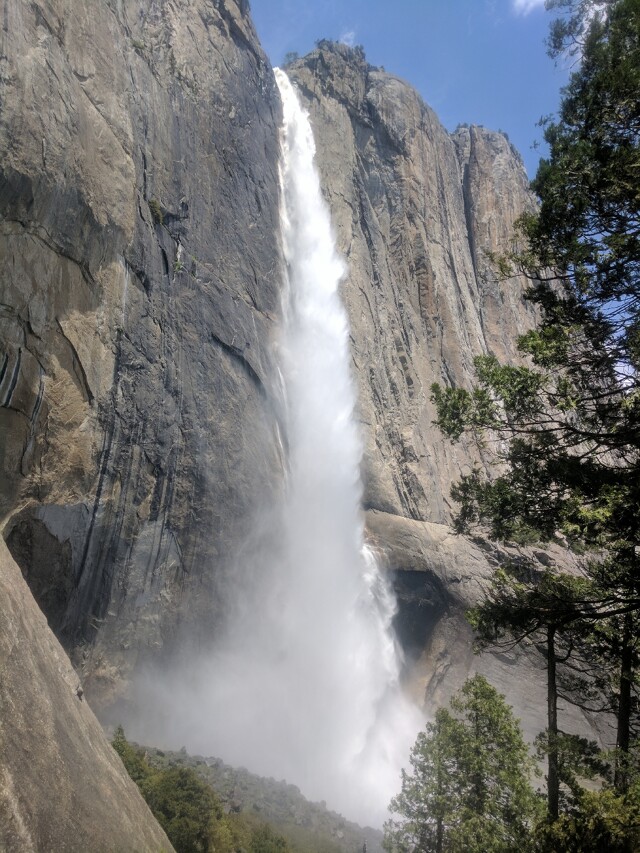 Eventually I reached the bottom, found out that the post office closed at noon, met some hikers, and shared some beers, snacks, and laughs with them and Peanut. Then we ninja-camped at the famous Camp 4 and decided to come up with a plan tomorrow.

This plan may involve skipping ahead to Sonora Pass, sadly. We'll need to talk to the rangers and see what they know about the river situation back there.