Question: how do maildrops work?

I was asked to explain how maildrops work, and what's involved with mailing yourself packages. This is a huge topic, with much better resources out there than will be described here, but here's a quick overview of my plan.

This is your lifeline -- the person who will be mailing you stuff (gear, food) throughout the trip. Mine is my friend Tyler, who asked if he could do it as soon as I told him about my plan to do the PCT.

Next, decide when you'll want which things. My process for this was to split the trail into sections, based on gear swaps. My splits are: desert, high Sierras, northern California, Oregon, and Washington.

I then went through a list of all of the towns (I used the wonderful Yogi's Book) and picked some towns that looked like they would fit my needs.

Great, you've decided where you want want to receive gear (and food). Next, you need to set it up for your friend to make it easy on them. For starters, I packed my maps into sections, with pages from Yogi's book. Yogi recommends 28 sections, so I went with that. 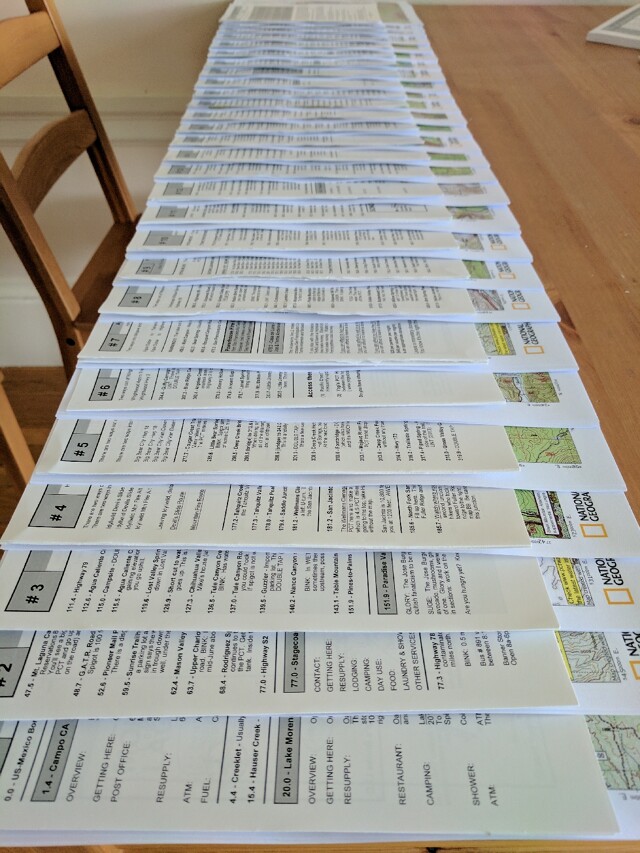 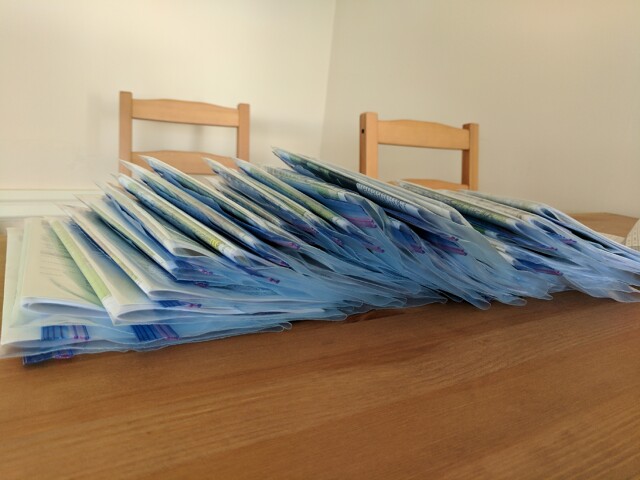 All individually packed up!

Next, I packed all of my gear into separate bags and clearly labelled each one with its contents and a rough ETA. This way, I don't have to explain which one I mean, and I don't have to worry about being sent the wrong pair of gloves. 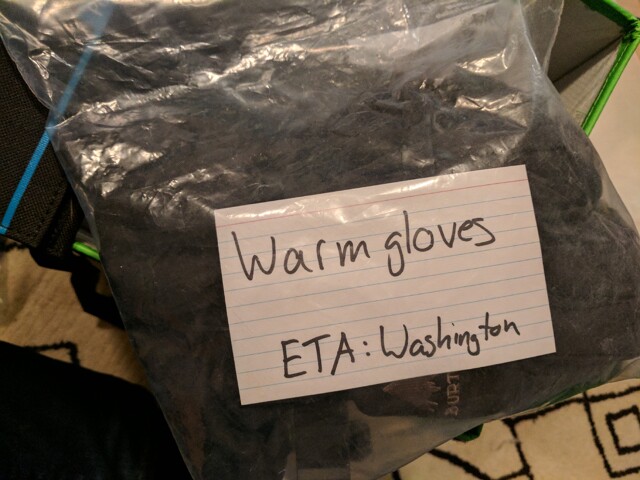 It could be snowing when I hit Washington, so I'll want these then!

Next, it's a matter of actually having your gear sent. I'll have cell service periodically, so I'm planning on texting/emailing Tyler about a month before I want the items and saying "please send X, Y, and Z to [location]". Then he'll package it up in a box (typically a USPS Priority Mail flat rate box), and send it to me. Most of the time, it'll be sent to me via General Delivery, which is when it gets sent to:

Packages addressed like this will then be sent to that town's Post Office, where they'll hold it for roughly a month.

Sometimes, it'll be sent to hostels or stores or other hiker-friendly destinations, where they'll have similar policies, and sometimes they charge a nominal fee (typically $5) for pickup. Sometimes they're extortionate -- one place charges $75/box -- but I am not planning on sending things to those locations.

Pick up your presents!

When I reach that town, I simply retrieve my package(s) and get my stuff! Some of these will be gear swaps, where I'll be mailing gear home because I'm done with it. Others will be bounces, where I'll mail it to myself on down the trail, instead of sending it all the at home.