After a few miles today, we got off-trail -- intentionally! Just half an hour off the PCT is Rainbow Falls, and we figured that would be a great place to have breakfast. 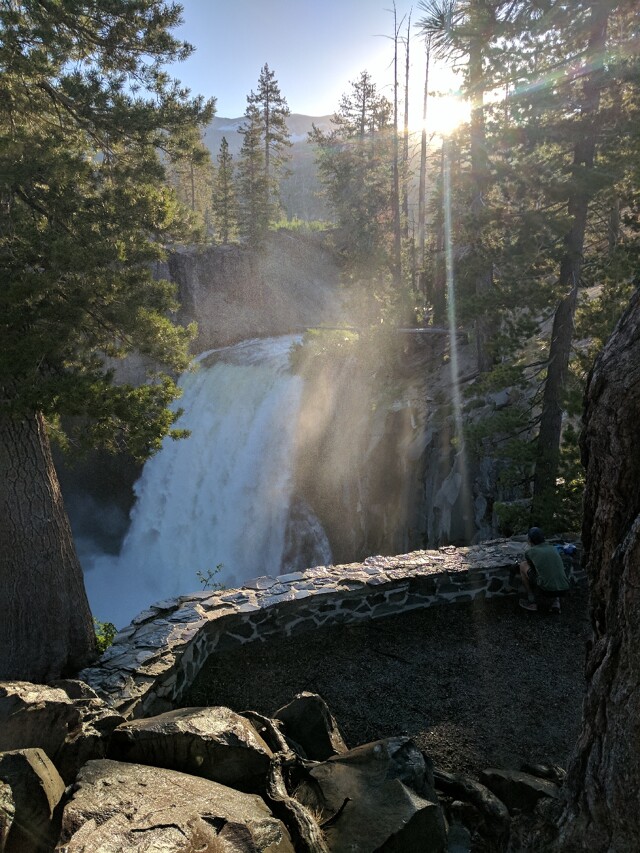 A short while later, we reached Minaret Falls, in the Ansel Adams Wilderness Area. These were huge, beautiful, and problematic. The issue is that the recent heat wave created a huge river, and washed out the pedestrian bridge. And, being a waterfall, it's hard to hike around it. 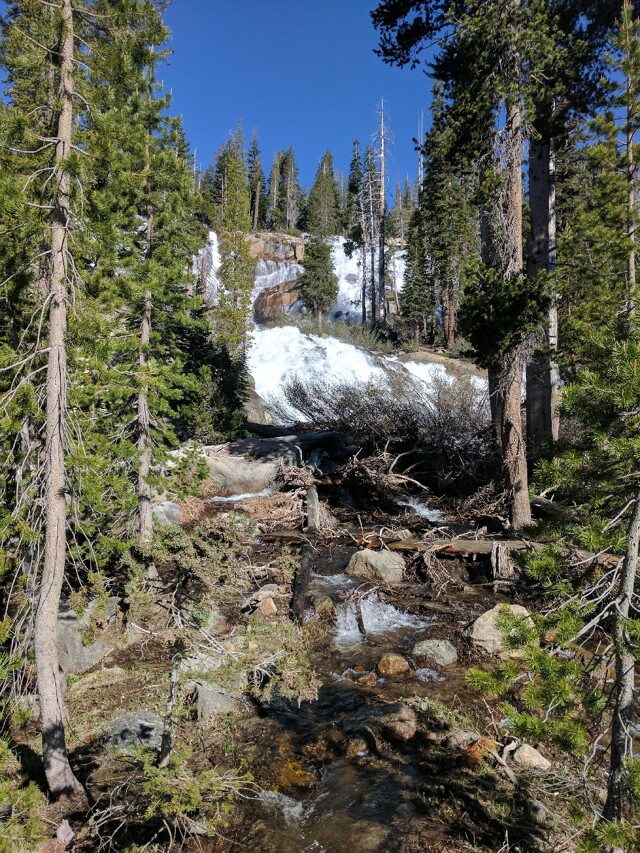 Minaret Falls, as seen from a distance

We got out our trusty water report and read what people had said (a week+ ago) about this creek, and it wasn't pretty. In order to get around it, you have to hike a few miles upstream to the headwaters, and then come all the way back down. Then there are lots of similar rivers coming up that involve lots of hiking or getting wet (or both!)

So Peanut and I made a decision: we'll backtrack a few miles to where the JMT and the PCT diverged, and take the JMT route for this section. They're both 13 miles long, but the JMT stays in the mountains while the PCT takes the valley.

When we reached camp tonight, we had service (we could see Mammoth Mountain ski resort), and so we started doing homework. It turns out that Tuolumne Meadows -- where we were planning on resupplying next -- was still 100% closed.

Our only option is to hike the 22 miles down into Yosemite valley.