For starters, a big waterfall in an area just covered with obsidian. 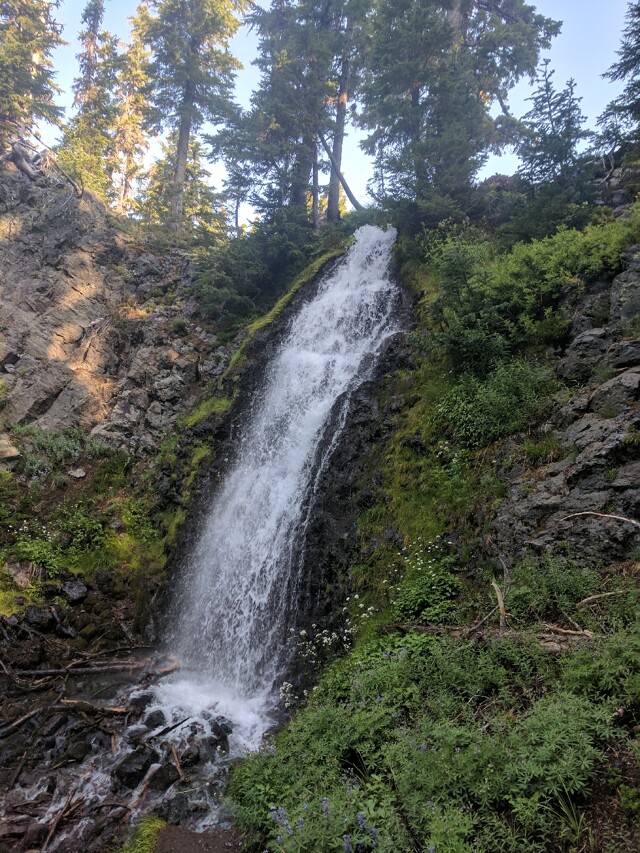 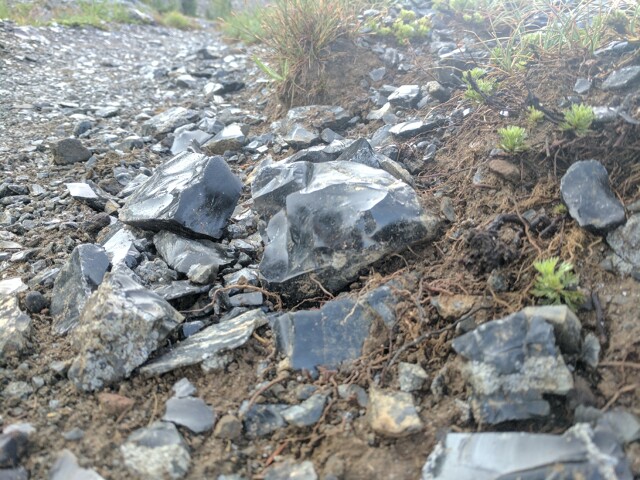 And then big lava rock valleys: 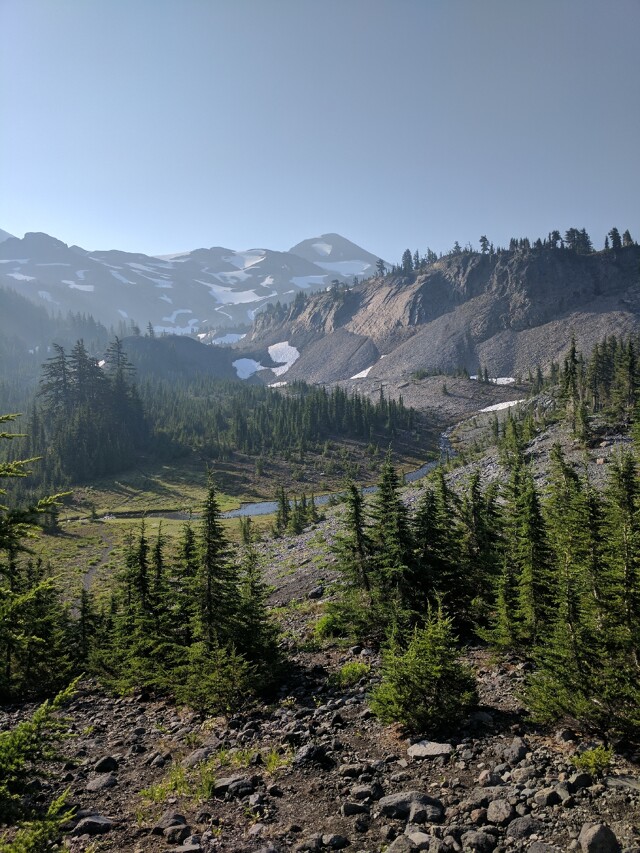 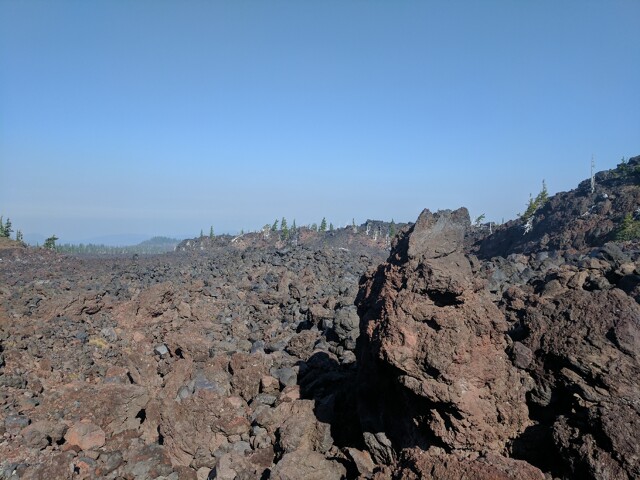 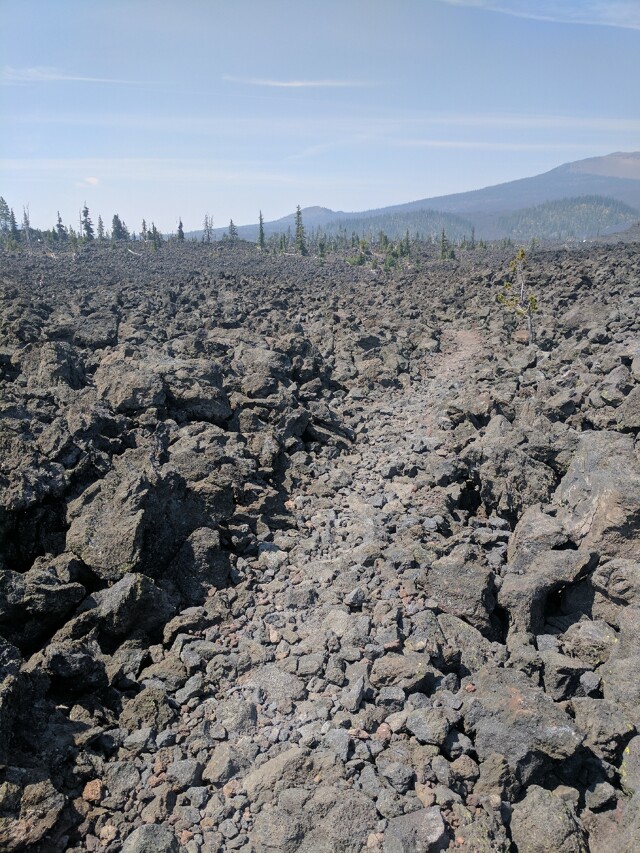 I've never wished more than now that I'd purchased new shoes back in Ashland. Or when I went back to Medford. My poor feet!

And then I got the most bizarre trail magic yet from some day hikers up from Sisters to escape the heat: fried chicken. They were going to have a picnic and he just handed me a hunk of fried chicken. Incredible. 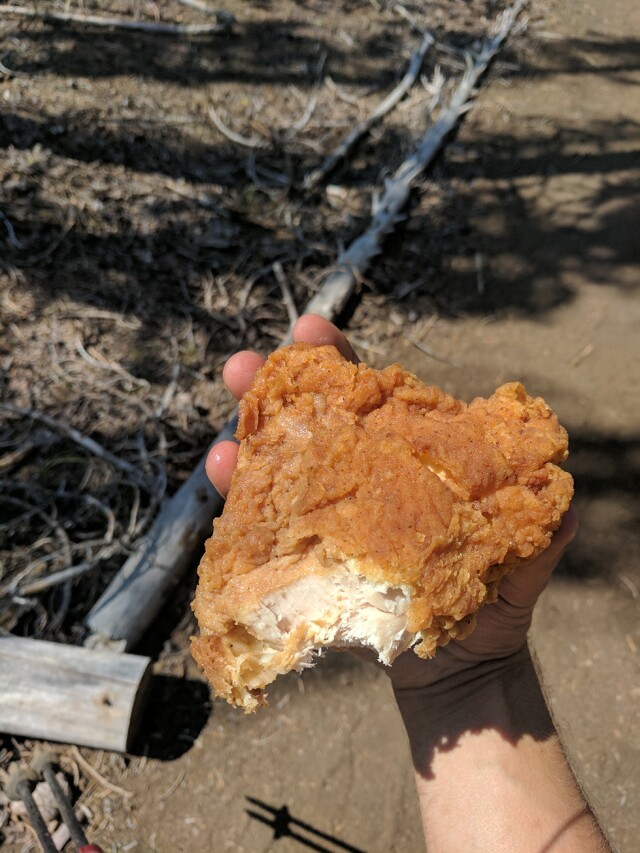 (It wasn't gnawed on when I received it.)

Then I approached another Sister, which had a wildfire burning at the base of it -- maybe a half mile from the trail. It has started during last night's lightning storm. (I would find out a few hours later that they closed the trail that afternoon. Bummer for everyone behind me!) 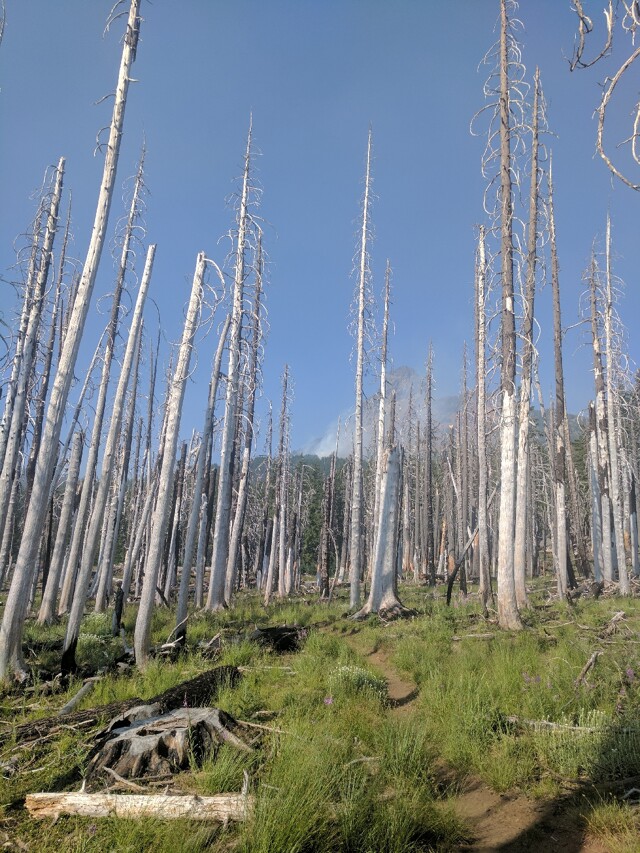 Eventually I reached Big Lake Youth Camp, where they're totally amazing -- you can send packages there, take showers (towels provided), eat three meals a day, they'll do your laundry for you, camp, charge your electronics, get water, ... all for free. Such generosity! All they ask is that you don't drink, do drugs, or swear. Can do! 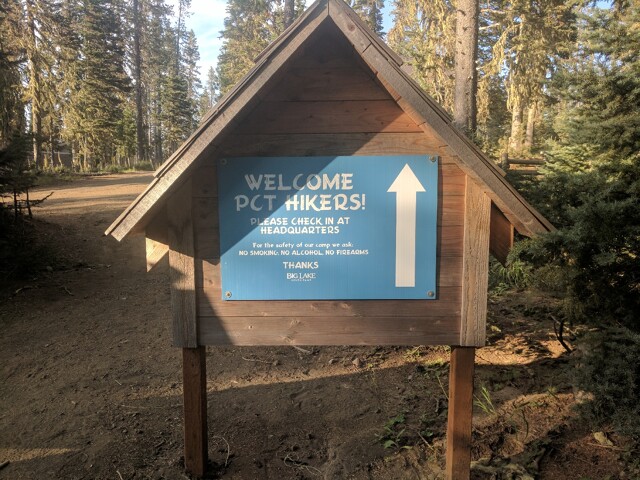