Plus, my patch didn't hold -- I will need to replace my pad entirely. Awesome Ari (her full name) did the research and found that, while the trail goes through a little town (village) called Lescun, they didn't really sell anything but food there. However, 45 minutes away (by car), there's an outdoor store that should set me up. 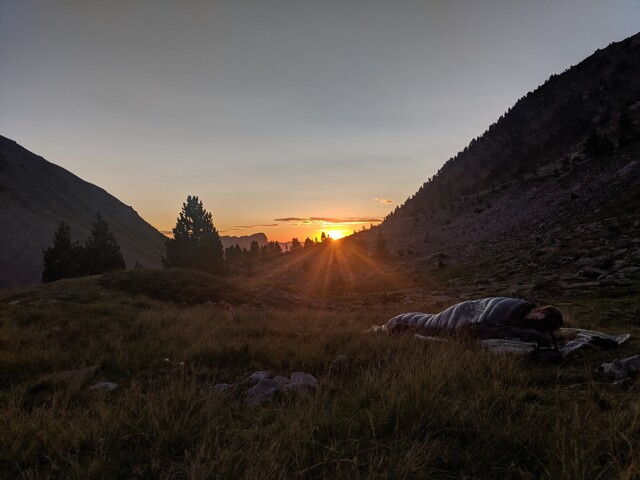 Crash said "I didn't sign up for you taking pictures of me sleeping!"

We slept at around 1800 meters last night, and Lescun is around 900, so we gotta start the descent. There wasn't much to see (other than spectacular views, of course) so I'm not posting and highlights from that part.

However, all of the sudden, we could see the valley floor! The view was incredible. 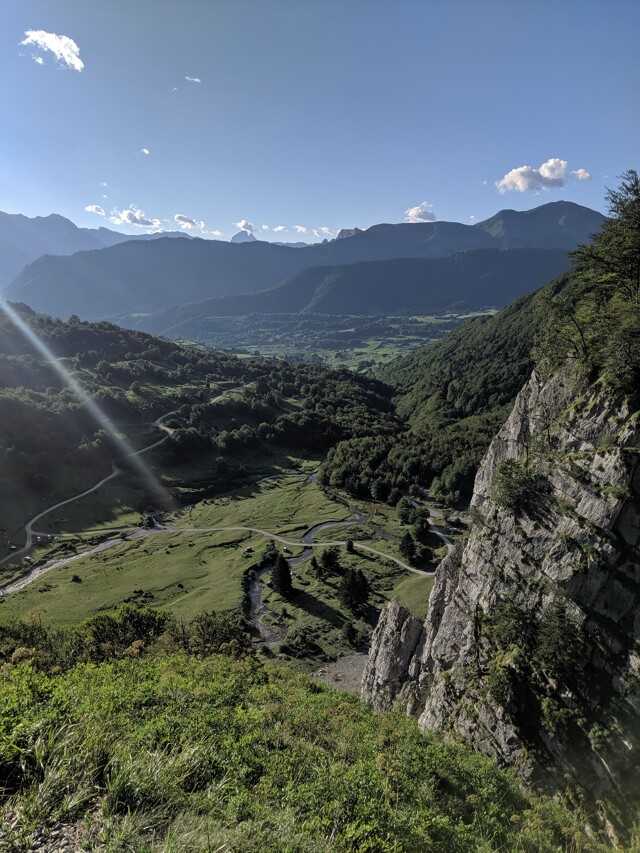 There was a waterfall just right of frame

Before we could think about trying to find a hitch, we needed to make ourselves presentable. Neither of us had showered or done laundry since we left our respective countries, and we have spent the last week sweating more than any other hike we've done, so it was time for cleaning up. 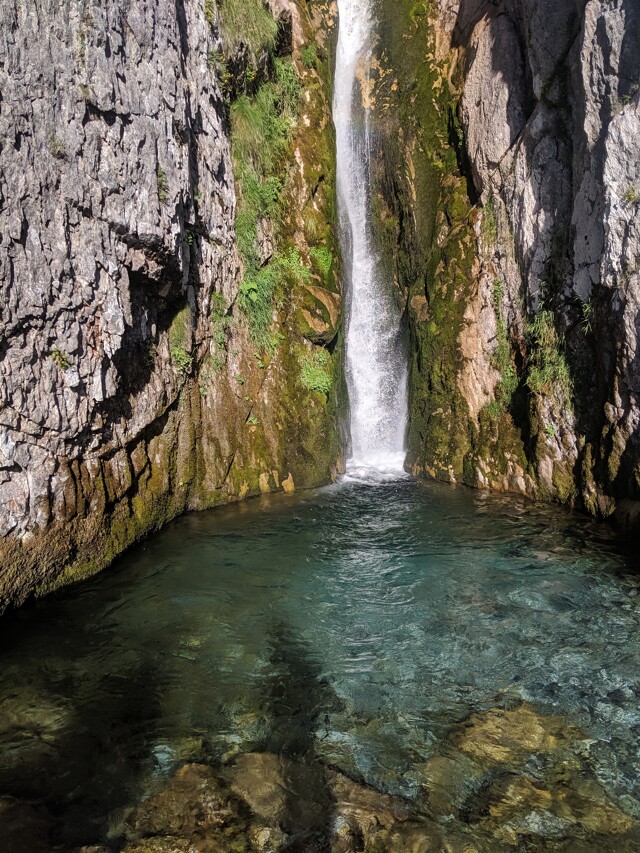 So fresh and so clean!

The water was frigid but man oh man it felt good. We bathed ourselves and did some hiker laundry and basked in the sun to dry off.

A dog even came along to say bonjour and we were fast friends.

Always cheers me up

Eventually though, it was time to go to Lescun so we could look for a hitch into the city.

This wound up being harder than I am used to, because I'm far from competent in either French or Spanish, and English isn't super prevalent. However, we got a lift from a nice French gentleman who I think was going to downtown Oloron anyway .. ?? Whatever, he was nice and refused payment and we went on our way.

The plan had been to head to the shop and pick up me pad, then find a hotel, then find lunch. But oh God we thought we knew heat until we stepped out of the car in the flatlands. It was like stepping straight into Hell.

We changed our plans and did then in this order instead:

So that's what we did, without any complications. 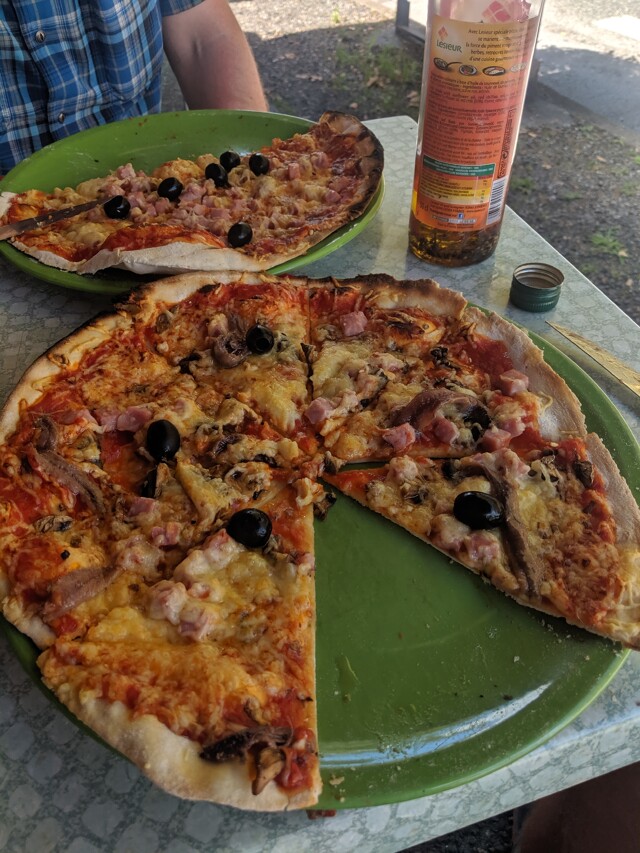 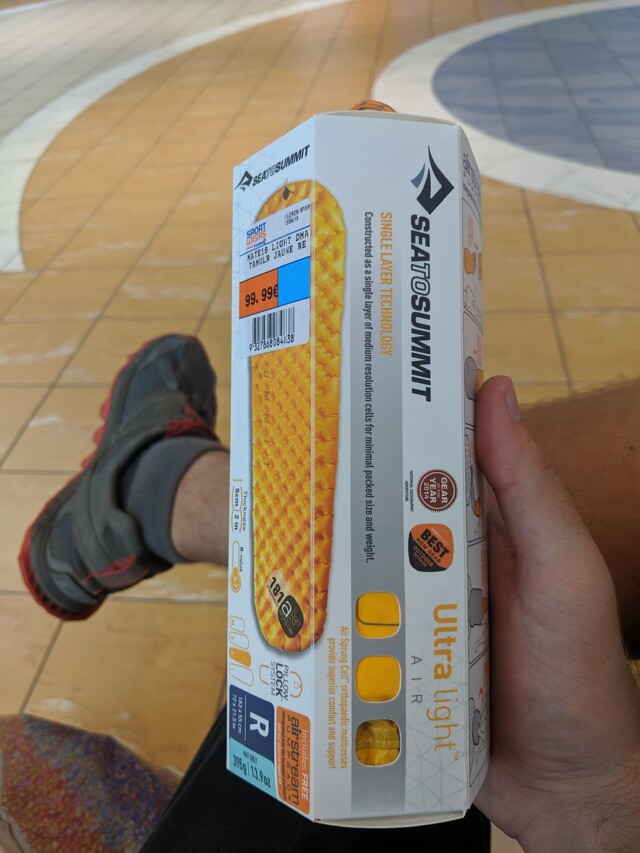 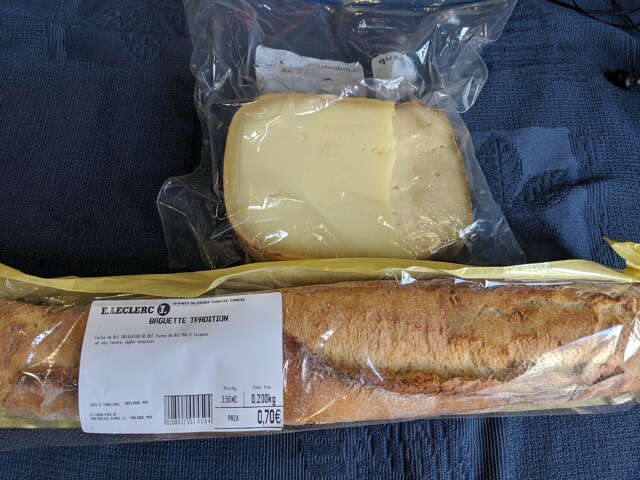 Cheese and baguette -- what else should one eat when hiking in France?

After that, it was naptime and then dinner time. We wound up at this cute little place around the corner and had some surprise dishes because we had very little idea what we were ordering. It was seriously good and creative, however. For example, the "cheesecake" below was the appetizer.

Anyway, during dinner, a thunderstorm rolled in and we rolled out. We looked at the forecast and it looks like we are in for a wet few days ahead.

(That's assuming we can get back to the trail tomorrow!) 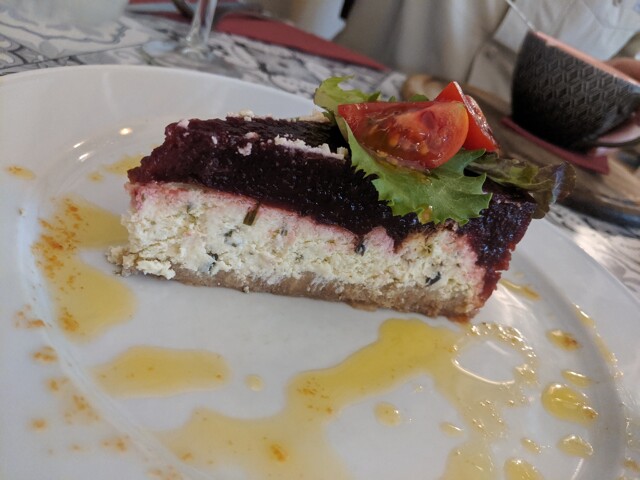