It's a good thing I broke my continuous footsteps yesterday, because I was forced to today. Sit back, and I'll explain it from the beginning.

I woke up this morning (later than planned, because I forgot to set an alarm), and hit the trail. Except it was a road; whatever. 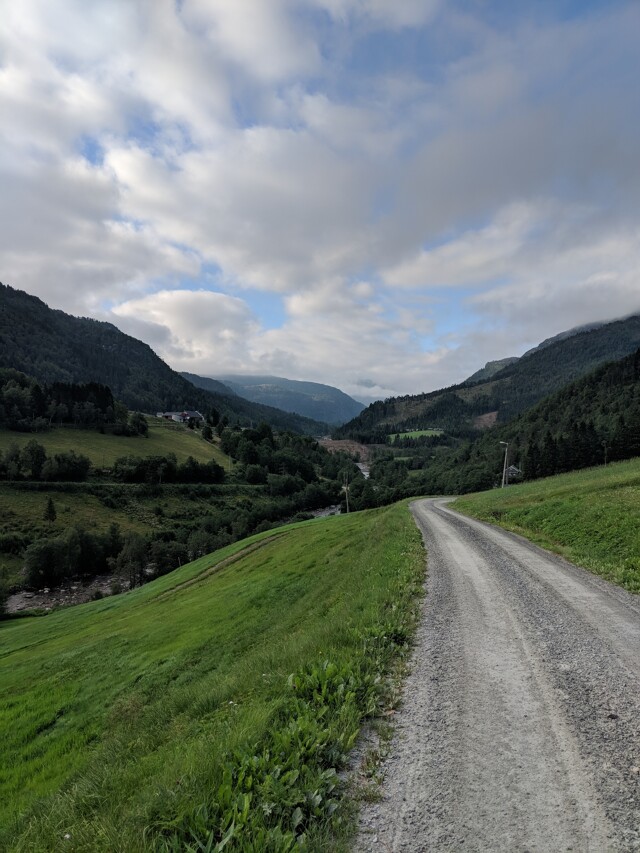 This road went on for a while; maybe 5 miles, maybe 8 miles, probably forever miles. But hey, it was pretty pretty! 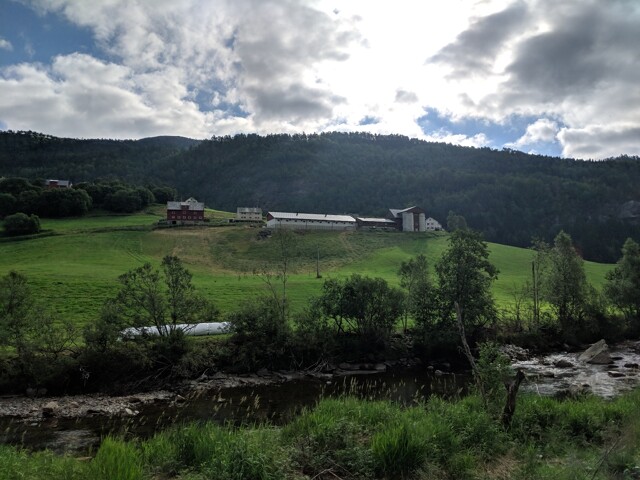 Just look at this idyllic farm!

Then it narrowed into a valley that reminded me a lot of a miniature Yosemite valley, but with power lines. 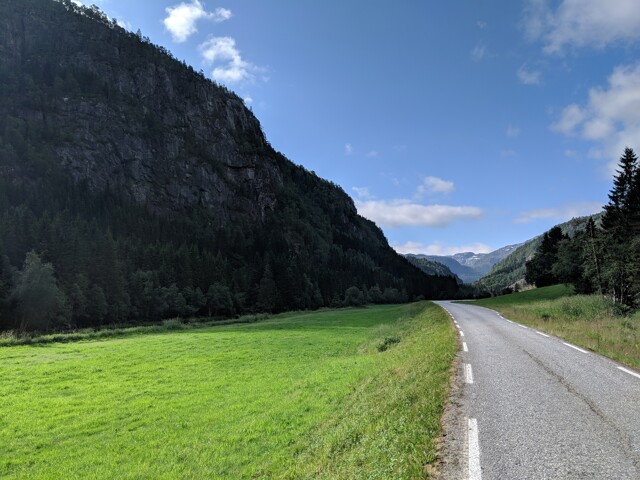 So anyway, I finally reached the end of that and hopped into a DNT trail! 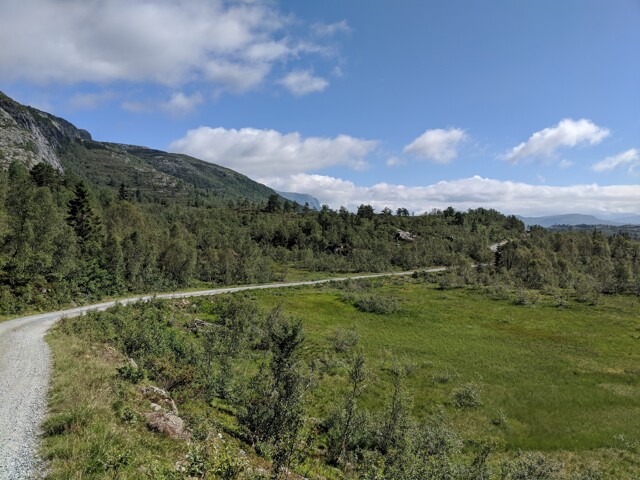 This did eventually turn into a proper hiking trail for like 8 miles or so, and I made it up and over the mountains and down to the fjord! This dumped me into this tiny beautiful village called Folkedal. I hiked all the way to the fjord, when I was supposed to turn left and hike up to Granvin. 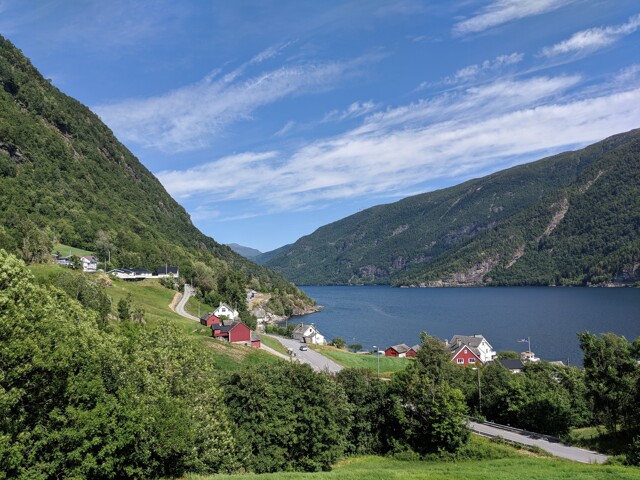 Small problem though: my chosen "hiking" path was a highway, complete with a tunnel just down the road. There was, however, a bus stop across the road, so I went over there and waited.

After killing time with a call home, a bus arrived and took me to Granvin.

So this is where I was forced (by my own silly planning, I guess) to break what would've been my continuous footsteps. 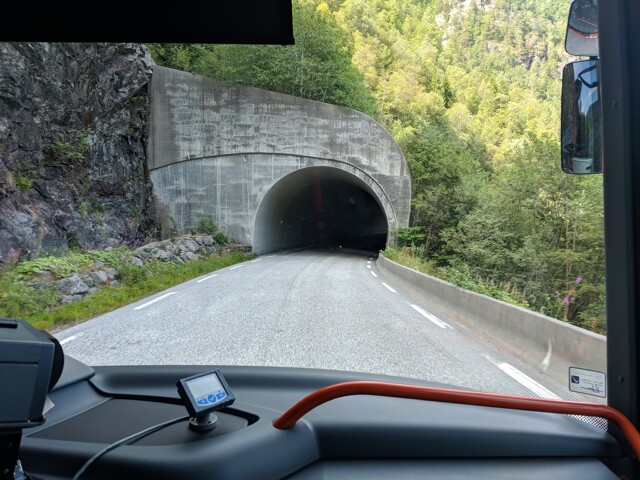 IDK how I thought I could walk through this

Once in Granvin, I had to take yet another bus because the only way to the Hardanger bridge was through an 8km tunnel.

I hopped out at the first stop, took some pictures of the bridge, and then got to steppin'. It was only a few miles to where I resume the actual trail from Bjotveit. 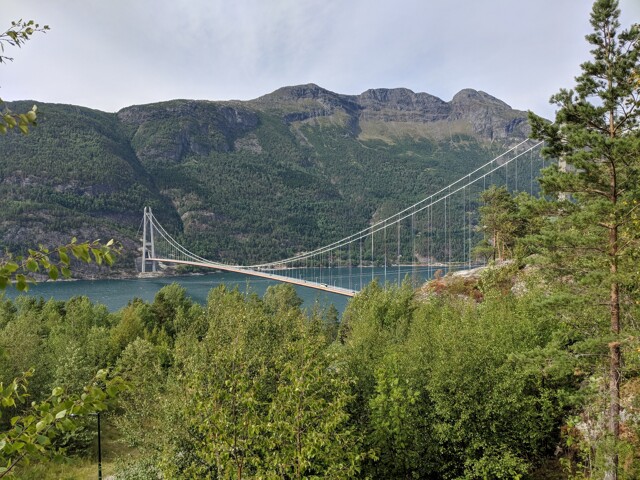 This was also along a highway, but they had presentation bypasses around the tunnels, and a shoulder of sorts that I could walk on. So that's what I did (vs taking yet another bus). 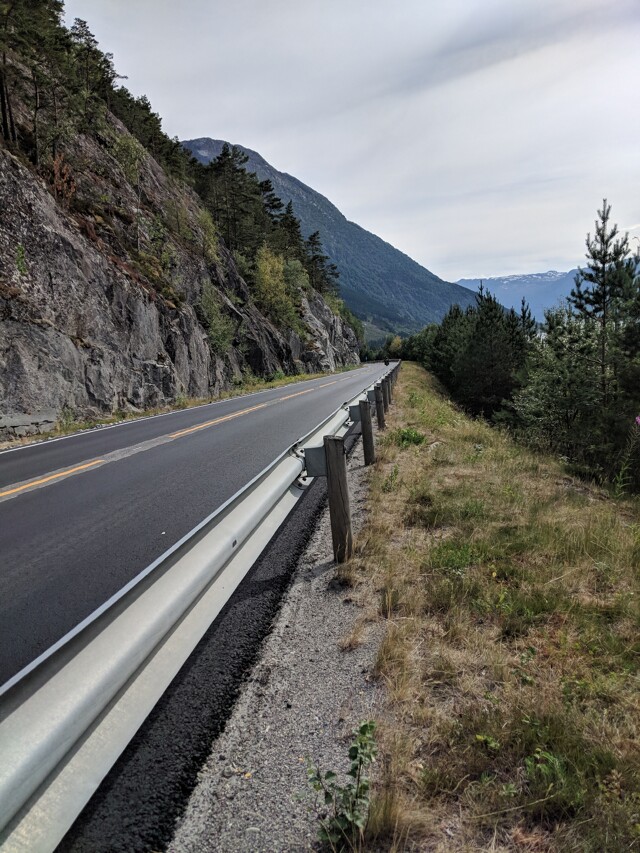 Along the way, I passed some people selling cherries for 50 NOK, so I picked up a box for dinner -- it'll be nice to not eat crushed dry Ramen for a change. 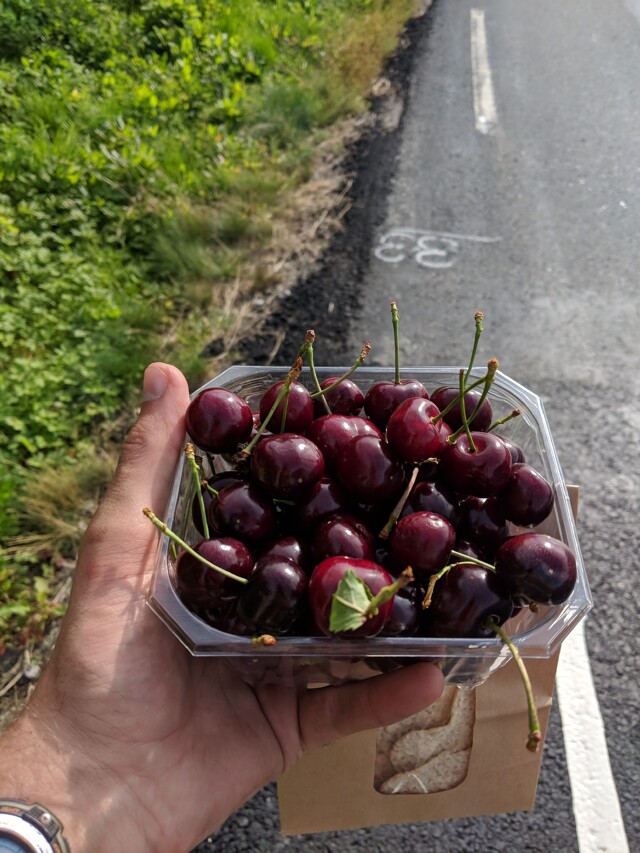 I can never say no to this when I'm hiking

After eating dinner, my climb began. 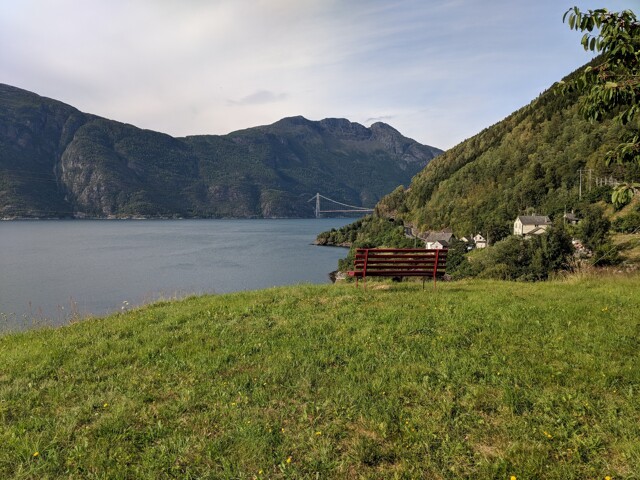 I didn't eat dinner here, but I wish I had

This was a brutal 2200-foot climb following this river/waterfall back up to its source. However, I didn't mind it so much, because I knew there was a goal tomorrow which wasn't back at sea level! 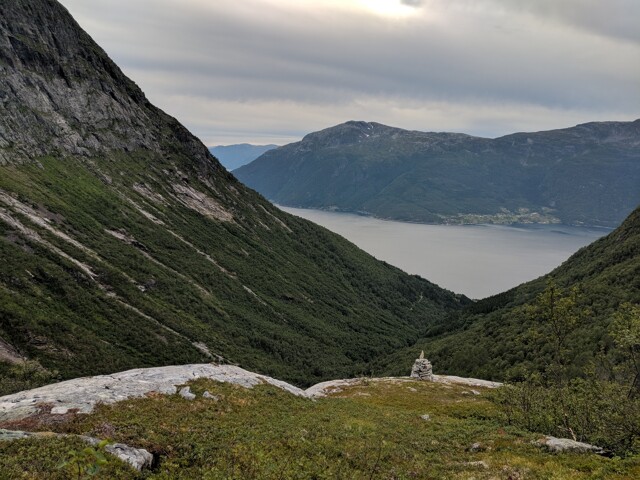 Looking back from almost the top.

Tomorrow, (after another 2,000 feet of climbing) I should finally be entering Hardangervidda nasjonalpark!

I did notice that -- oops! -- I'll suddenly above tree line. This bodes ill for my hammock plans, but we'll solve that tomorrow.

I found a solution for today. 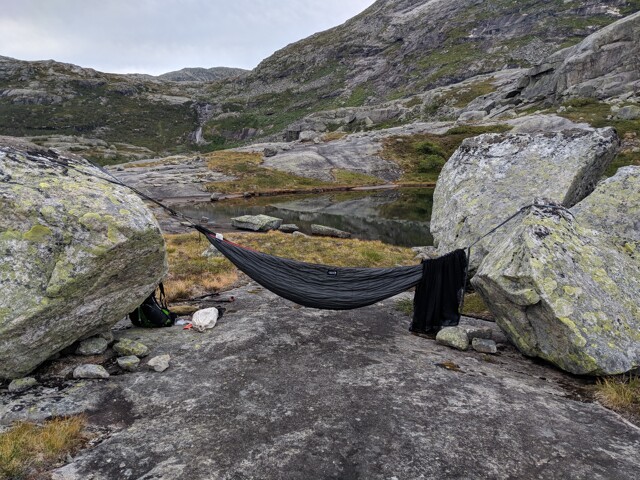 You could say this setup ... rocks. 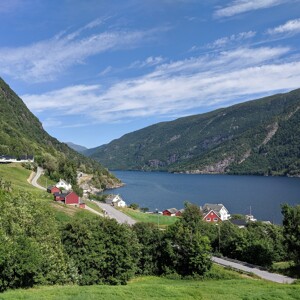