I took an accidental zero today in Yosemite, so this will be a quick and boring update.

The short version is that Peanut and I decided to skip ahead to Sonora Pass, past all of the super dangerous river crossings and flood zones, and then we'll be back to fill it in later on.

Then we talked to a ranger who had just finished a patrol of the Hetch Hetchy watershed and we schemed up an alternate route which skips the dangerous zones, has minimal road walking, is five miles longer than the PCT, and then rejoins the PCT before leaving Yosemite.

So, game on! However, Peanut already had bus tickets to visit family for some time, so I'm flying solo on this one. Back to ninja camp at Camp 4 and hit the trail at 4am. I've got this. 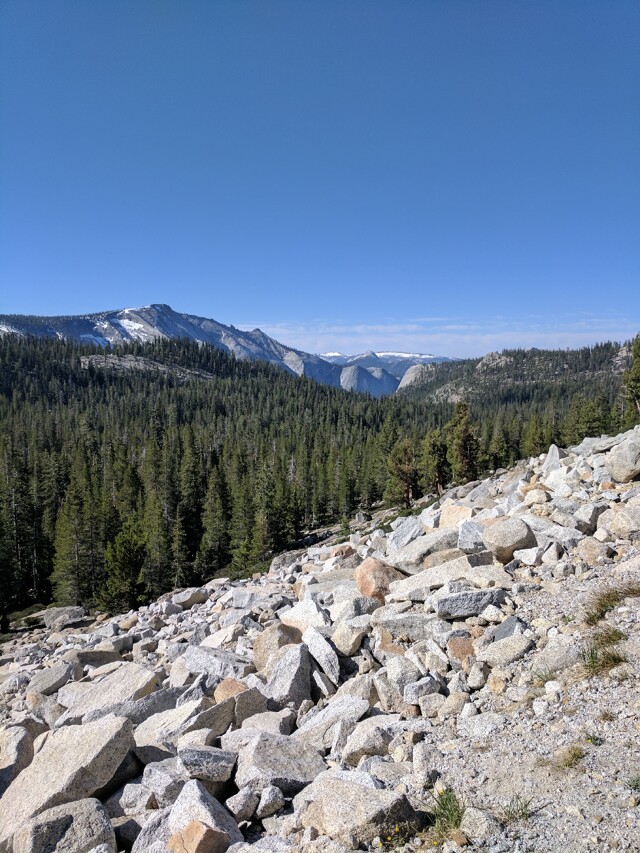 I didn't take any pictures today, so have this picture from yesterday

I've dubbed this route the "Hetch Hetchy Alternate", for those that are curious. Here's the basic plan: