The price of admission

This post is going to sound pretty negative, but just bear with me. It's been a rough couple of days and it'll all tie together, maybe.

Today started with a 4:00am hike because that's when you need to start, while the snow is frozen. And of course, it started with a barefoot ford across a river in below-freezing ambient temperatures. (While we were thawing, my water bottle froze.) 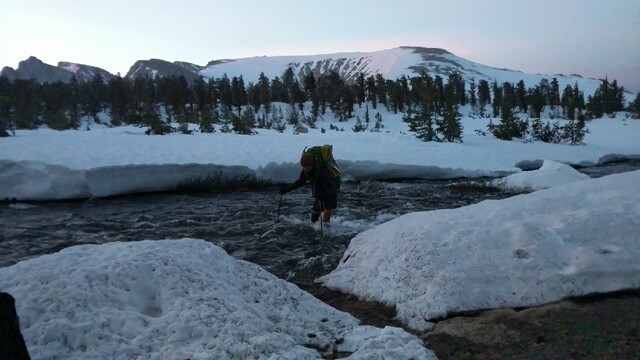 Peanut fording over to us.

So basically, the Sierras got hard. Really hard. All of the sudden.

I was warned about this, though. Back in Kennedy Meadows, there was a Facebook post by one of the first teams to make it through the Sierras and they said:

I don't mean to frighten anyone with this post, but to be clear: it's not hiking back there right now, it's mountaineering.

It's a lot of 3:00am alarms with 4:00am hikes, followed by a thawing around 11:00am, followed by stomping through slush until you give up. Throw in waist-deep river crossings, crossing passes at 11,000+ feet, and you've got a complete day.

Oh, and it's bear territory, so we have to carry heavy bear cans that hold a very finite amount of food, so you're rationing yourself because you don't know how long it will take to get to civilization again since the miles are so unpredictable. 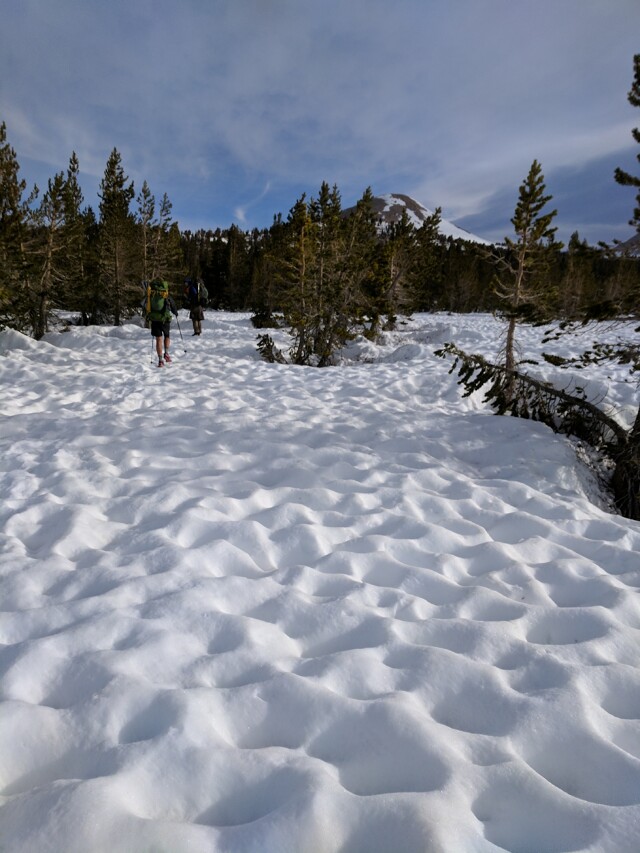 Trying to find the path through an endless field of slushy sun cups.

On days like this, I think back to a letter that Peanut's dad wrote him at Kennedy Meadows, the start of the Sierras. It had a quote in it that went something like this:

[Peanut], I believe you are about to see some of God's glory in design and creation as you enter the Sierras. I also believe it will be quite difficult. Consider that difficulty as your price for admission. A price few others can or will ever be willing to pay. It will be the greatest ticket you have ever purchased! 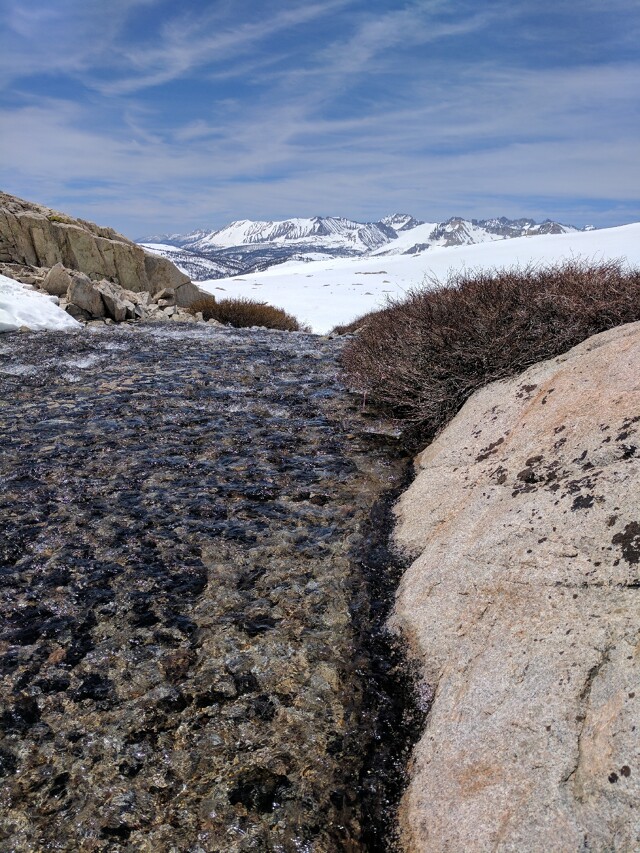 I don't expect to have a better view while collecting water

I've never been mountaineering, so I can't speak to that. I can vouch for one thing though: this is not hiking.

This is the price of admission. 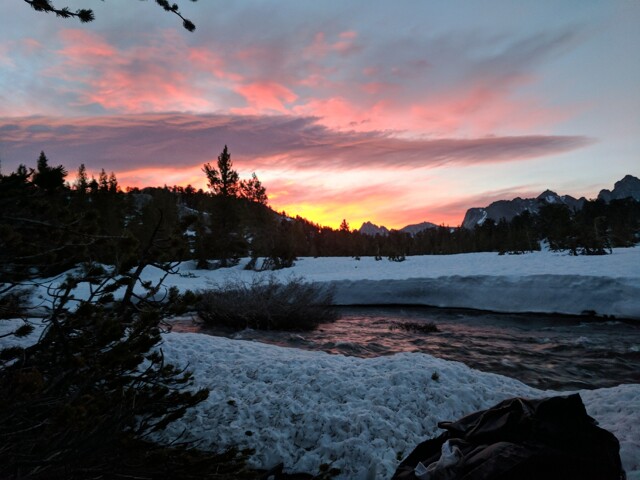 A price worth paying.