Today is an important day: not only is it my last town stop on the PCT, but it's also home to the bakery. The bakery of legends. The bakery that Martha Stewart gushed over, allegedly. In short: the bakery.

I was five short miles from Stehekin when I woke up, which meant I could hobble to the trailhead in time for the 9:15 shuttle to town, which stops at the bakery along the way. This is an unusual experience for me on the trail, because I wasn't hitchhiking. This is because the town is only accessible by foot (that's me!), float plane, or boat. The few vehicles they have were brought in on a barge at great expense. So: you don't hitch here. But anyway, back to the good parts. 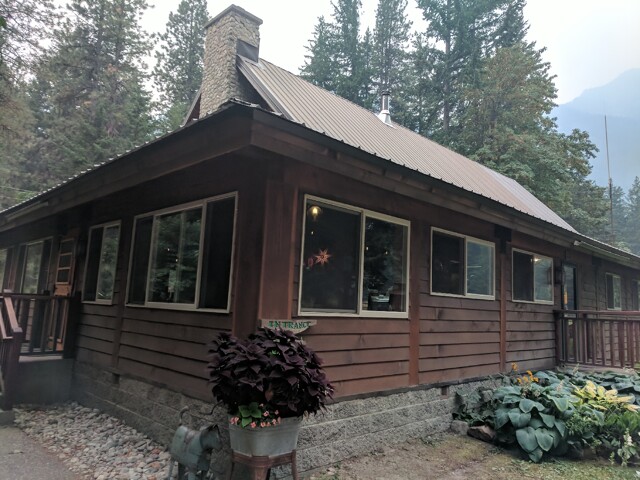 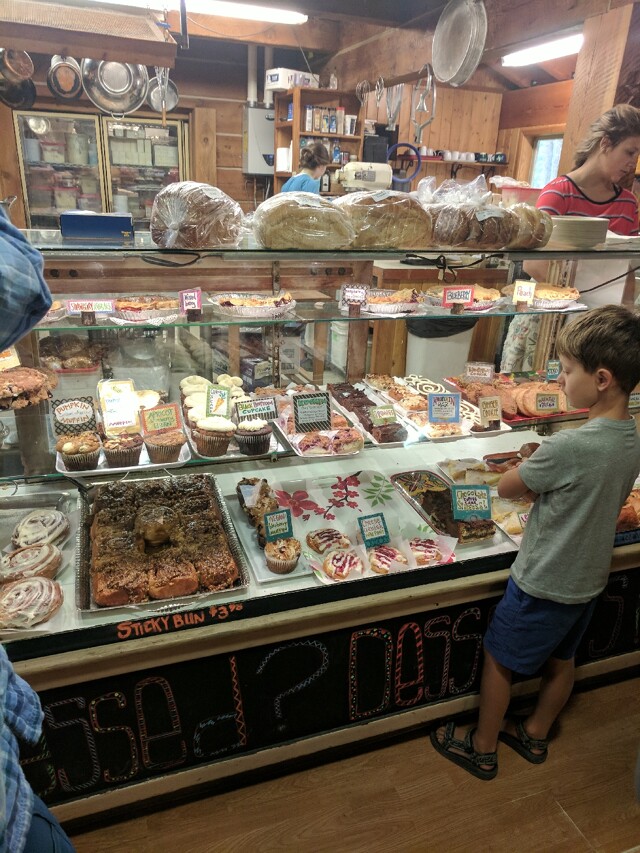 I loaded up on food and headed back to the bus to eat it in town. A collage should save space. I got some cookies -- there were more, but I ate them before I remembered to photograph them. 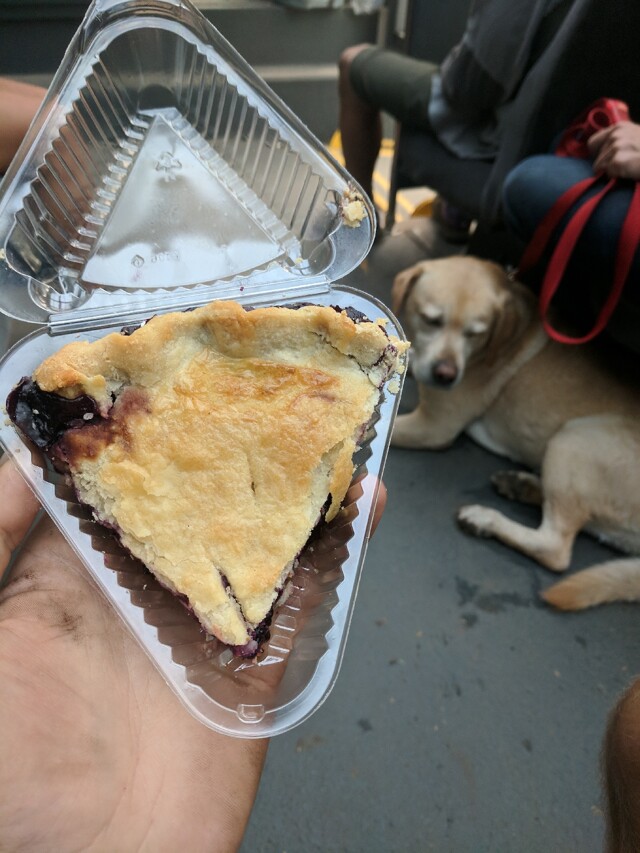 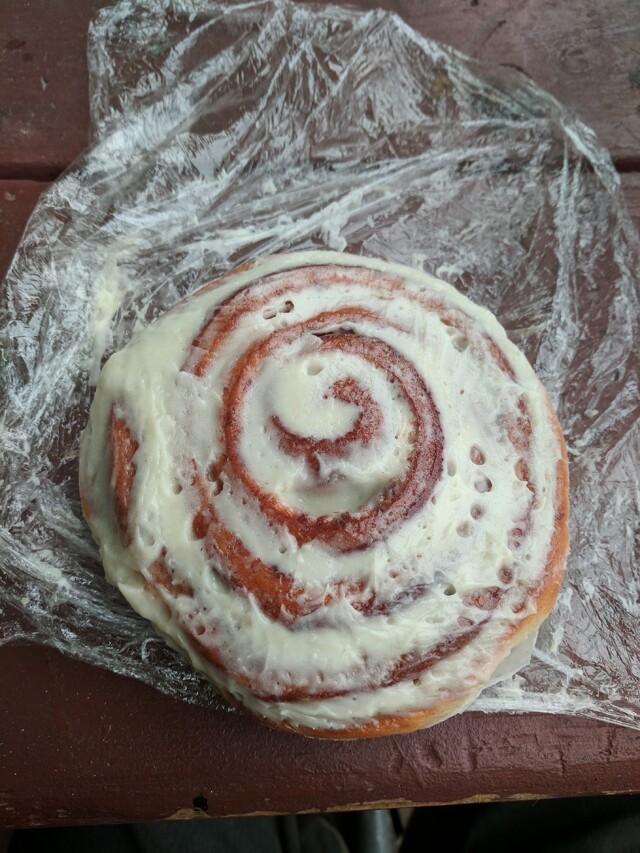 As do their cinnamon rolls!

Once I had my fill of sugar, I went and talked to the rangers about the smoke. It turns out that most of the nearby smoke was caused by a fire on the lake itself that is quickly growing. However, the Diamond Creek fire is also massive and growing quickly, but they're not expecting it to close the PCT in the next few days. Phew. 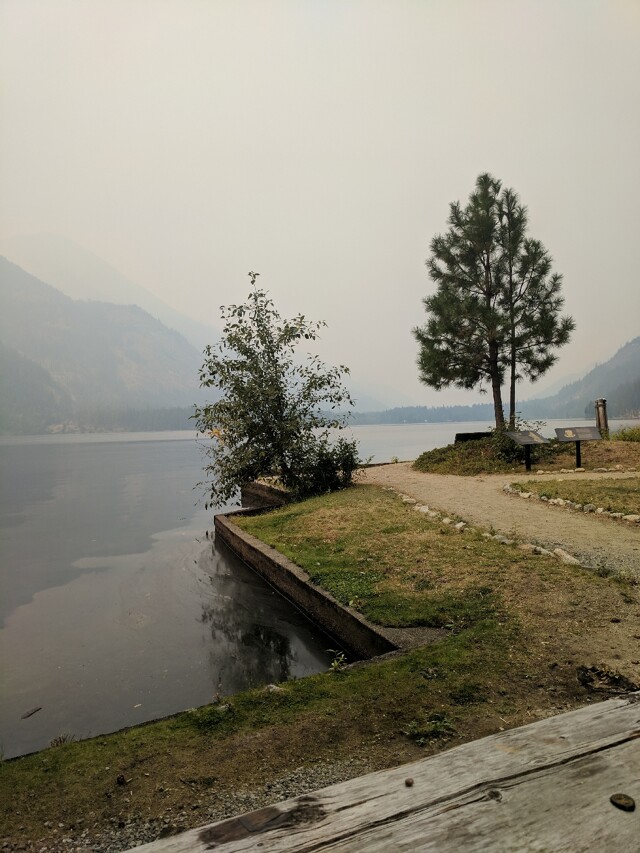 It's a very pretty lake. I bet.

I then took a quick nap and got back on the bus to head back to the trail. But not before stopping at the bakery for lunch, of course. 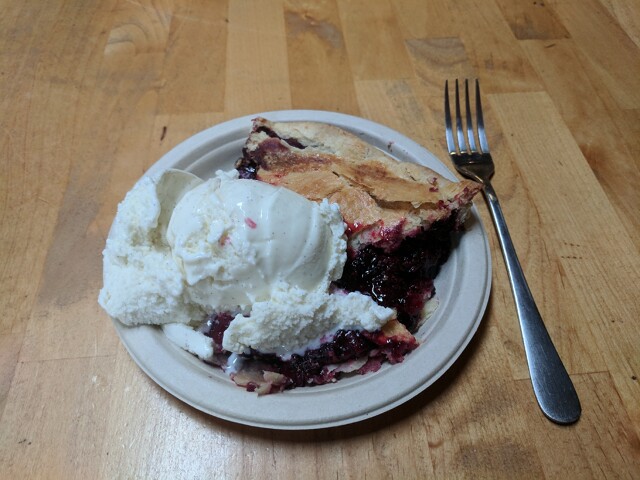 Pie while I waited for them to make my sandwich 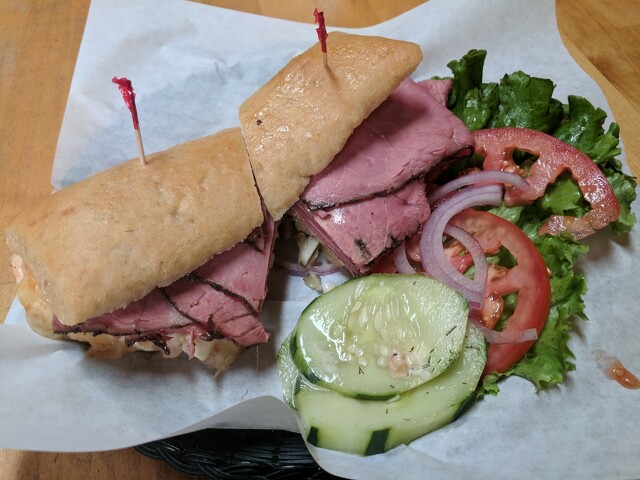 I'm a sucker for Reubens 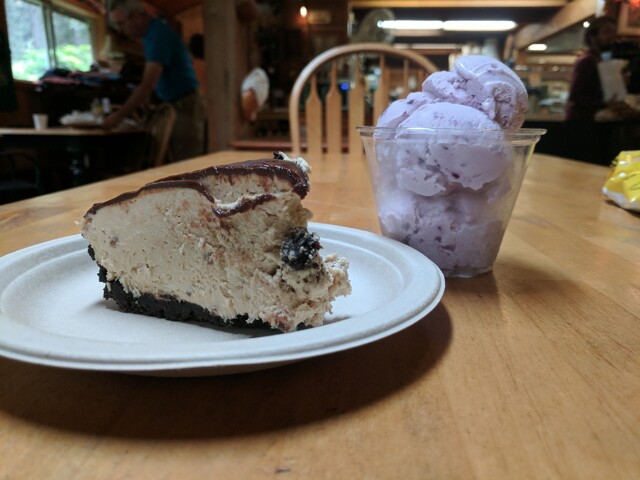 After all that, I got back to the trail a bit later than I wanted, but oh well. It meant I got to camp late -- I guess last night wasn't my last headlamp hike after all... Maybe this one.