But first, more donuts (hey, it's the only thing open at 5am!) And then another round of muffins and turnovers. Okay now it's time to hike. 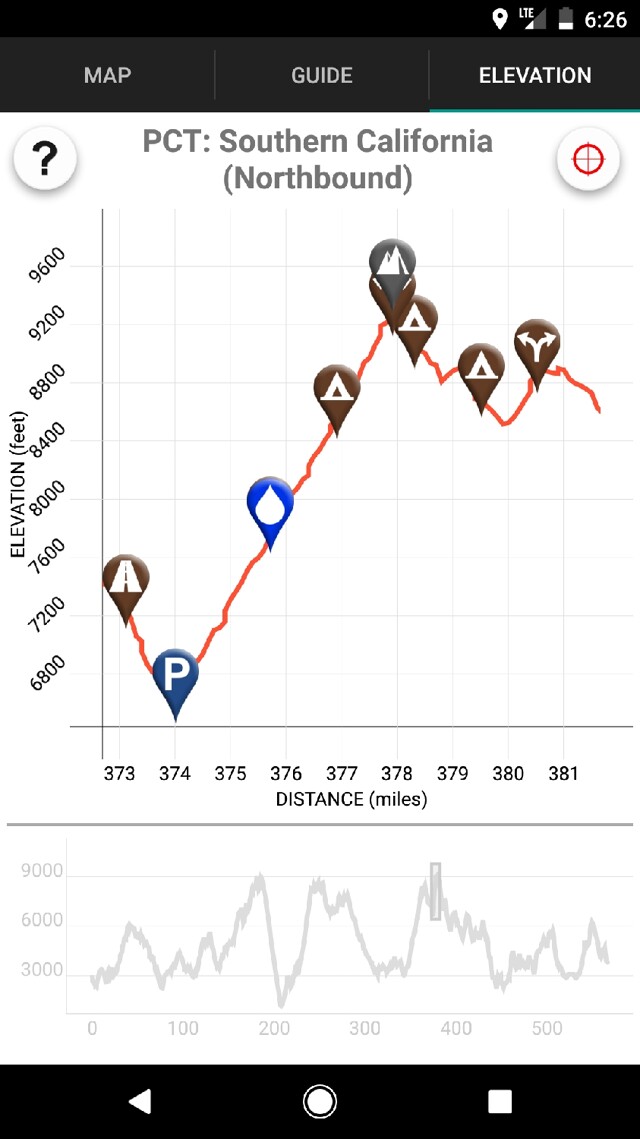 The climb was worth it, though! To the north was the Mojave desert, where we'll be in a week or so, suffering through brutal heat and long waterless stretches.

To the south was LA, though they were having a cloudy day. 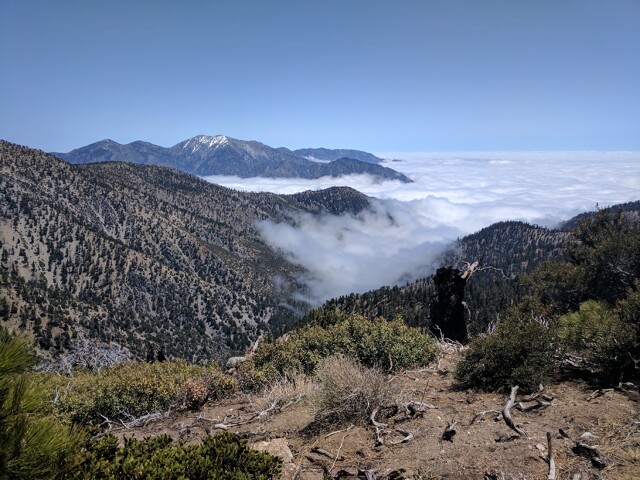 LA is under there, somewhere.

It was weird to me to imagine millions of people below, caring about their lives and thinking "eh, what crummy weather" because to us, there wasn't a cloud in the sky. Not above us, anyway. 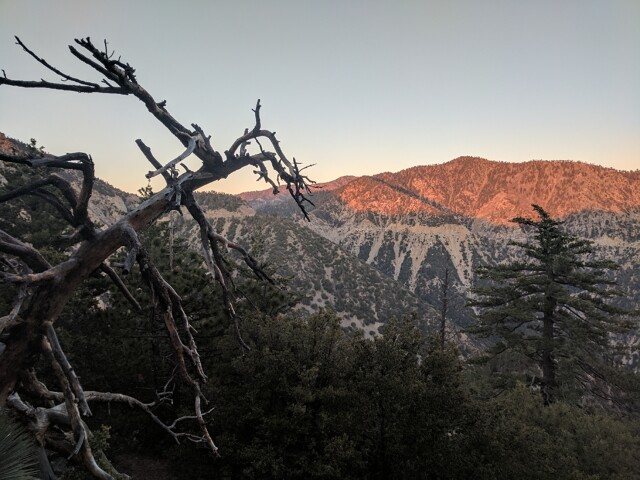 Sunset on some mountain whose name I forget.