Alright, two PCT passes in one day. Let's do this! Starting at 3:00am.

Two and a half hours later, we arrived at the foot of Pinchot Pass -- allegedly one of the hardest passes on the trail. Seems pretty straightforward to me, since someone had already cut steps

It turns out that the steps were well-cut, solid, and clear. We crossed the pass in no time -- it was pretty anticlimactic. 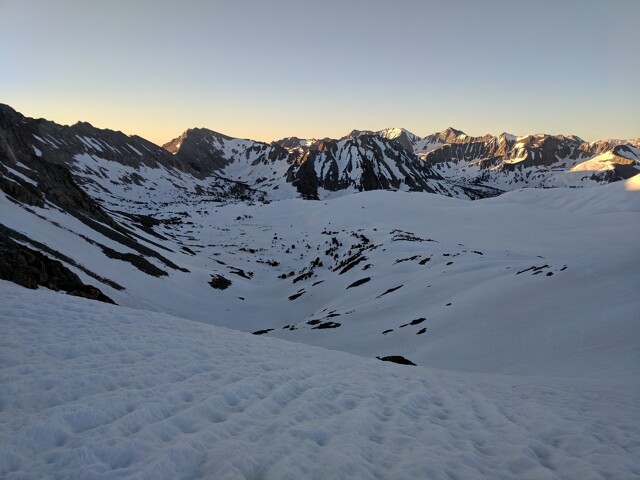 Looking down the backside of the pass.

No time to gawk at the view -- we've got 10 miles to go until the next pass, and the snow is softening by the minute! So off we went, hustling along.

Until some creeks needed to be crossed. 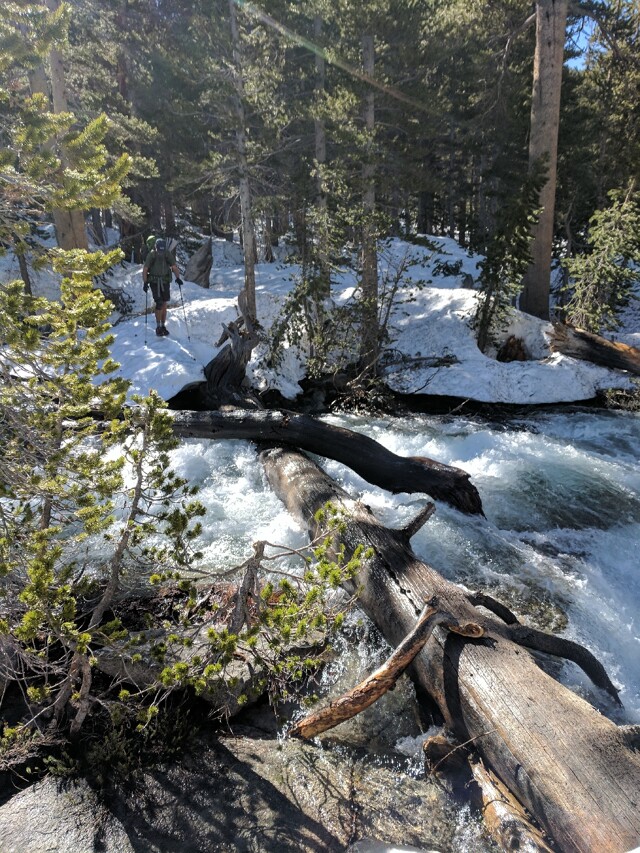 That slowed us down some, but we pressed on, and we soon reached the approach to Mather Pass: miles and miles of soft, melty sun cups. 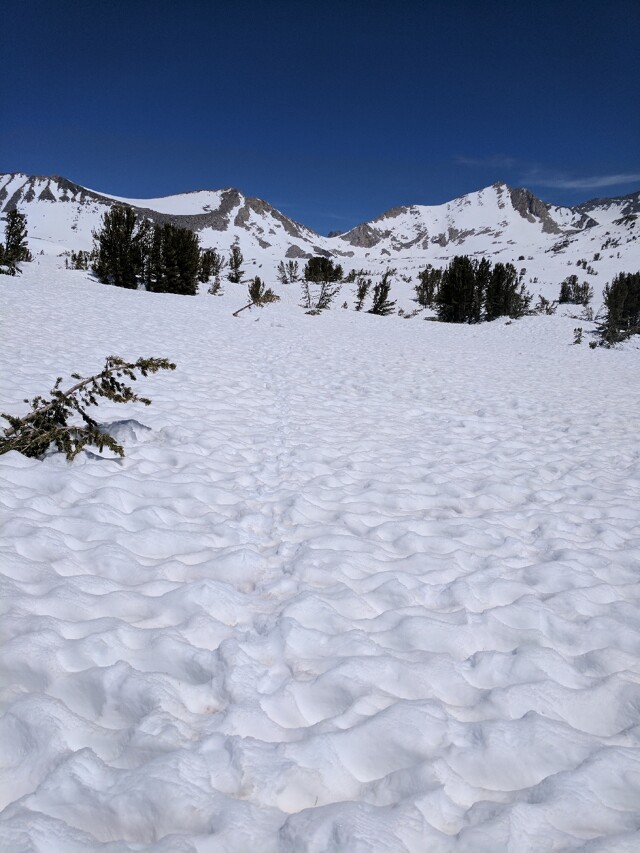 For two hours, we fought through this, trudging along, twisting our ankles constantly, until we finally arrived at the foot of Mather Pass. And we were completely exhausted.

We decided to admit defeat and cross the pass at 4:00am the next day instead -- going over now would be pointless, dangerous, and only satisfy our own egos.

So instead, we set up on some rocks right at the foot of the pass and head to bed early. Damn. 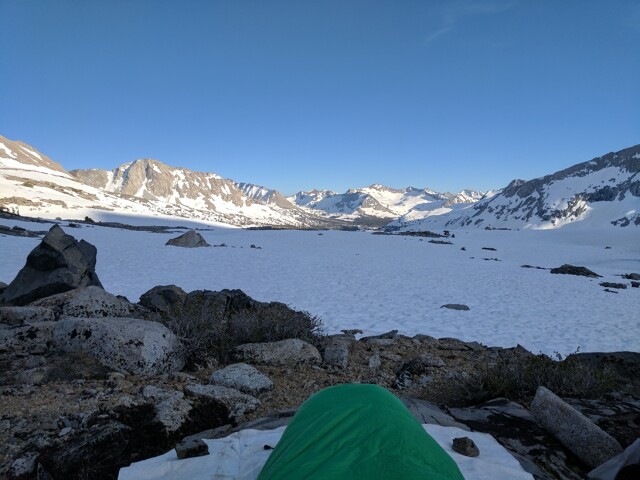 Hard to beat this view, though.