After our zero yesterday, we planned on a big day to make up for lost time.

And then we did 9 miles and said "You know what? Good enough."

When hanging out around camp in the early afternoon, we had two Trail Angels come by and chat with us -- Mountain Lion and Teehee. They were both characters that sort of defy description, but she was named after her laugh -- "teehee!" -- so maybe that will help with a mental picture.

Then our new friend Slosh taught us a new card game which Peanut fell in love with. It's sort of like a hacked-up game of Spades, if you know how to play that. It apparently has many names -- "Oh Hell" and "Judgement" are two common ones if you want to look it up. Otherwise, just ask me to play it with you sometime and I'll be happy to teach you!

Capping off the day was a slumber party with another new friend named Sunshine. Other than that, it was a pretty uneventful day (which was nice to have after a zero) 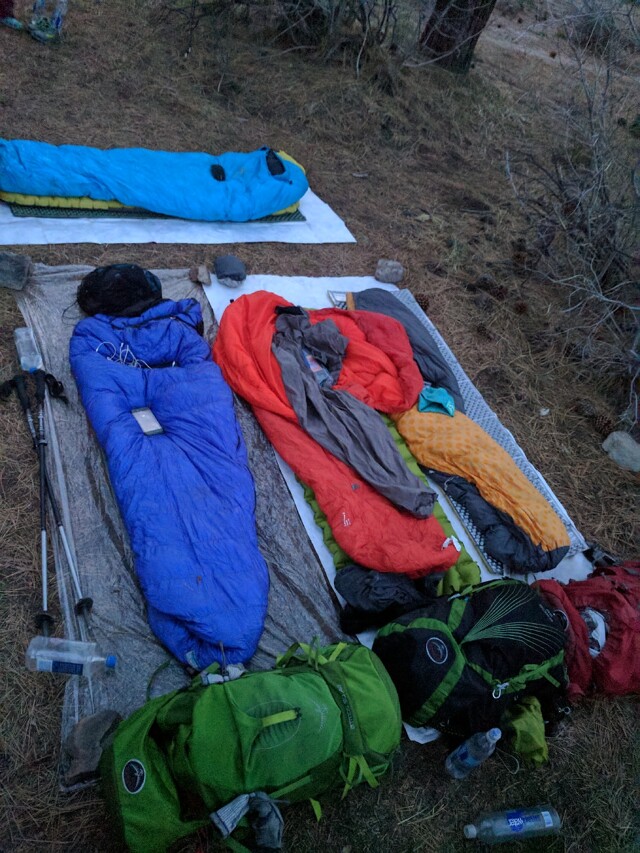 Four peas in a pod