There's only one way to make up for an early stop: an early start the next morning! So, the trail called to us at 2:30am, and we answered.

This allowed us to set a new personal record: we crossed Mather Pass at 3:43am! 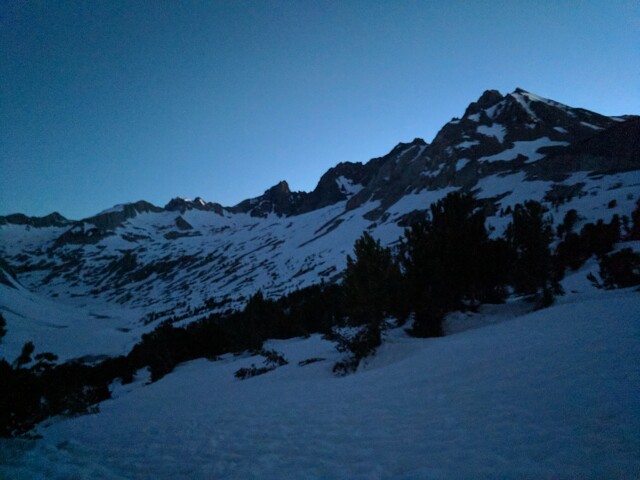 At the bottom, we followed a gorgeous valley for a while, doing our normal hiking thing. 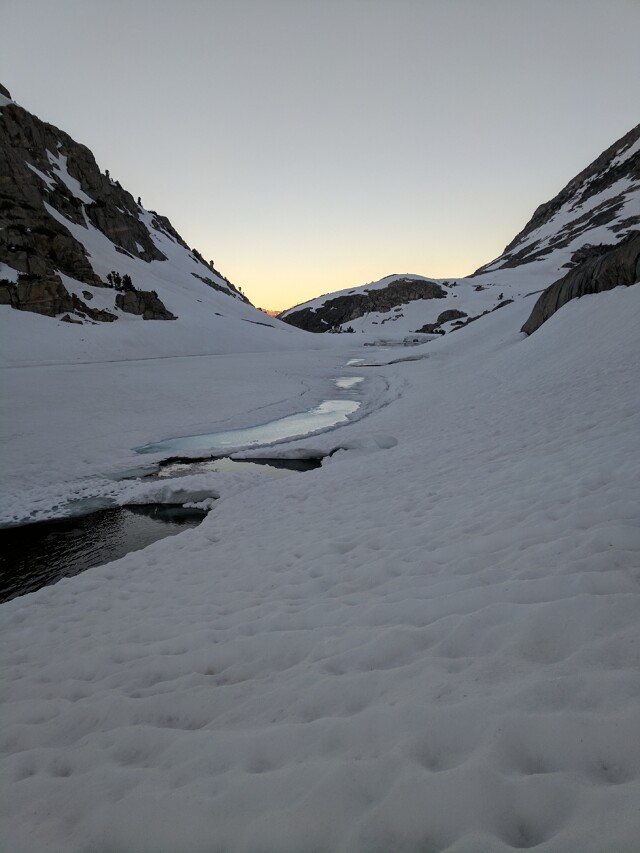 Eventually we turned a corner and had a has-been view of the vast and spectacular Palisades Canyon: 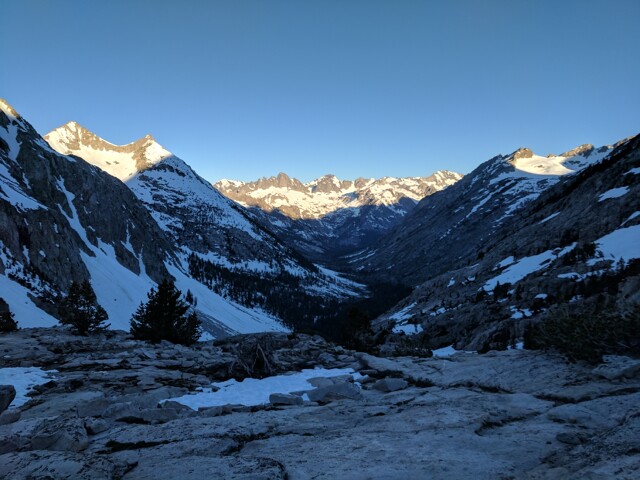 After some more log crossings and valleys, we finally called it a day once we were at up for Muir Pass, 18.34 miles later. This is another new personal record for us in the Sierras!

Tomorrow will be even longer, though -- in addition to doing the interminable Muir Pass. 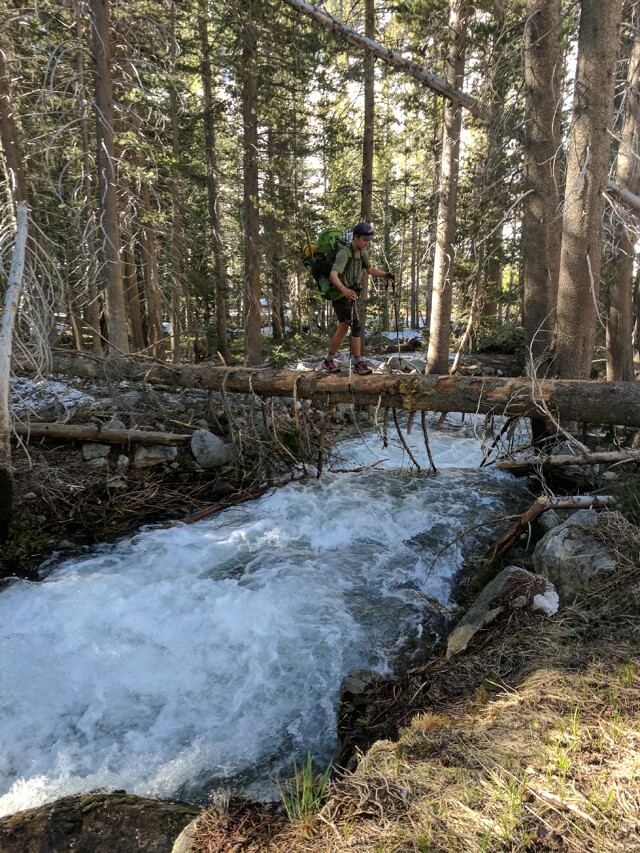 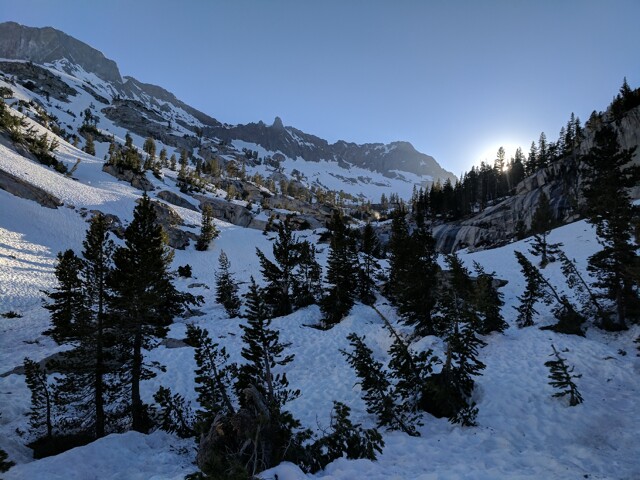