What a great day.

Up first was a great swimming hole / creek that we found (well, that's a bit of a stretch -- it was right on the trail). It made for a fantastic lunch spot and we were able to refill our water bottles in no time flat. In fact, it was so nice that we even considered camping there and pushing the hot springs out another day. However, we ultimately decided to stick with the plan and moved on. 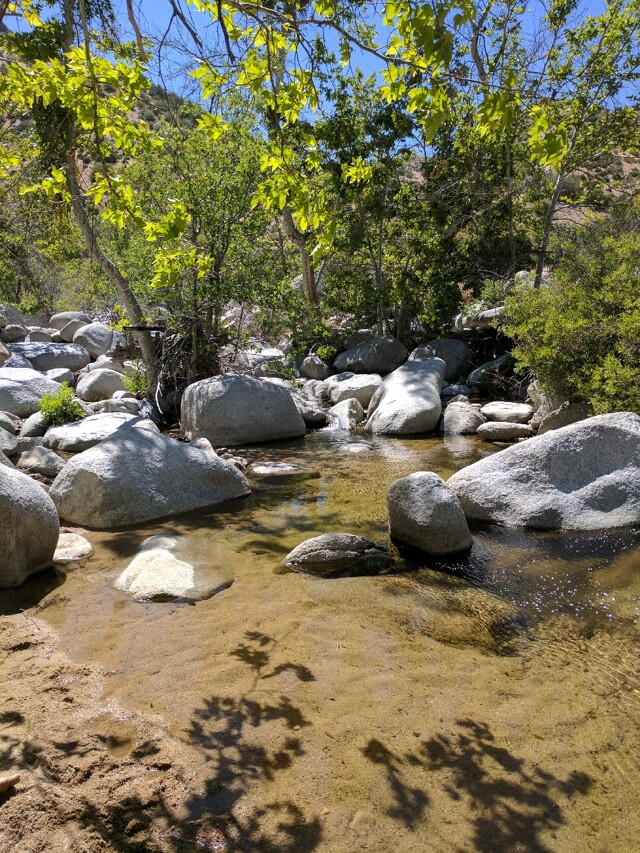 After a few more miles, we reached what we had planned on: the Deep Creek Hot Springs. I don't have too many pictures from here because it's one of those "clothing optional" deals, and I felt like a creep taking pictures, so you'll have to Google it if you're curious. (And for the record, we took the "clothing" option)

It was great, though -- lots of fun natural-ish pools of varying temperatures, lots of locals to talk to and impress with our journey, and a couple of awesome dogs to round it out. <3

It was definitely hard to leave, but after 3 hours, it was time to mosey on. Interestingly enough, my knee feels 100% better after that -- let's hope it stays that way. 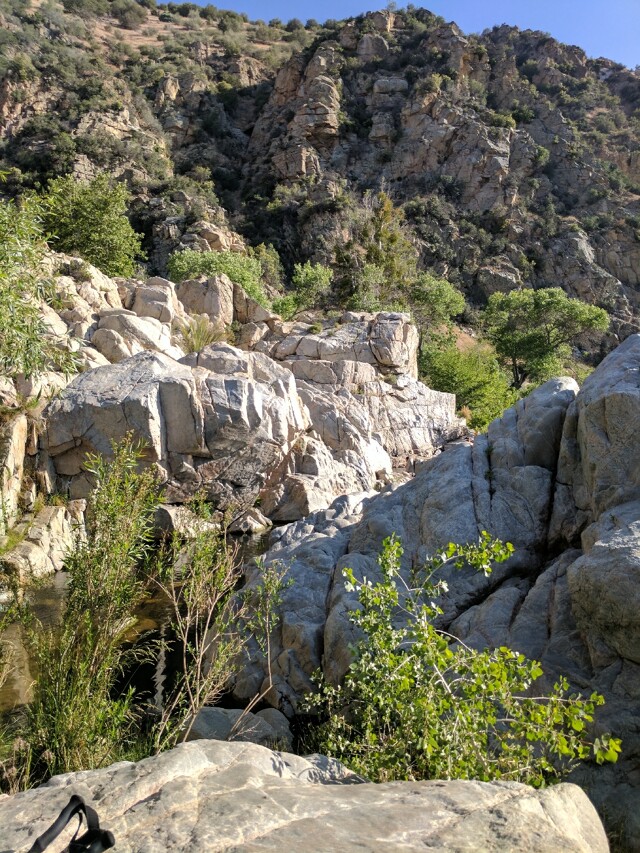 A picture of some of the pools, which actually shows you nothing. Oh well.