First up was the dreadful Kearsarge Pass. After a lot of trail blazing, we found ourselves back on the good old PCT. 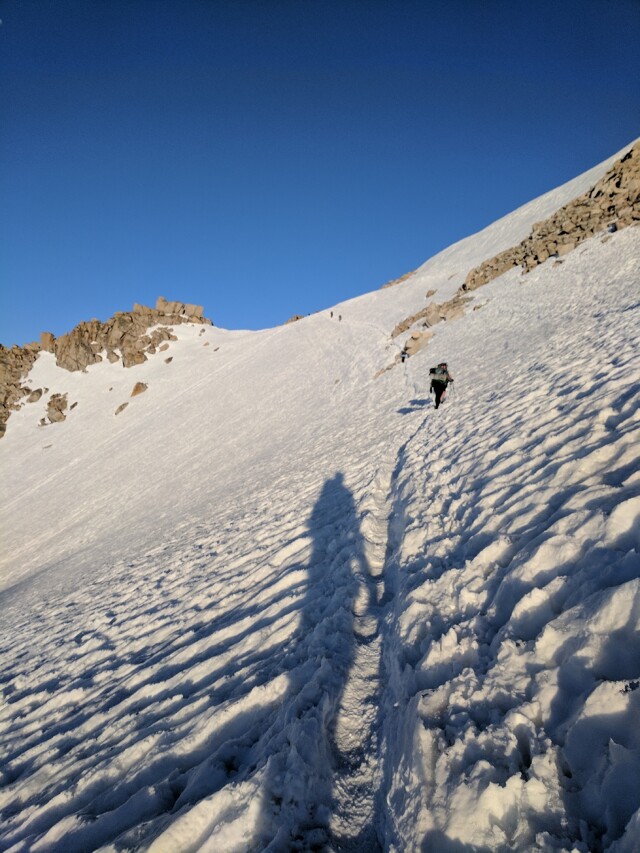 Peanut winding his way up the face. 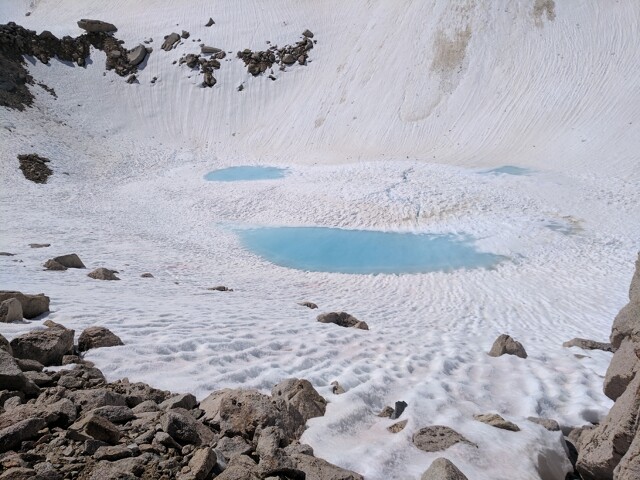 Pretty lakes that we passed over.

After we were back on the PCT (or the snow on top of it), it was only a few miles to one of the steepest passes on the trail: Glen Pass. This pass is the exception to the rule -- since it's so steep, it's recommended to do it in the afternoon instead of the early morning. We were only happy to oblige. 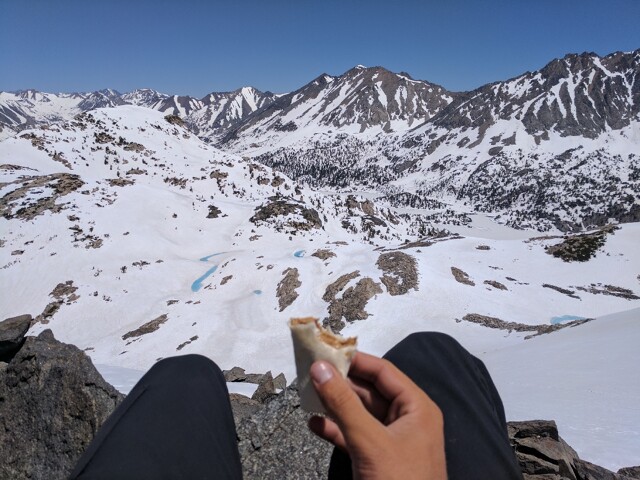 Not a bad place to eat a blurry peanut butter and tortilla burrito.

Then began the descent. It was steep and slushy and pretty scary. Eventually the footholds gave way, so we decided to climb the rocks. 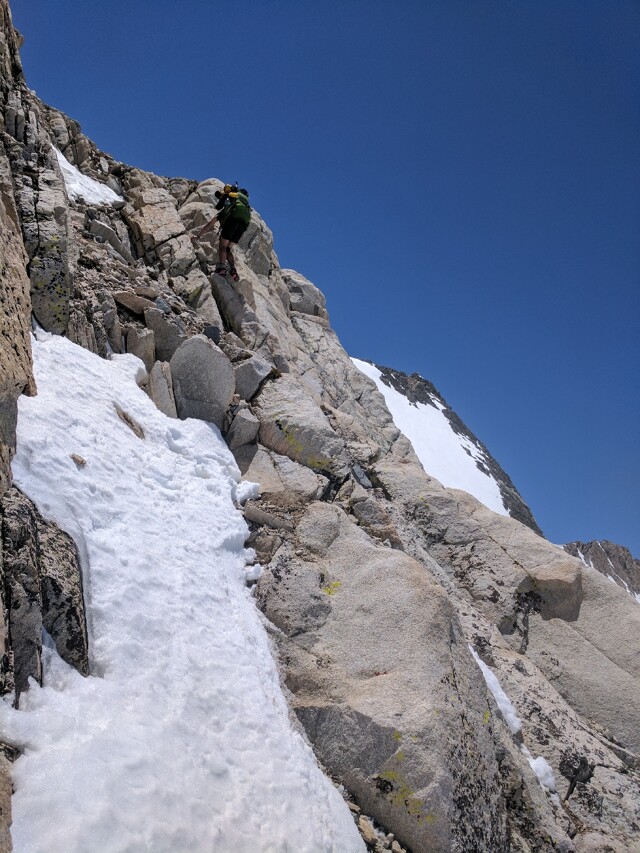 Finally we were at the bottom, and found the trail! This is 100% of the PCT hard pack that we saw today: 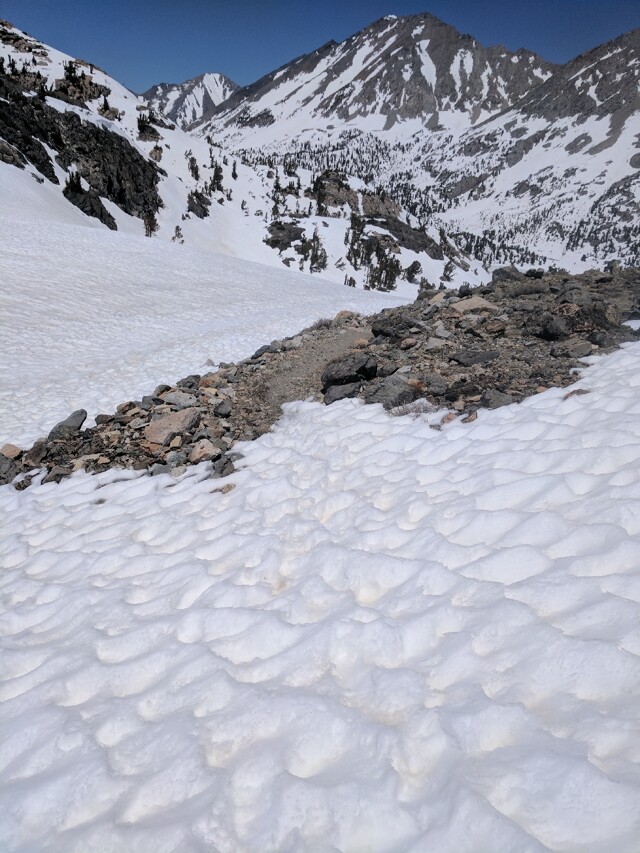 However, at the very end, we had an incident: The Chairman took a tumble down some cliffs! He's okay, but banged up a little and may have broken some ribs. He took it as a wake-up call and decided to call it quits and hike out tomorrow. As a result, Peanut and I also called it a day (we're not quitting, though) and spent the afternoon with him by the side of a lake. 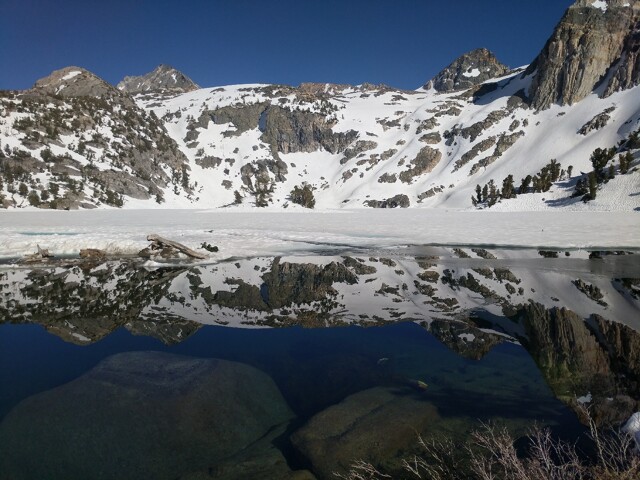 If this is your last PCT lake, it's not a bad one.

Tomorrow, we push on to set up for Pinchot Pass, said to be the most difficult pass. Let's find out if that's true.