This morning started with an exciting road walk -- there's a section of the trail that goes through the habitat for some mountain frogs, which are endangered. As result, they've closed a few miles of the trail and replaced it with a thrilling road walk. 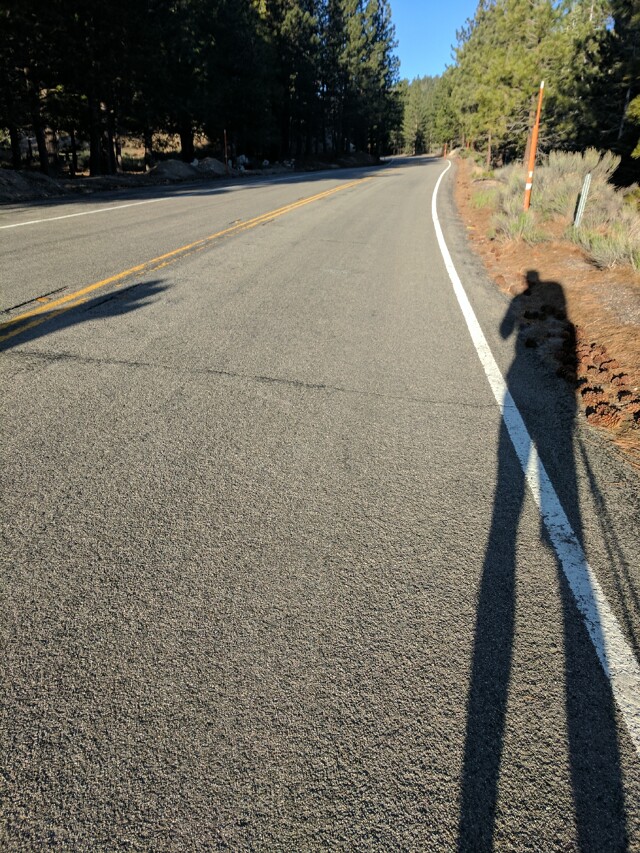 Shortly after that, though, it got exciting! Up first was this: 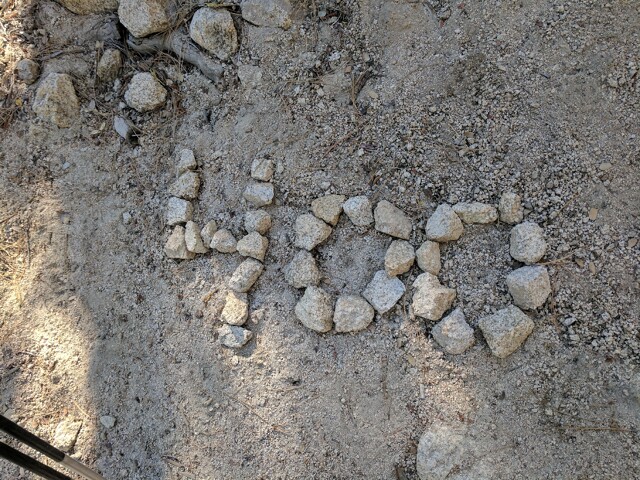 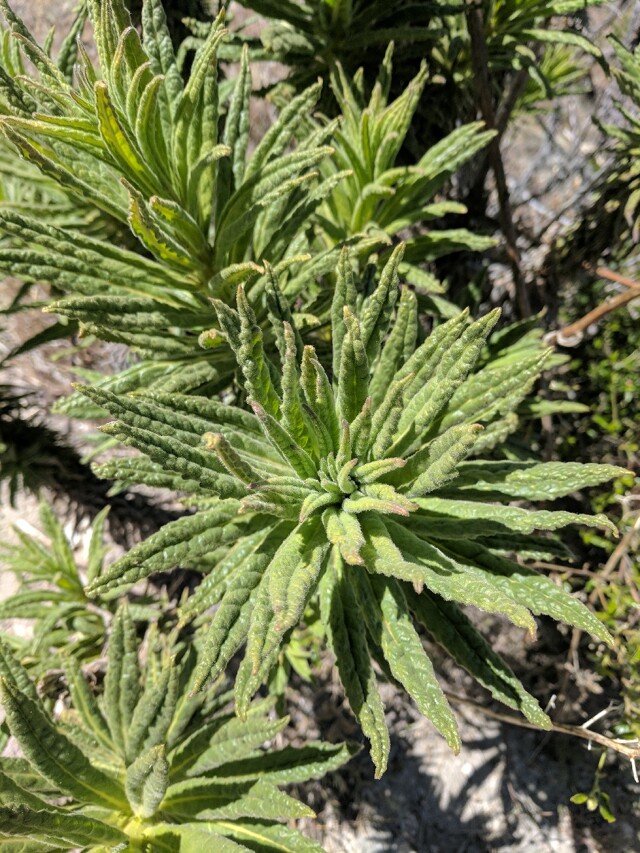 If you don't recognize this, (I didn't until I started planning this trip) it's the feared and revered Poodle Dog Bush. It's apparently way worse than poison oak, and allegedly sends hikers to the hospital every year. If you have a strong stomach, Google for [poodle dog bush rash] sometime.

Anyway, it was all over the trail, necessitating careful stepping, and meaning I couldn't zone out. 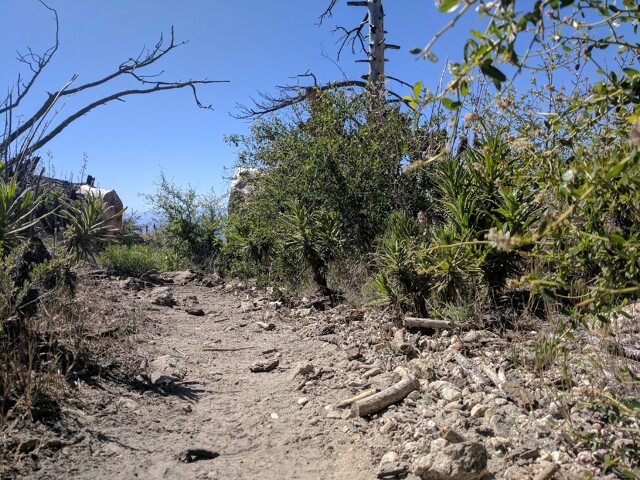 Thankfully, it totally reeks of weed, so you have some notice when some is in the area. (And if you're claiming you don't know what that smells like, I don't believe you. If you really don't know, it smells like Poodle Dog Bush.)

After a long day of hiking, we got to a fire station which generously lets hikers use their hose hookup for water, laundry, etc. You can't camp on the premises, but there's an acceptable site some 100 yards away.

Early dinner and bedtime for me!