At 13,200 feet, Forester Pass is the highest point on the PCT, and we wanted to be there for sunrise. 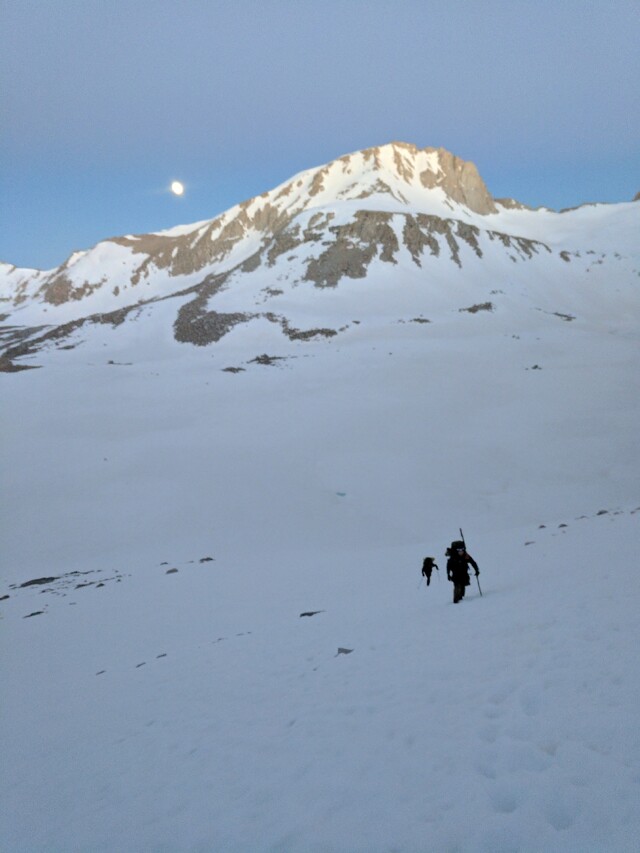 Monk and Peanut climbing the face by moonlight 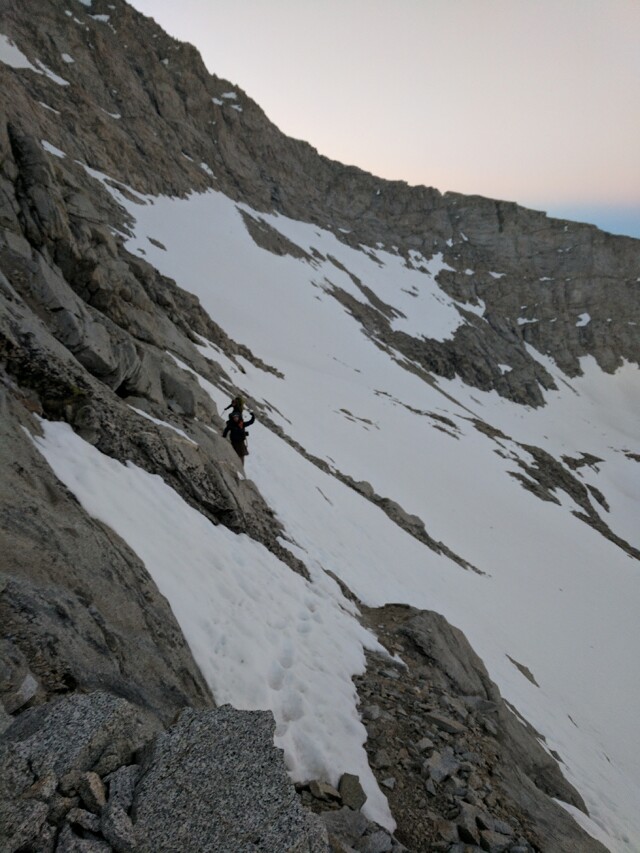 Monk and Peanut approaching the switchbacks 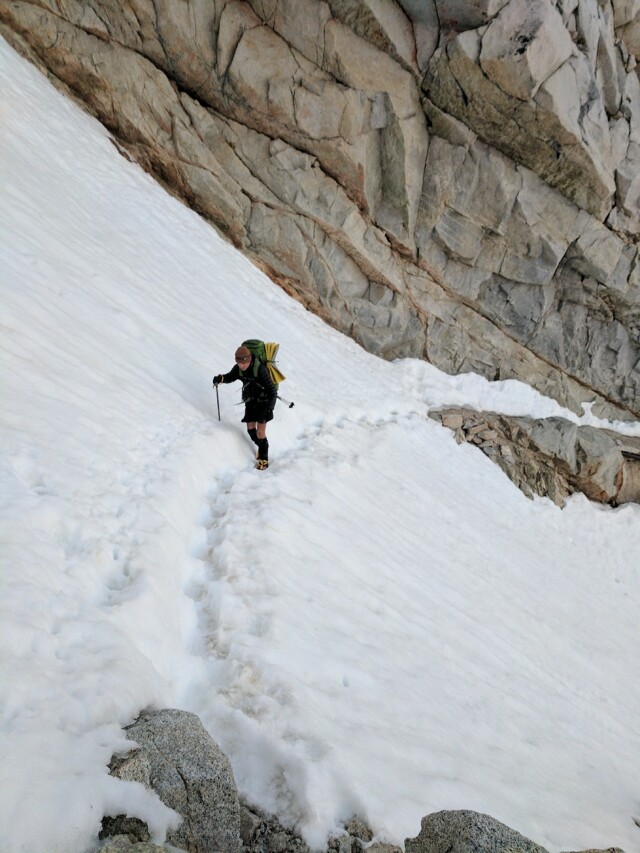 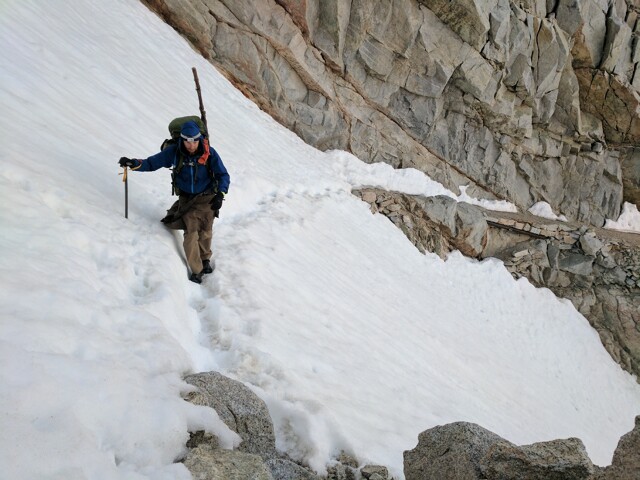 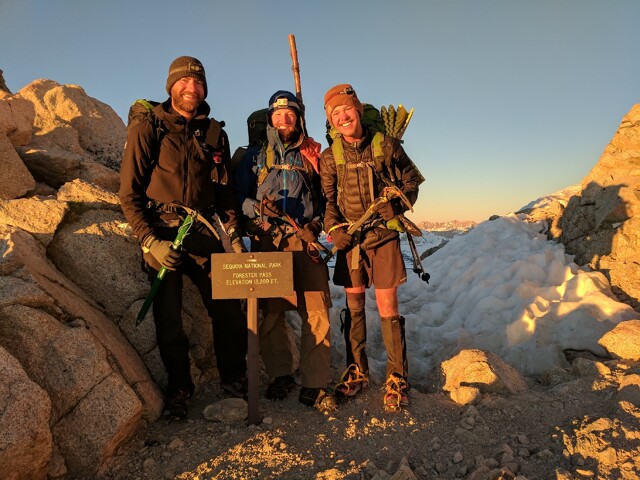 We made it for the sunrise!

Forester Pass is the border between Sequoia and King's Canyon national parks, which are some of the most beautiful parks in the trail, and reportedly the country. So sitting on the divider for sunrise was incredible. 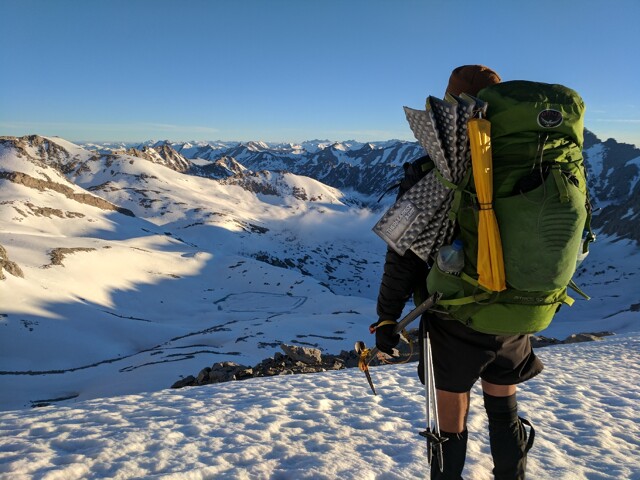 Peanut looks into King's Canyon before we descend

After the pass, it was a 9-mile hike down and back up Kearsarge Pass, so that we could exit and go into town for more food. (This was desperately needed -- we were all down to scraps)

In fact, I was in such a foul mood that this is the only picture I took during this slog. 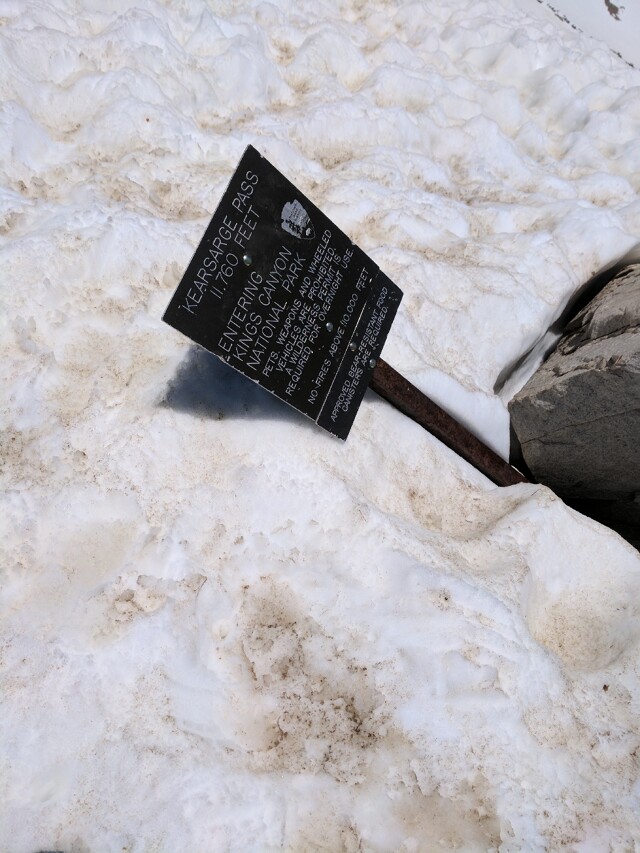 The top of Kearsarge Pass

But I ultimately made it to the trailhead at 2:45pm and hitched the 13 miles into Independence -- when did summer in the desert get so hot?!

I was able to pick up a package from the post office before they closed and now it's off to get Mexican food before resupplying tomorrow!