Monk, Peanut, and I agreed to be hiking by 4:00am, so that meant early alarms needed to go off. We planned to do 22 miles, which is a lot for the Sierras. We'd been told to expect 8-10 miles/day, but we have been pulling 20+ miles so far, so let's see if we can keep that up.

So anyway, off we went, while the snow was still frozen from the night before. This was fine (we didn't see much) until we hit the north face of a ridge we needed to traverse. Walking across frozen snow, in the dark, on a steep slope didn't sound like fun, so we stopped for a minute and equipped ourselves for the first time in the Sierras. 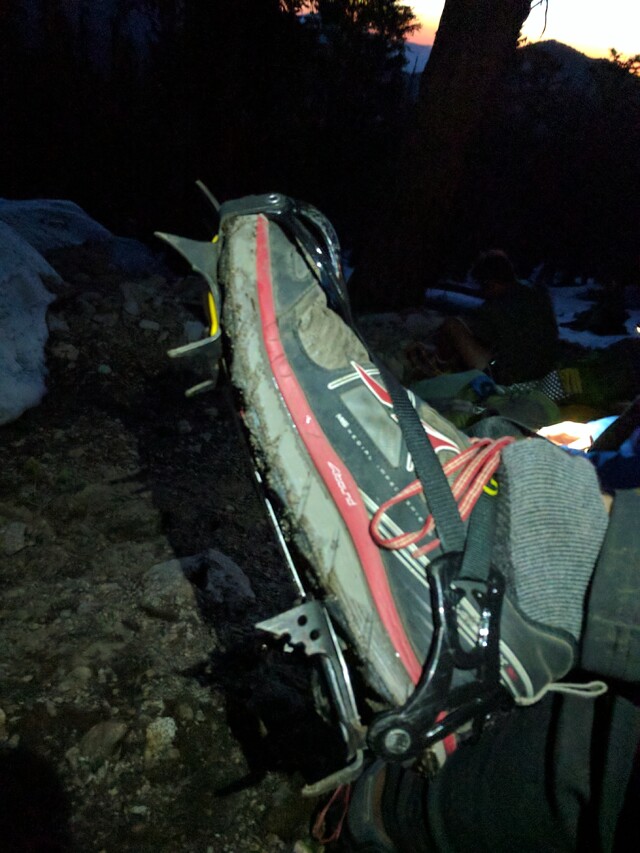 Time to get serious! 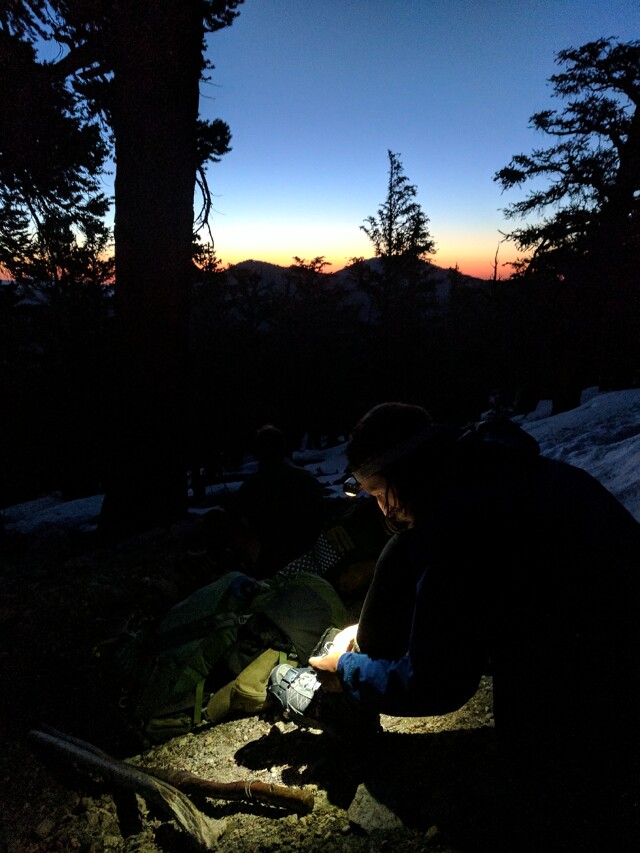 Monk spiking up in front of an impending sunrise 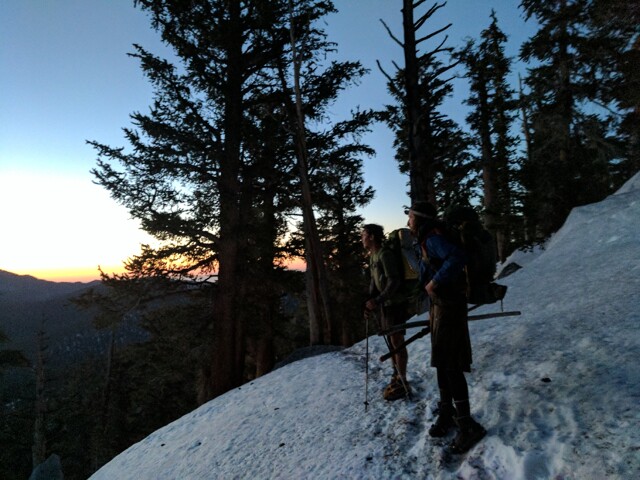 After several hours of (much safer!) hiking, we reached some snow fields, that had been heavily sun-cupped, which made walking really tedious. Oh well, the show must go on! 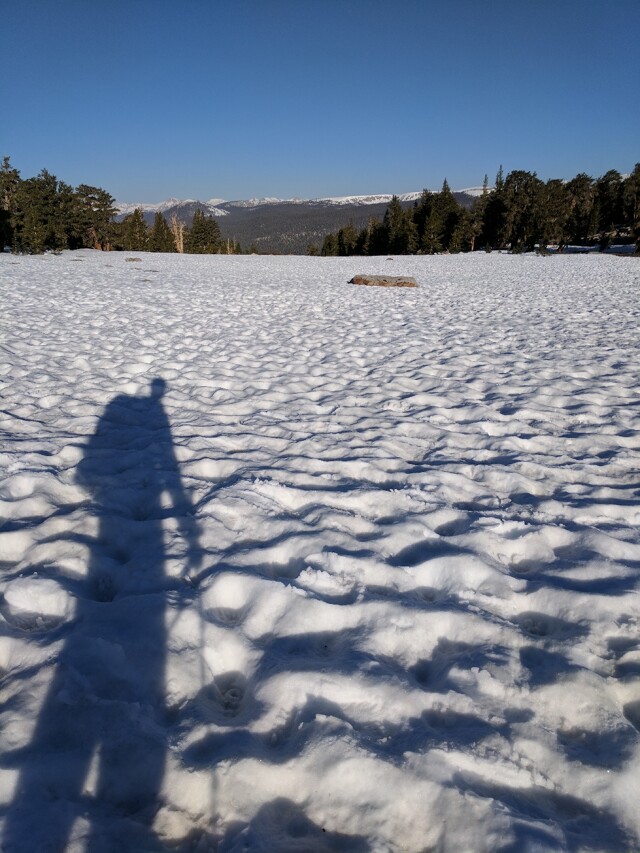 Eventually, we reached out highest climb yet, some 11,600 feet along a ridge. It would've been exhausting under normal circumstances, but wearing crampons, being at elevation, and wearing a heavy pack made that a certainty. Phew. 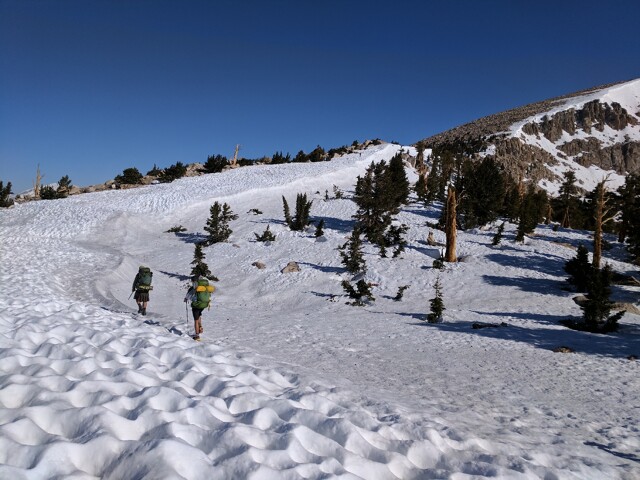 Monk and Peanut climbing the ridge 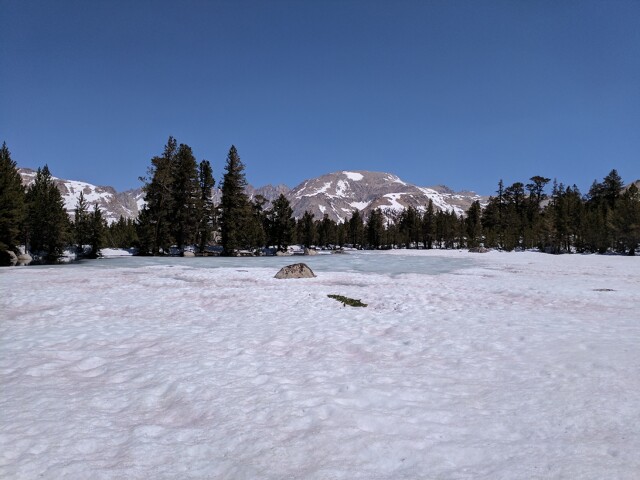 A beautiful alpine lake -- the first of many, I'm sure

Oh well, we finally made it over and were rewarded with this beautiful alpine lake.

We were also beat, and the snow was melting, making walking just totally draining, so we called it a day after only 13.81 miles. Oh well, you can't win them all. 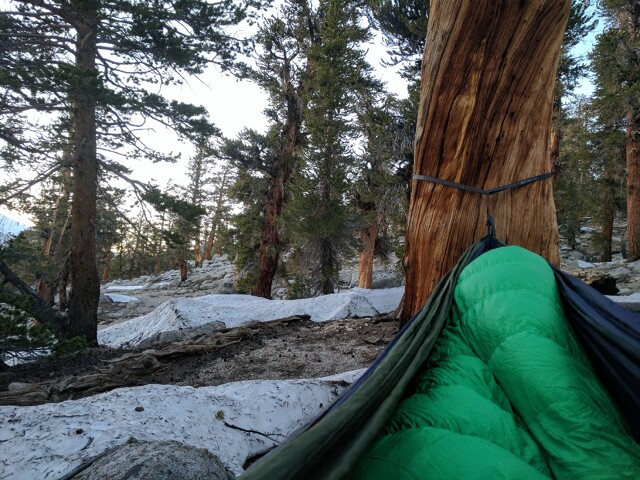 View towards the setting sun from my hammock