Today's the day that the US has been going bananas for: eclipse day!

Now, I'm not in the path of totality: that was the plan, but it went up in smoke when Mt Jefferson went up in smoke and they closed the trail. So, here I am in Washington with 90-something percent occlusion. Good enough for me!

This is going to be an easy morning: hike until about 9:15am, then find a clearing and sit and watch the eclipse through some eclipse glasses I got before Shelter Cove and have been carrying ever since. They're awesome. 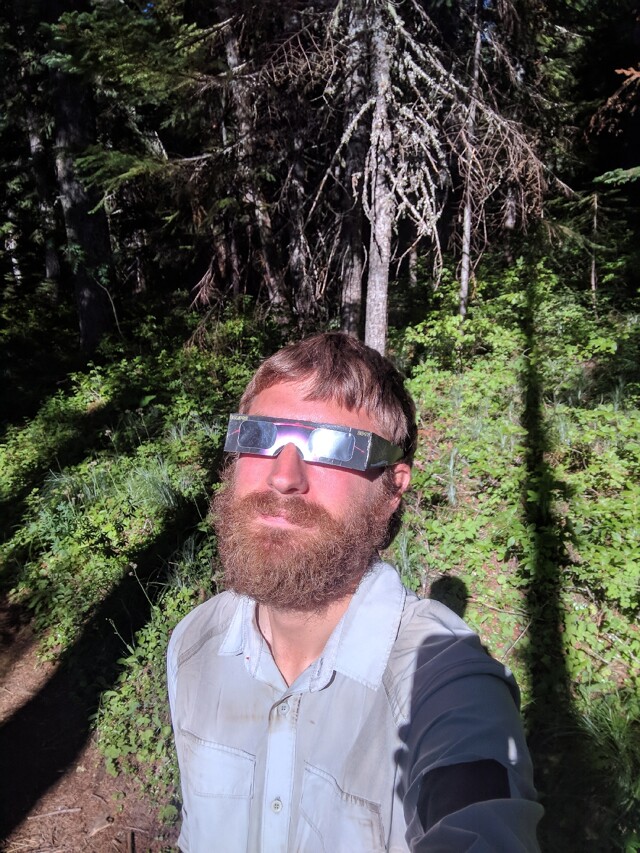 After that was over, it's time to hike. My foot is feeling pretty good, but it's not 100% (and won't be for a long time, so I'll stop making that update) so I'm going to take it pretty easy this afternoon, too.

Oh, and the eclipse was really really neat -- I'm very glad I had clear skies and glasses. It was a really cool experience but I don't have any pictures of it. My Pixel has a great camera, but not for things like this. Instead of bothering, I just watched the eclipse. I'm sure you can Google for better pictures of the eclipse.

Shortly after the eclipse, I came across a car-accessible established campground that was packed with people, and someone was offering Magic to hikers. Might as well grab some and do lunch at a picnic table! 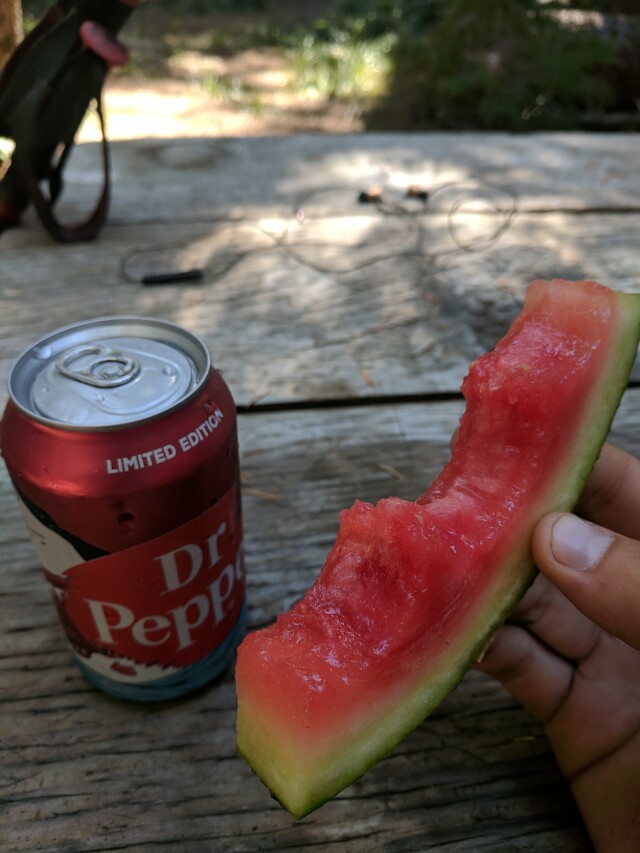 I think this is Mt Adams?

Eventually I arrived at Blue Lake and decided that was far enough. I meant to do an easy day but did almost 32 miles. Oops. 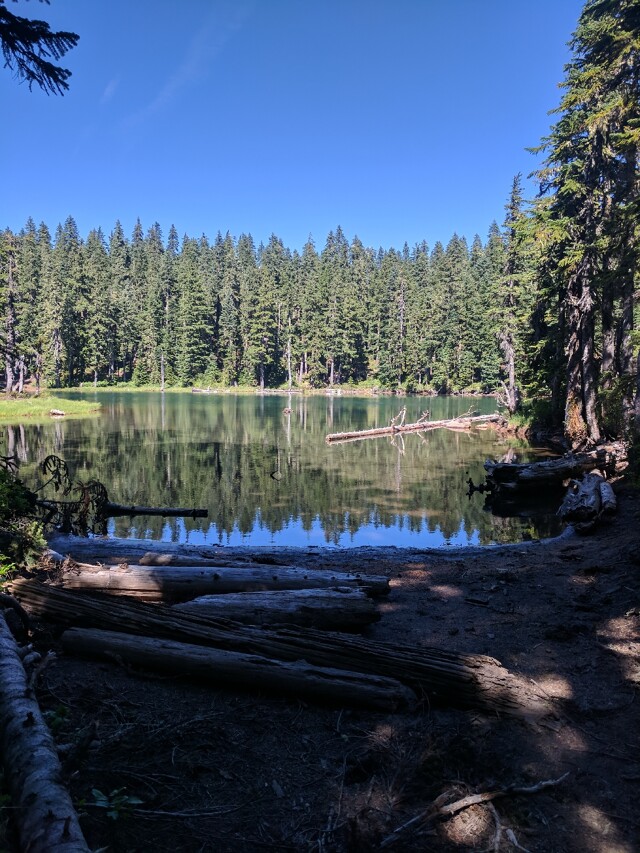