I'm fairly sure that I've got tendonitis in my foot (extensor tendonitis), after doing some serious googling and self diagnosing today. I suspect that it's because I've been wearing these shoes for way too long -- they have almost 1,100 miles on them, and you really shouldn't expect more than like 500 miles on a pair, given the lives they have to live.

So anyway, after 8.5 absolutely miserable -- sometimes excruciating -- miles, I arrived in Cascade Locks, at the south end of the Bridge of the Gods.

I did it. I completed two states of the PCT. 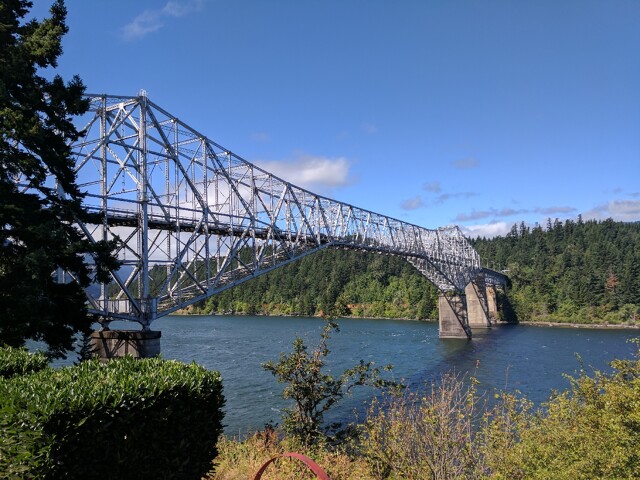 All I have to do is cross this and I'll enter Washington.

The hike wasn't all bad, though -- some parts of it were really stunning. 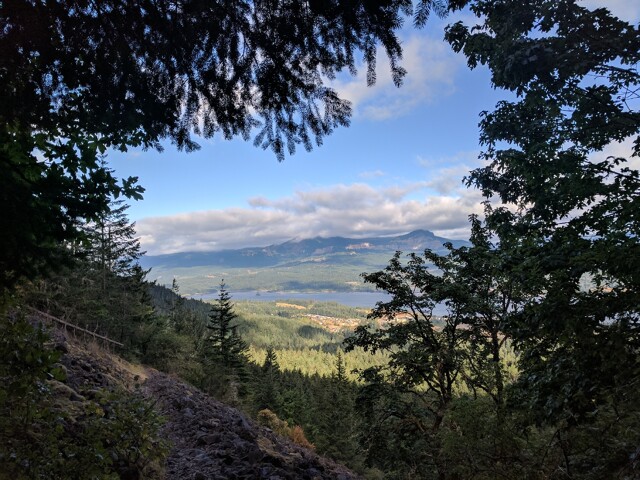 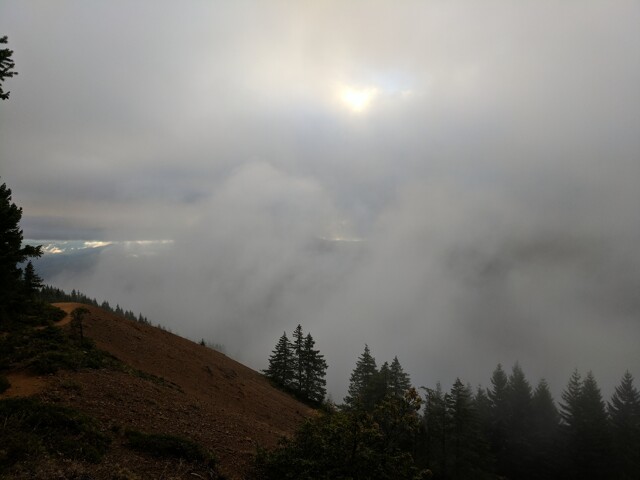 I thought it was neat to see the black smoke in the white cloud.

Once I reached Cascade Locks, it was time to hit up the diner for breakfast. Starting with an Oregon specialty: marionberry pie! 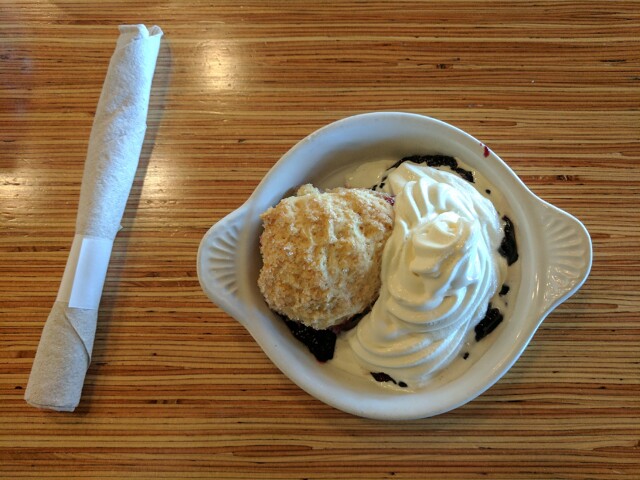 That's a lie: this is actually a cobbler. 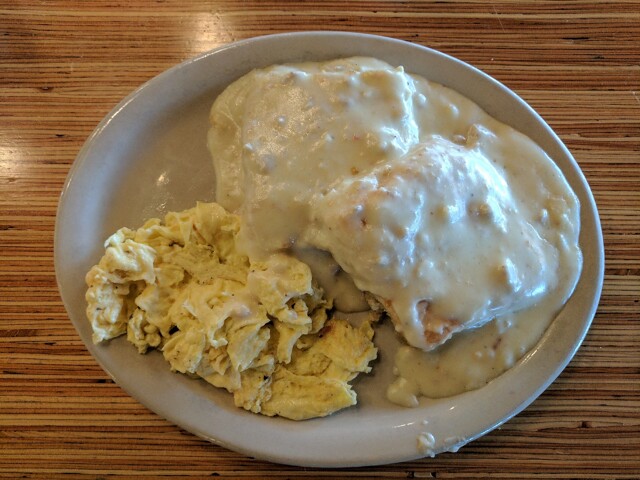 Don't worry, I got real food, too. 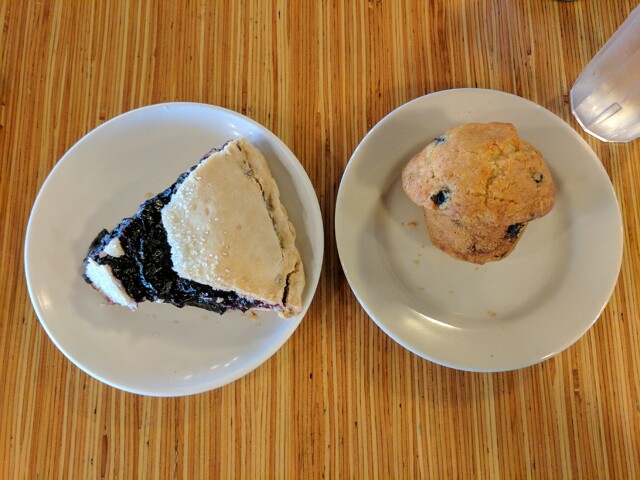 And then more pie. And a muffin.

With that done, it was time to go to the parking lot and wait for David and Jan (they shuttled me around the Jefferson fire) to pick me up. But in the parking lot, there was a little miniature farmers market! And they gave me a free peach! So, I got some dessert and munched it there in the parking lot. 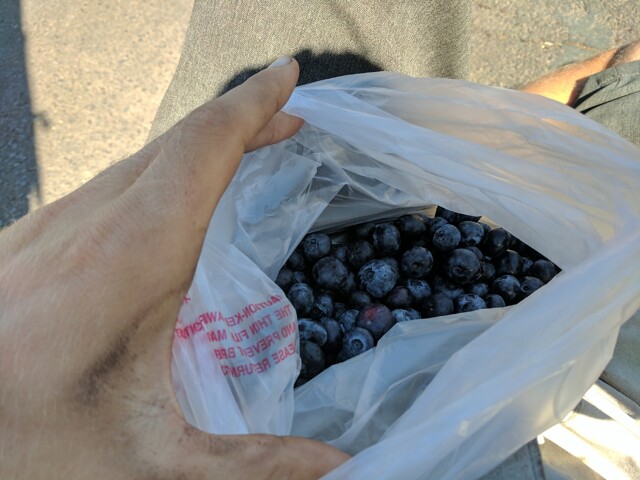 A pound of blueberries 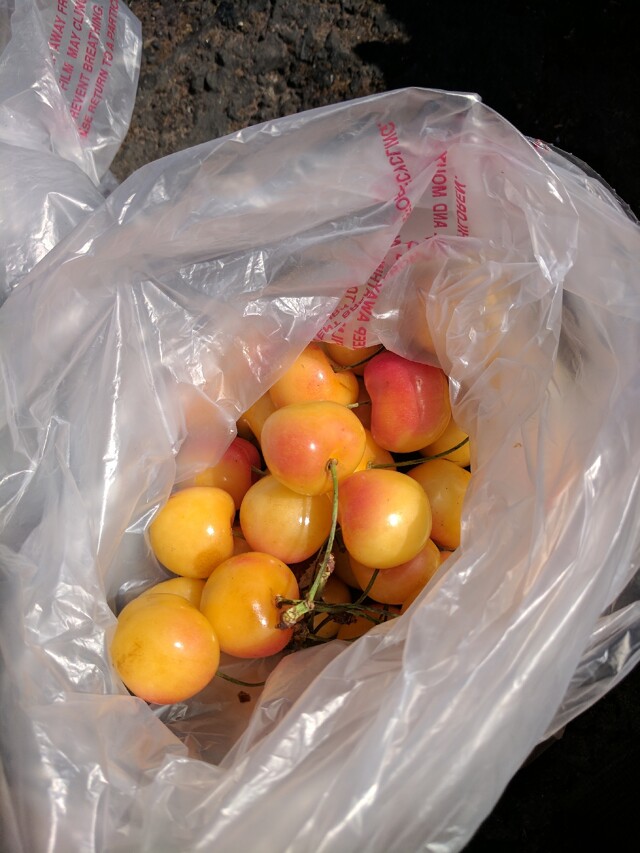 And a pound of Rainier cherries, which I've never had before 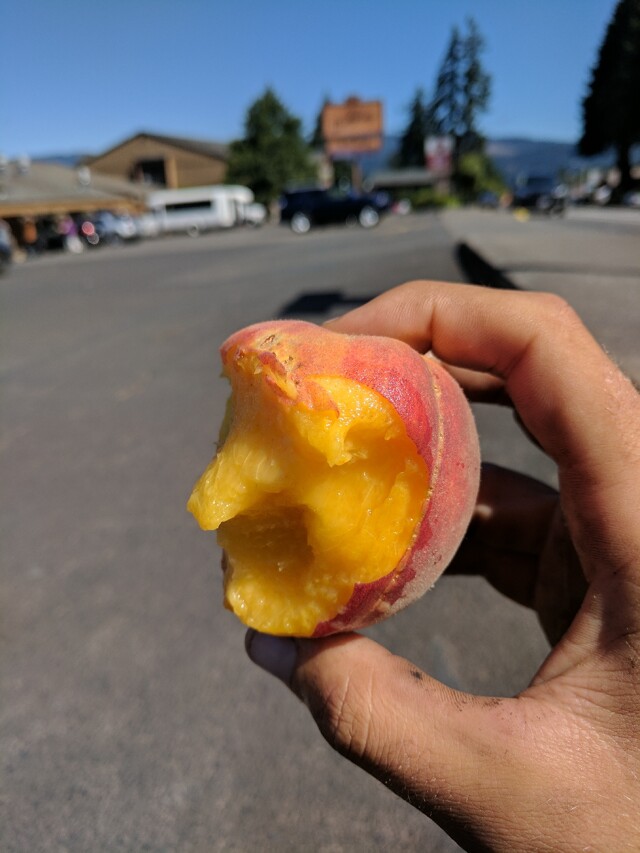 The peach that started it all

On schedule, David showed up to pick me up and take me to his home, where he and Jan have made another extremely generous offer to host me for as long as I want. I don't know if they realize how dangerous it is to make that offer to someone who is actually homeless (and injured!) but I don't plan to test the limits.

Besides, I only have 505.74 miles until the Canadian border -- I suspect I'm going to be very antsy.