There are three upcoming creeks (Bear Creek, N Mono Creek, and Silver Creek) which have been reported to be "impassable". Rather than take that as a challenge, Peanut and I have decided to take the (very boring) suggested alternate, which involves a lot of road walking. Oh well, such is the 2017 PCT!

Our first stop off the trail was Florence Lake. Normally this has a ferry running, but since the maintenance guy only got there yesterday, it looks like we're walking the 8 miles around the lake. 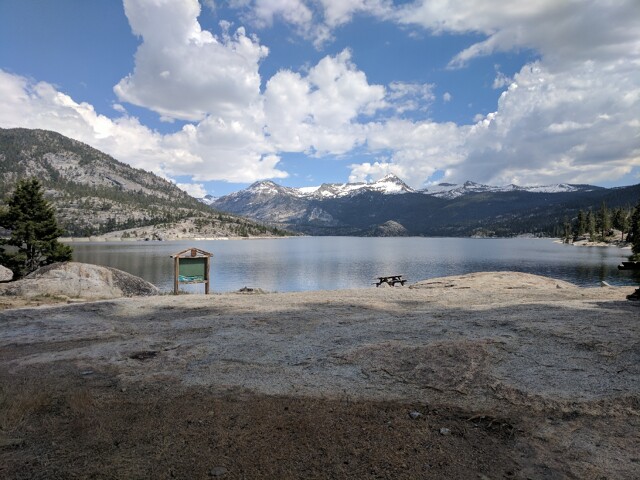 At least it's pretty!

Then it was time for the 7-mile road walk to stop #2: Mono Hot Springs. This quaint little resort also only just opened two days ago, but they're at least ready for business. 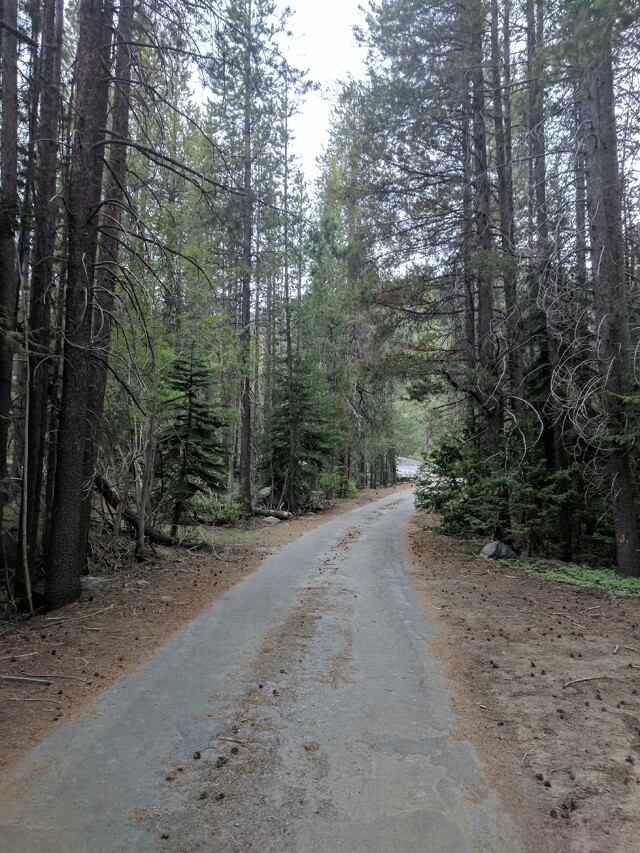 Booooooring. Pretty, though. I kind of imagine Oregon to be like this. 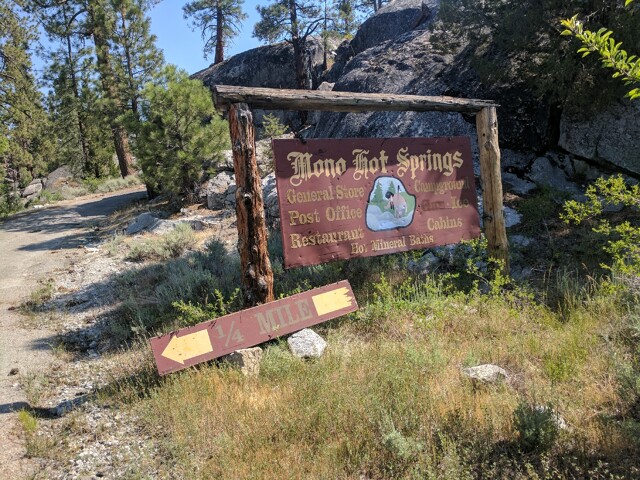 After hitting up their restaurant for their specialty -- buffalo burger -- we went to the general store and purchased some overpriced food for lunch and dessert. Then we snuck off to the woods to stealth camp, since the campground was flooded (and we didn't want to pay anyway).

There are some gnarly thunderstorms going on in the next valley over (about 15 seconds between lightning and thunder) as I write this. Peanut looked up the weather and he says that there's a 0% chance of precipitation. I hope he's right...