Today is a day that many people fear and gnash their teeth about: Aqueduct Day

For like 20ish miles, the PCT follows the LA Aqueduct through the desert. This stretch is hot, dry, boring, shade-free, and interminable. But hey, it has to be done so let's get cracking.

At first light, we hiked into the start of it, which has a spot called Hiker Town. This welcomed relief is your last chance for water and shade for until you're back in the mountains. So virtually everyone stops here on the way. 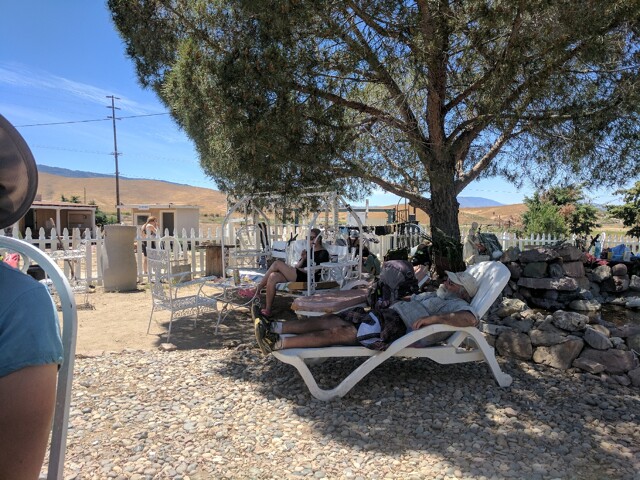 Upon arrival, we had plans to head out immediately, but the forecast called for a high of 98°F, which is way too hot to be walking 20 miles on a concrete strip without shade.

After going to a diner, getting breakfast, and hanging out hydrating all day, Monk, Peanut, and I headed out at 3pm -- these miles won't hike themselves! 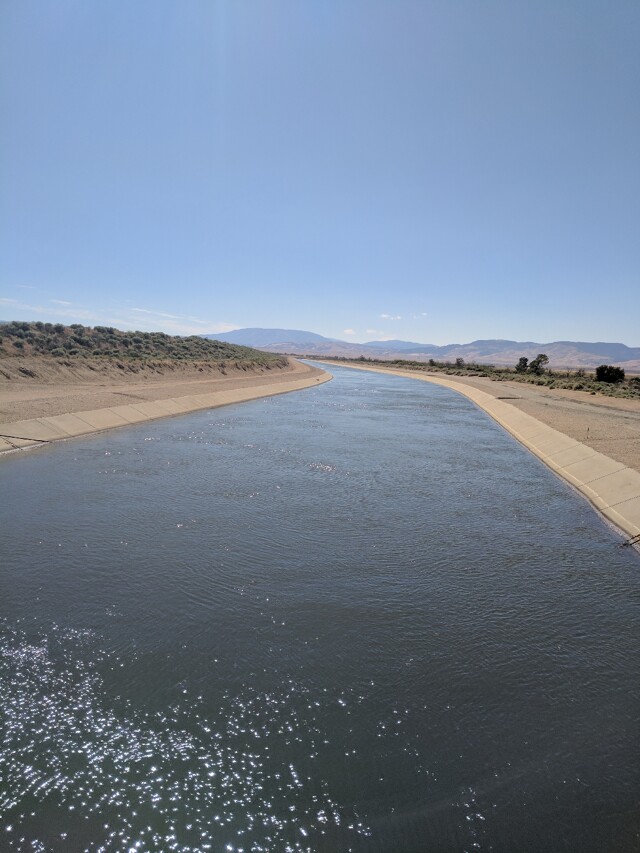 It was long, flat, and surprisingly pretty. There was a wind at our back that let us pretend it wasn't 95°F, which helped a lot. 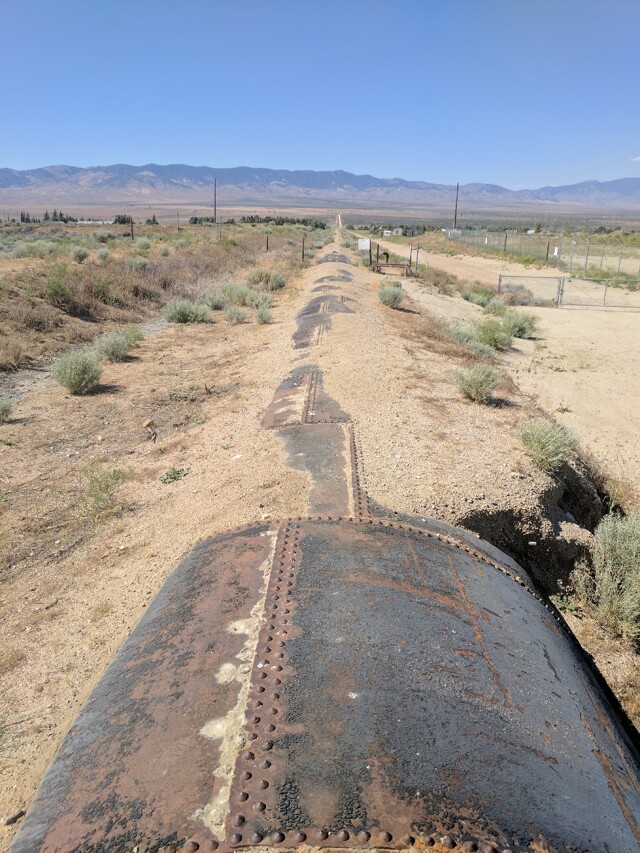 Eventually the aqueduct goes underground, so you follow the pipe. Forever. 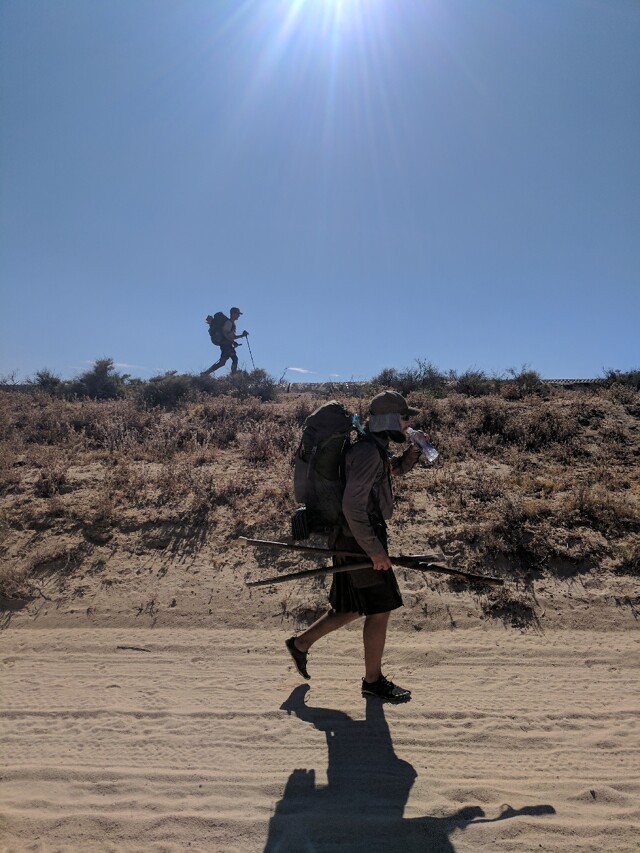 About five miles in, my knee gave out on me, so I took fifteen minutes to try to recover in what shade I could find. 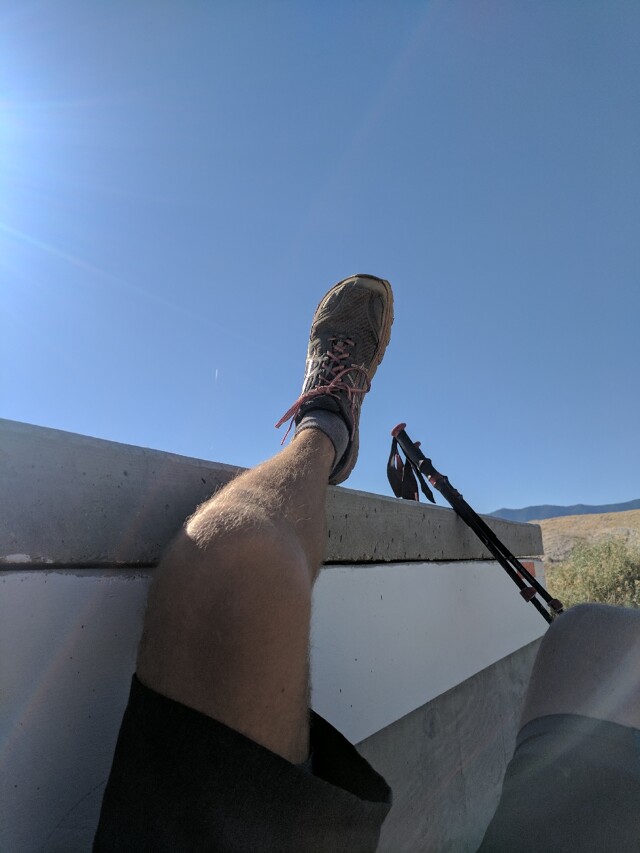 Let's see if this helps.

While laying there, I did some WebMD research and I think what I've got is IT Band Syndrome. The good news is that it's not fatal (for my trip), but the treatment is rest. And the prevention is basically "don't hike 20+ miles every day".

So that's no bueno.

It didn't help, so I just bucked up and hobbled on. After a while, I stopped for dinner and a bunch of ibuprofen. An hour later, I was able to walk again, which let me catch up to Peanut and Monk again, and my knee carried me almost all the way to camp before it died again. Oh well, at least I made it.

Just 23 miles until town tomorrow -- I can do this. 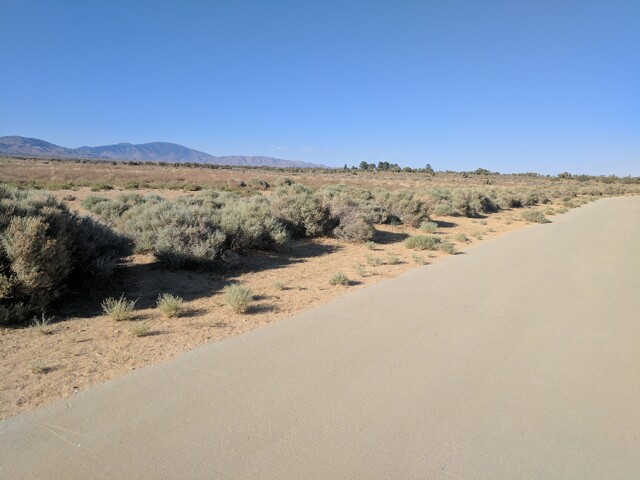 Town is over those mountains. Less than 10,000 feet of vertical!