Since this trip is so short (and ambitious), we weren't going to take a zero day in Bielsa. This meant we needed to get back to the trail, which was a 3-kilometer road walk, taking us through the town of Parzán. 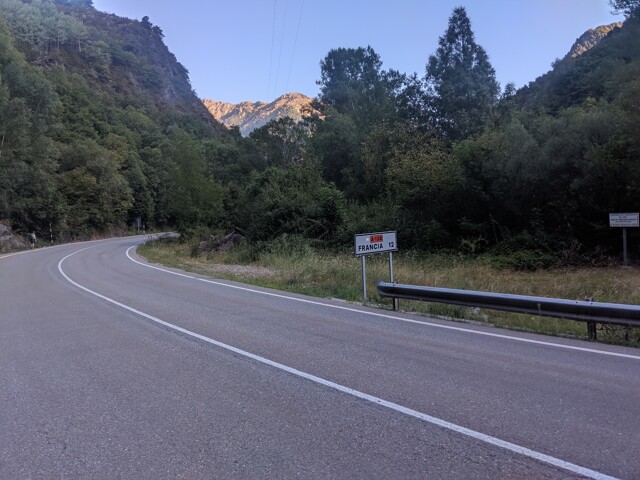 This town had four buildings: one hotel, and three supermercados. We chose the middle one and went our separate ways, aiming to get four days worth of food. I grabbed some stuff and eventually just paid for it and left (I'll later realize that I forgot some staples but it should be okay).

We then went to the trailhead and began actually hiking. For most of the day, we would be following the GR11, a well-established Pyrenean route in the Spanish side of the border. It climbed for most of the morning, and Crash and I just agreed to hike at our own speeds (mine reduced because of my foot) and rendezvous at the top. 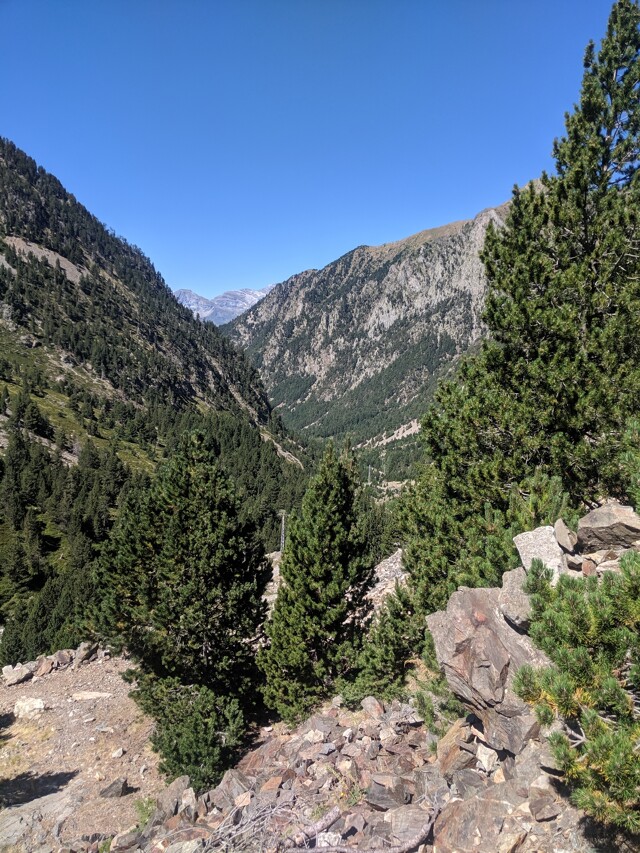 The valley we would we climbing this morning

At the top, we sat and chatted. The HRP guidebook we have been following says that the next three days are some of the hardest (in terms of trail conditions) of the whole route, which made me foot hurt just to read it. However, it also details a three-day alternate (along the GR11) around the whole thing if you don't want to summit Pico de Aneto, the highest summit in the Pyrenees. We obviously wanted to do that, so we came up with a plan:

So that's what we did. 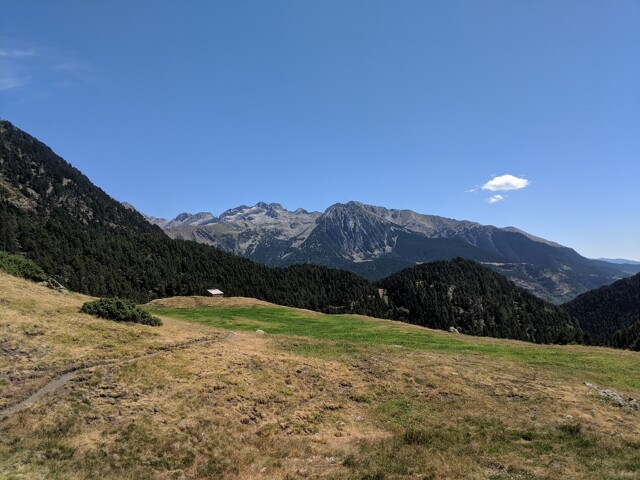 The beautiful valley, before the split

At the split, I followed the GR11 to the right and Crash kept going straight. My trail took me straight up 600 meters, up (and over) a pass. 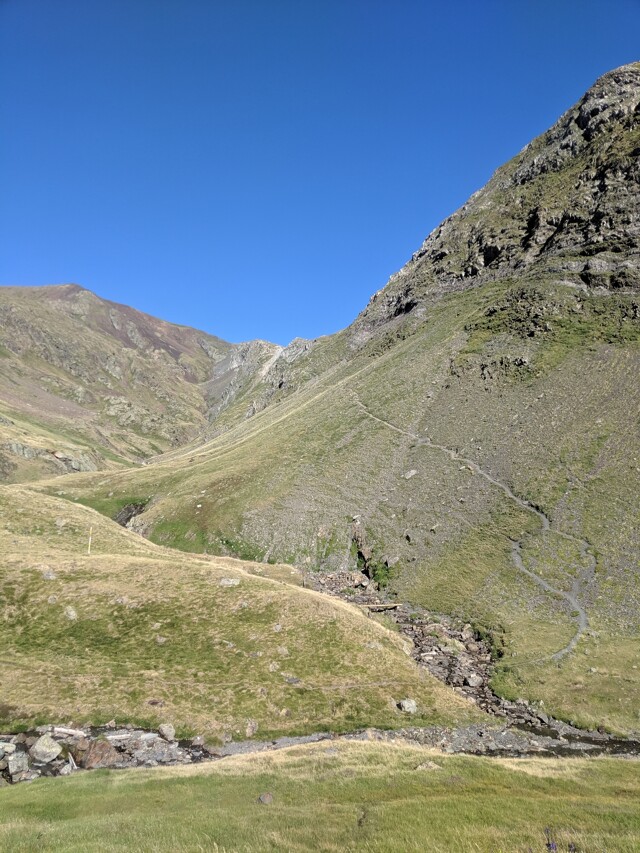 It was a well maintained trail though, which made my injured foot happy (well, happier). 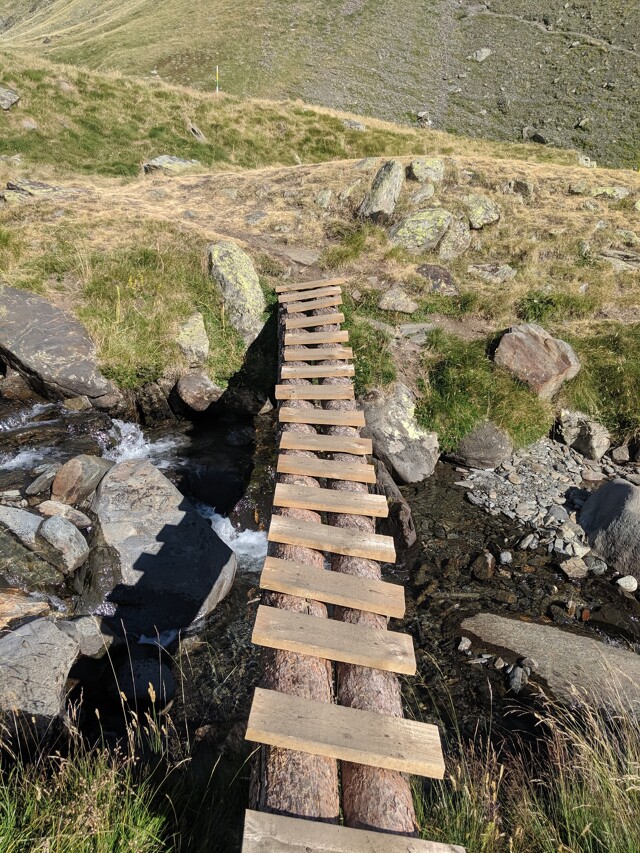 I would've killed for a bridge like this on the PCT

At the top of the pass, it was still a few hours until sundown, but because the pass ran North-South, the valley (which ran East-West) would very quickly be in shadow. I decided to enjoy the golden hour from above while I ate some dinner before descending. 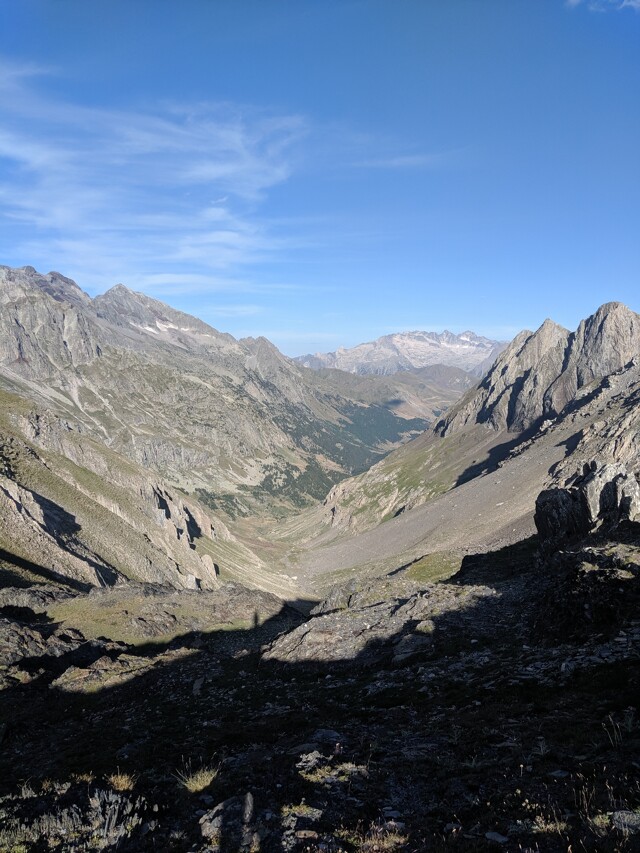 I needed to camp in the far side of that forest

The descent down the valley was (of course) pretty, with lots of little side canyons and waterfalls. 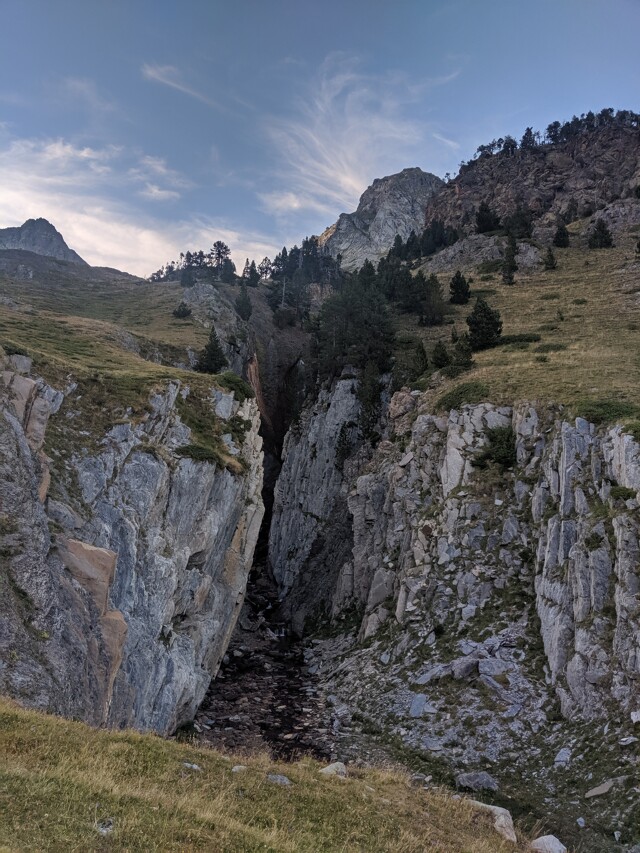 Like this one. I was too lazy to go back in it to get a better picture of the waterfall within

As mentioned, the sun hadn't really set, but the valley was dark. This created some pretty great effects when turning around and looking to the West. 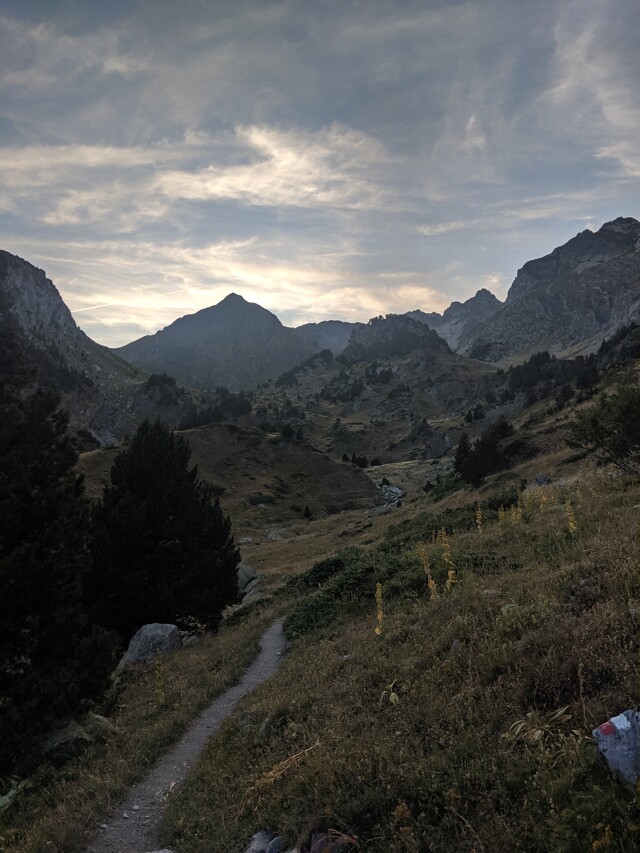 I wanted to camp within spitting distance of the road, to give myself a short day tomorrow. It turns out that this was a very good ambition because there wasn't anywhere to camp until then anyway. I wound up rolling into camp just as it got dark -- not so dark that I needed to hike by headlamp, but dark enough that I set up camp with it on.

The skies are crystal clear, so I won't be needing my tent tonight (though it's almost a full moon, so I might want to just to let me sleep!)

The well-trod trail felt much better on my foot than scrambling over boulders; I think this alternate was the right choice for me. 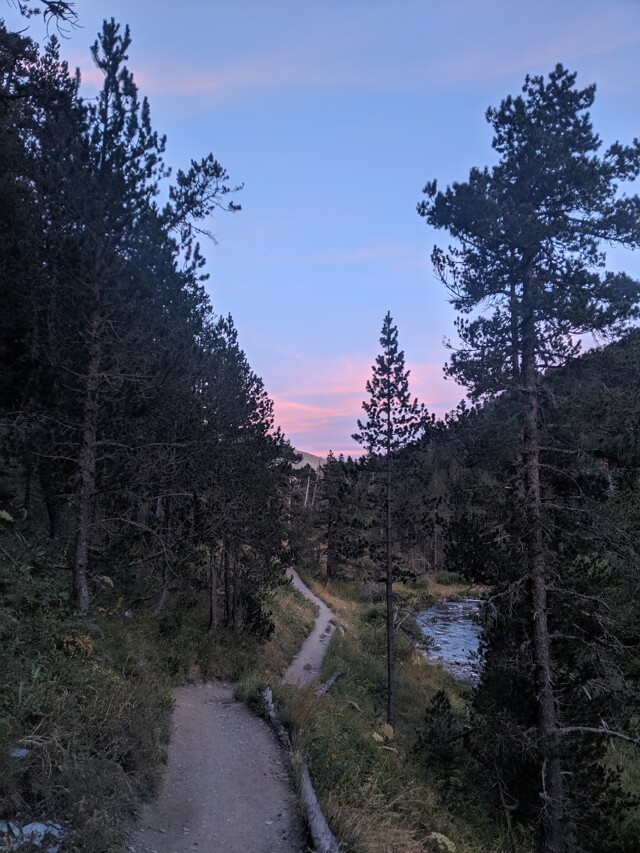