Today, Crash and I are parting ways again (for a few days). I'm headed off to continue hiking the well-established GR10 trail while he continues on the HRP. The GR10 follows the French side of the Pyrenees, and they meet up again a few days down trail, near Andorra. These few days on smoother (but not easier) trails should be great for my foot.

The trouble is that we were currently on the Spanish side of the Pyrenees, and the GR 10 is on the French side. The border (roughly) follows the watershed, so that means I have a big climb ahead of me to hop countries. Oh well, at least it's a nice day so it'll be a pretty climb!

In fact, on the climb up, I could see the peak we were going to summit. 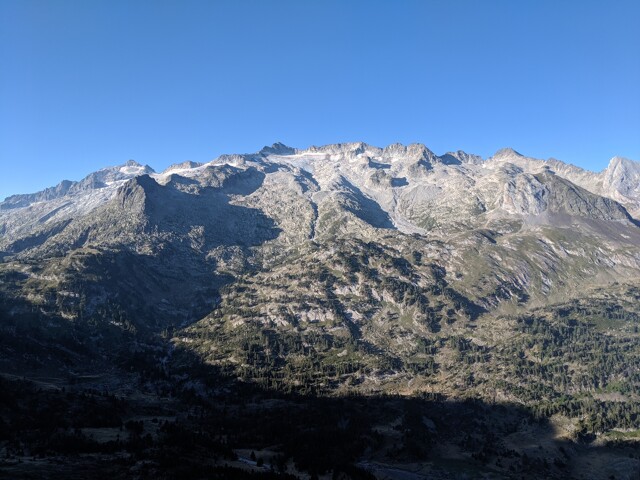 It's that one left of center, in shadow. That shadow is hiding the problematic glacier as well.

Once I was done with the climb (some 800 meters), I was greeted with a view that reminded me of the one I got after climbing out of Seiad Valley -- the only difference being that this was sunrise and that was sunset. 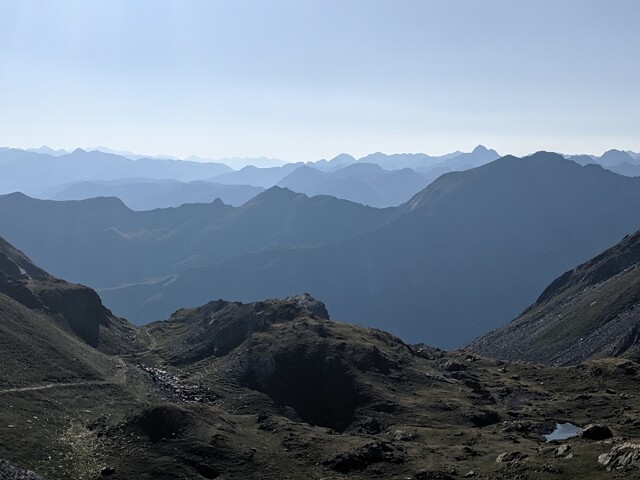 Layers of mountain ranges never get old to me

After that, it was another 1,100 meters down the other side, into the valley. At the bottom, I had a several-kilometer road walk ahead of me. And then more roads after that. 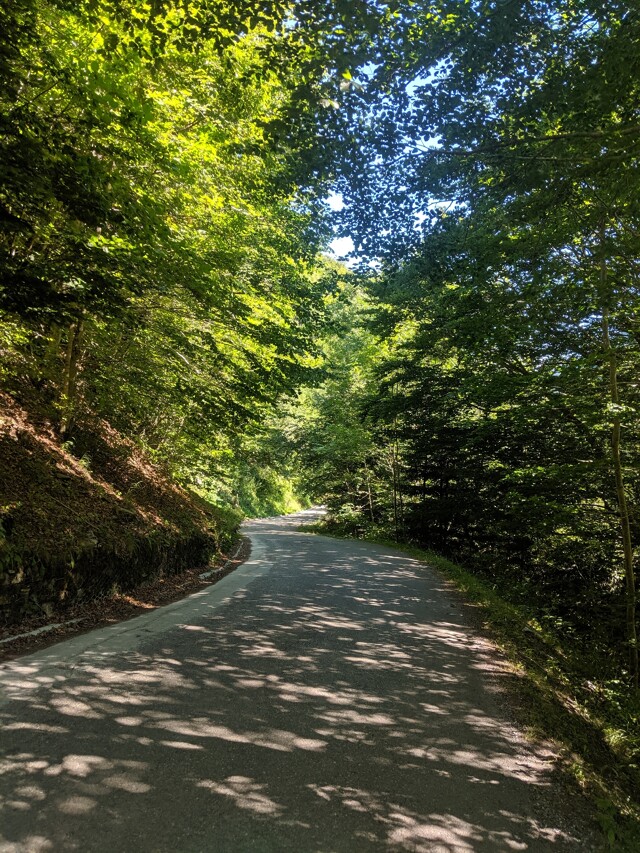 It was pretty, though!

At some point, I reached the bottom of the bottom: a little Spanish town on the highway which would take me to France. 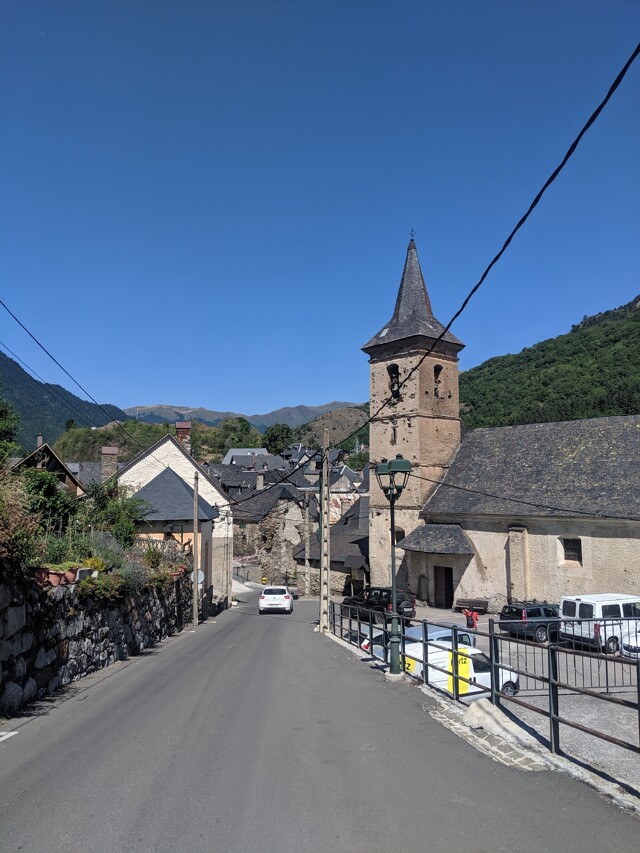 I forget the name of this town, but it was cute and quaint

Since it was noon (and I was low on food anyway) I stopped in at the (singular) restaurant for some lunch. I made sure that they accepted cards before I ordered because I didn't have any cash, and they said the nearest cash machine was a few towns away. 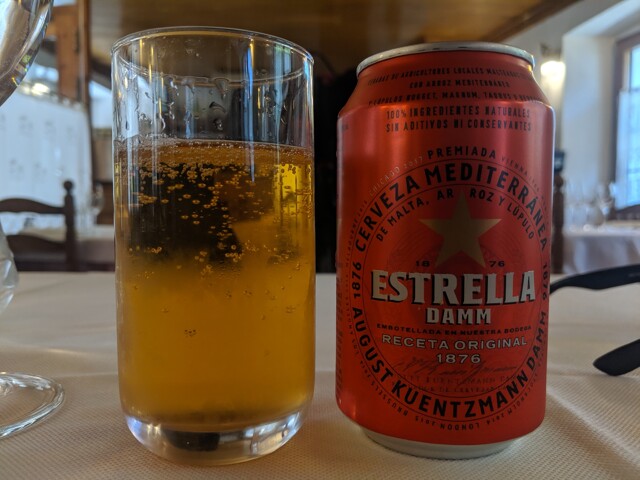 Yes I had food too

After that, I went to the highway and stuck out my thumb to get a ride the remaining 12 kilometers to France (once again, it wasn't really safely walkable). A nice couple picked me up and, due to a mixture of language barrier and my social awkwardness, they dropped me at this Spanish village called Canejan which was only 1.5km from the border, but was also on top of a mountain. Welp, looks like I'm in for a long walk of shame back down.

1,100 vertical meters later, I was back at the highway with my thumb out once again. A nice French kid picked me up and he actually spoke English so I made sure he was going to Fos. I asked him to drop me near a market so I could get some more food and he said "We don't have one. The nearest market is in Spain."

The capitalist in me doesn't understand how this society functions.

Anyway, he dropped me somewhere near the GR10 and I got to hiking. 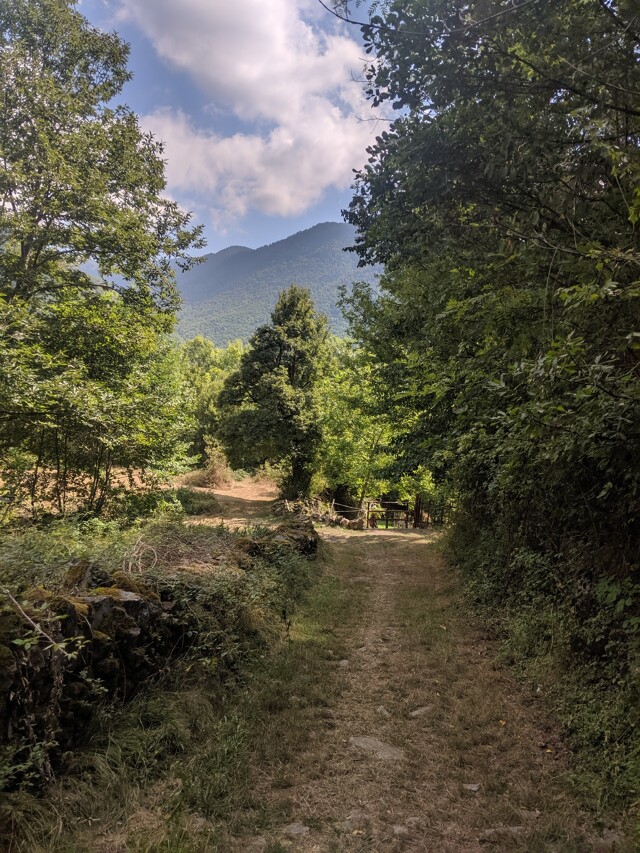 I had a huge day of climbing ahead of me, but it was all at a reasonable grade and with a decent trail surface. The only thing that was concerning was that clouds started to roll in around 5pm. This matched with what my last hitch had told me: thunderstorms this evening. Damn. Oh well, I'm trying to hike out of this valley; maybe I can outrun it? 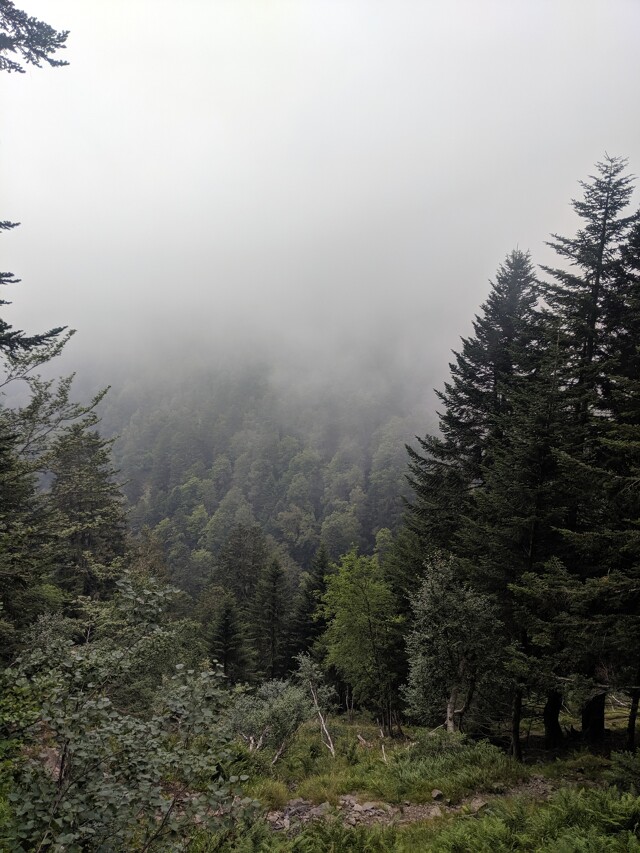 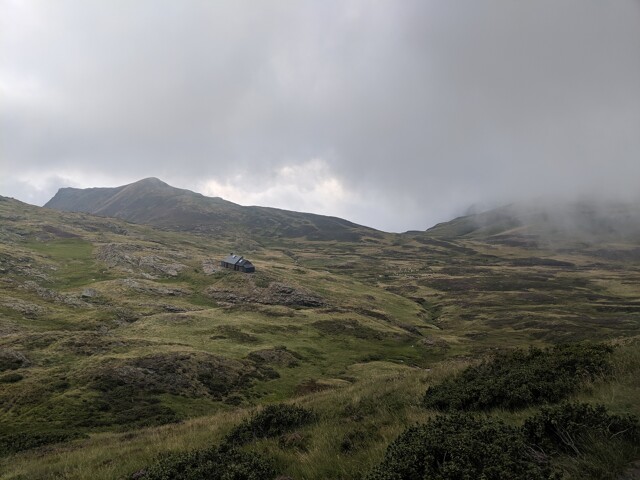 The clouds were very unstable: sometimes I could barely see, and sometimes it was clear. I guess I'll just set up my tent tonight and see what happens. 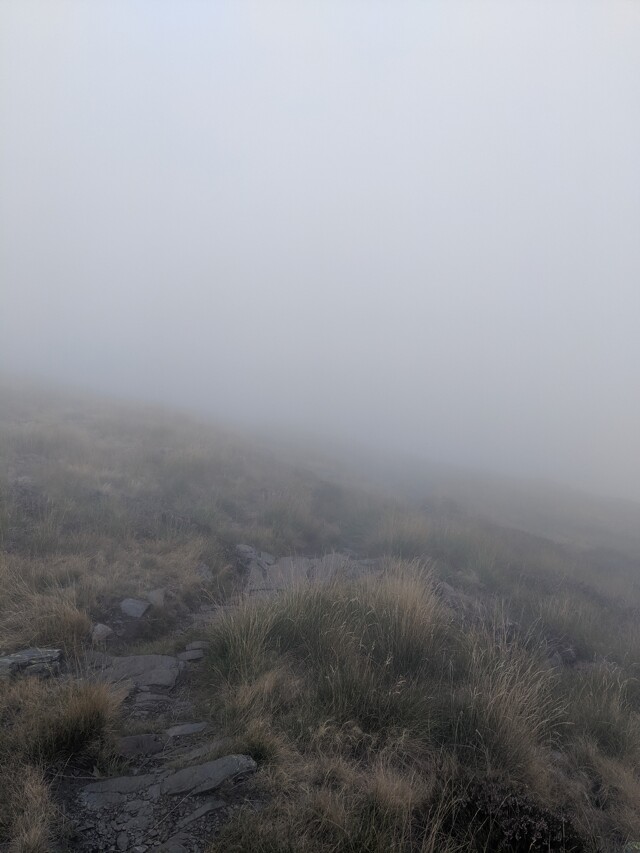 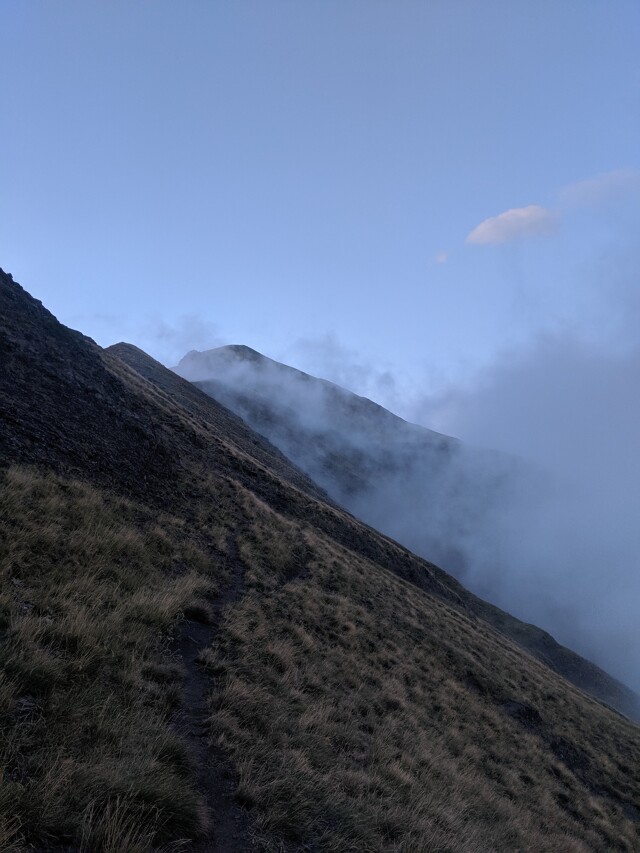 I wound up setting up camp just as night fell on the fall line of a ridge, because it was the only got spot until the bottom (judging by the topographic map). Higher than I'd like to be if a thunderstorm might roll in, but let's see how this goes.