After a night of terrible sleep (a herd of horses rolled up in the middle of the night with their bells clanging, plus it was super hot and humid), we got hiking around 7:30 or so. It was still cloudy, but we saw the sun making a valiant effort to show itself! 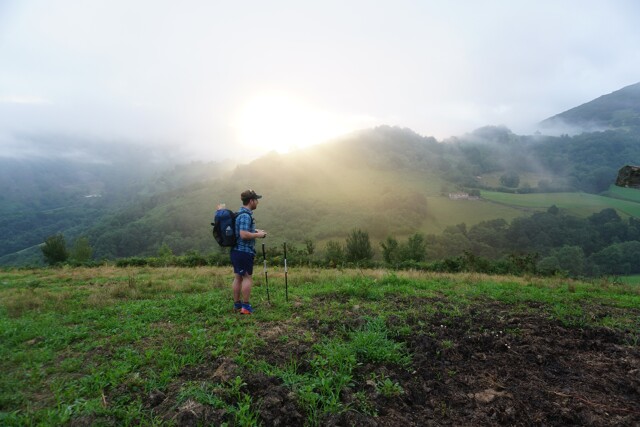 Down the trail a bit we met a couple who had hiked the PCT last year, so we all chatted for longer than we should have before Crash and I moved on. It's always nice to reminisce over a shared experience.

Then we began a fairly long climb -- and we finally got above the clouds! 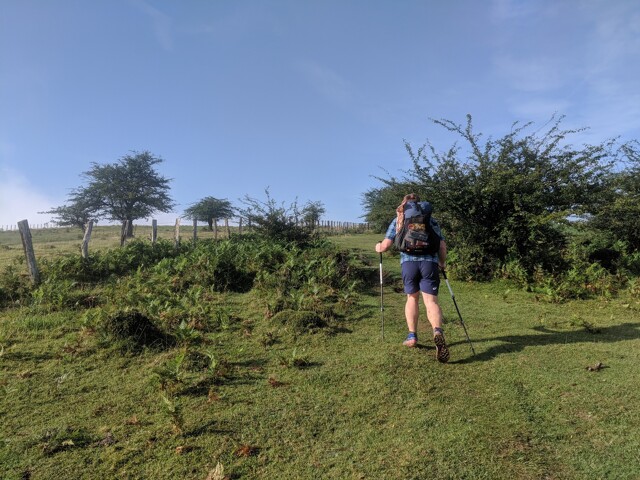 On top of this ridge was sunshine, green grass, and some horses and sheep. 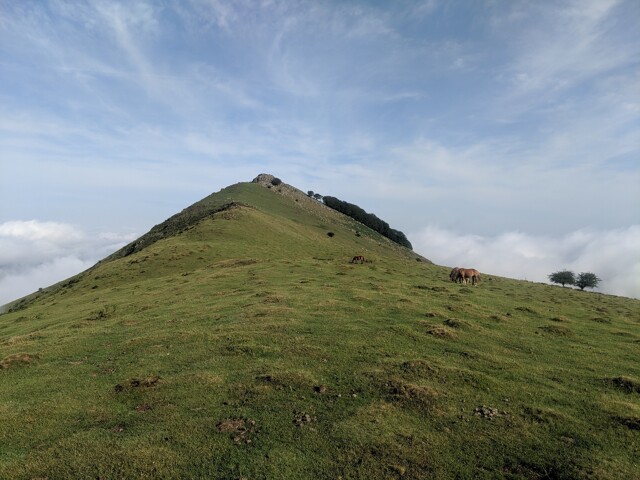 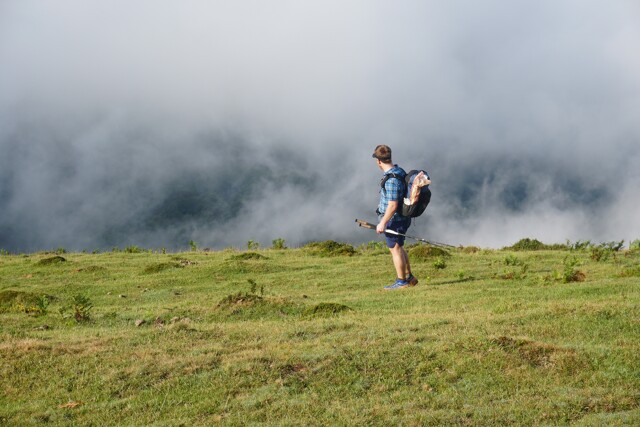 Just look at this view!

After hanging out for a while, Crash and I pushed on, down the other side. About a mile in, I realized we were off trail. And by that I mean on the wrong trail -- it wouldn't intersect the HRP again! So, back up we went.

At the top, we met that couple again and had another break where we are some snacks and tried to dry out our stuff a bit.

And some horses came wandering over to say hello! 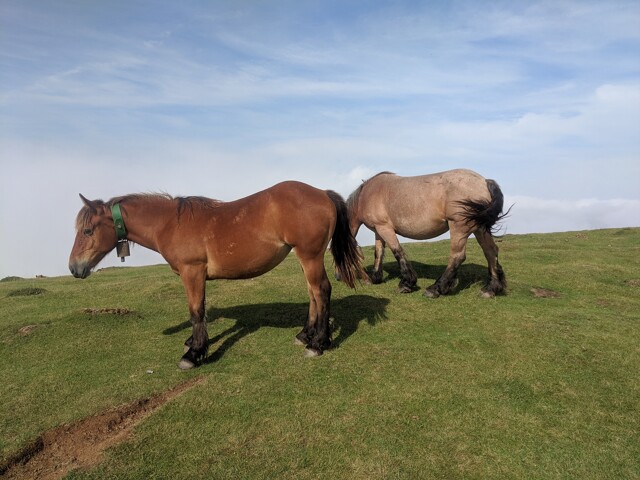 We finally pushed again to find the trail we were supposed to be on. 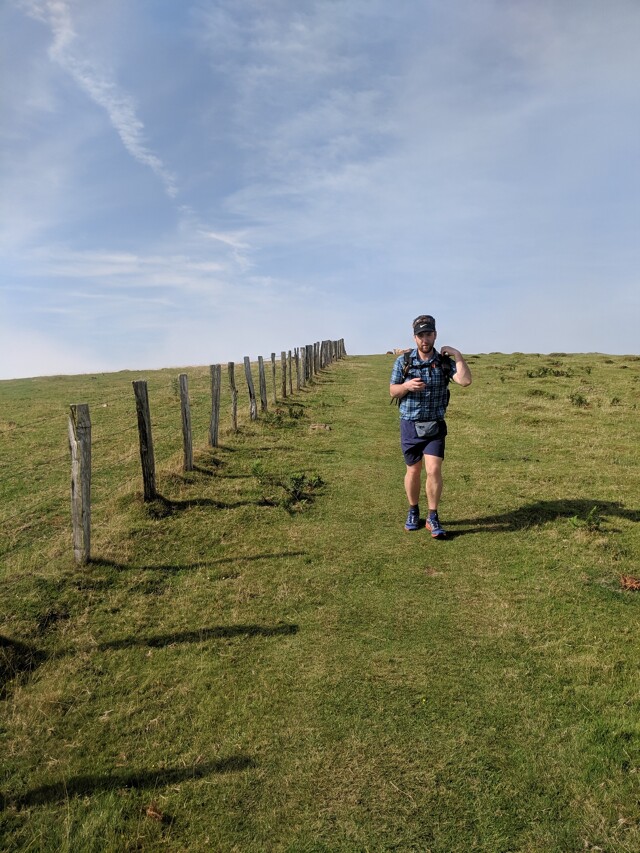 We couldn't find the trail, but we had GPS so we knew where we were supposed to be. We did the logical thing: climb over a barbed wire fence and go cross-country!

It wasn't pretty, but we got back on trail in the end. Unfortunately this trail led us way way way down into a valley, where we got some water, stretched, and had some lunch.

Then we began the hike way way way up out of the other side of the valley.

This hike eventually leveled off after several grueling humid hot miles .. and then kept climbing. I shouldn't be surprised because this is a high route but still. Oof. 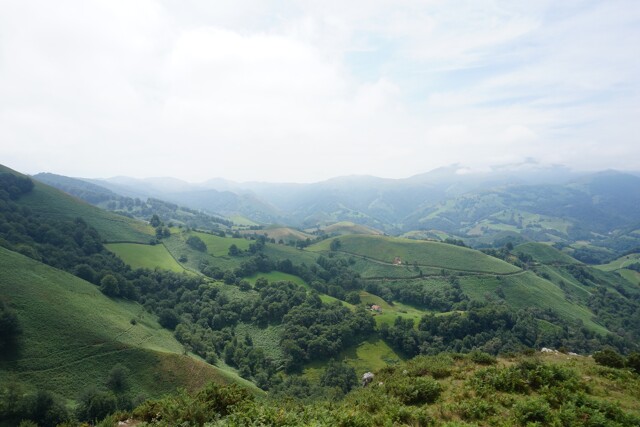 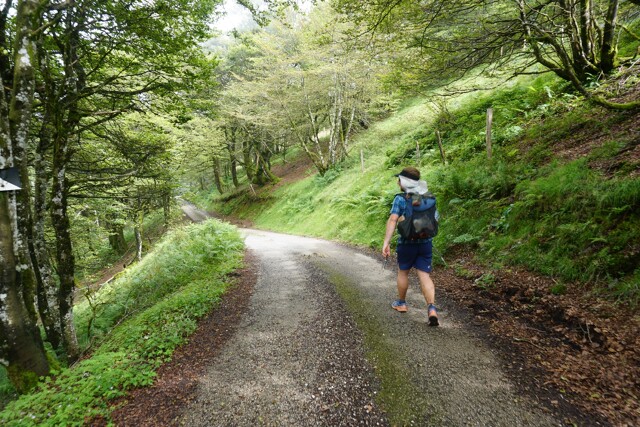 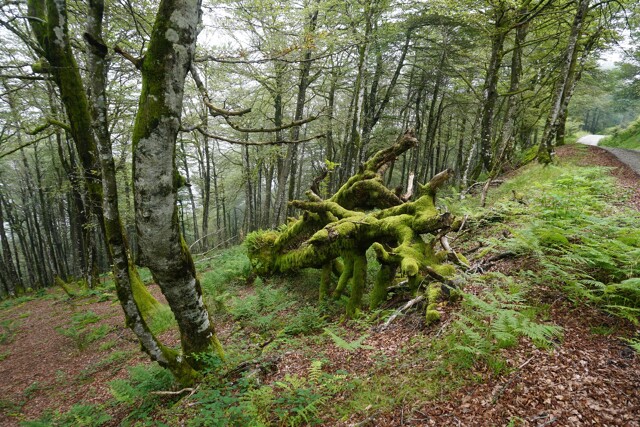 However, we weren't done because we had to hike more! So back up we went!

After a few miles, we found a section of trail that would make an idyllic campsite -- mostly flat, grass, trees to protect us, above the clouds. Perfect. We'll wait until we're sure there aren't any day hikers and then just go for it.

Unfortunately the clouds rolled in and the wind picked up, but by this point we were stuck, so we just battened down the hatches. We'll see how this goes!