There was some excitement last night: at 3:23am, something woke me up. Specifically, raindrops on my face. Ugh, damn it. My tent didn't even leave the boat because I didn't intend on using it. So I woke up Nick and Amanda to let them know it was raining, hurried to the boat, got my tent, set it up, and was bedding down again at like 3:40. Not too bad!

Once we hit the river, it was pretty boring flat water with lots of wind and a little rain. Some of the group peeled off to do a hike, but Jess and I weren't really in the mood, so we just pushed on to camp (this is why there aren't too many pictures from today). 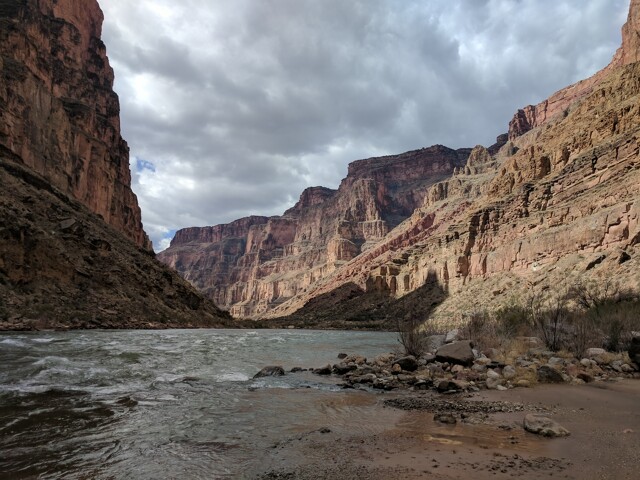 A beautiful view up-river from camp

With all of this time to kill, JB and I went on a short hike to go look at this side canyon.

It ended at this really neat thing that I can't really describe as anything other than a living wall. But hey, at least I got a crummy picture of it for you to use your imagination: 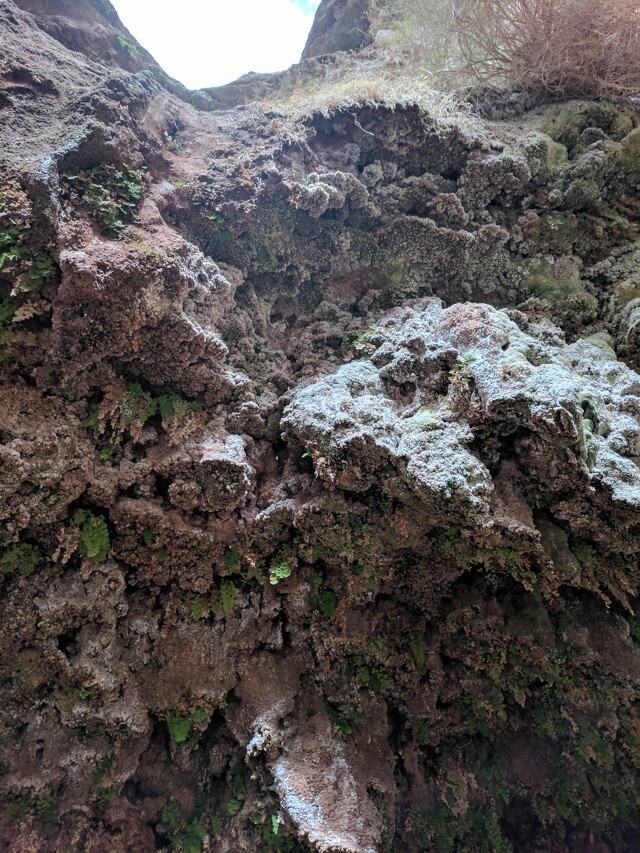 After that, it was about noon, so I went and took a nap, write some of these blog entries, and just kill time. Eventually everyone else showed up and the usual afternoon/evening festivities happened, with one tiny change: Jon and I were on cook crew again.

Then it's off to bed early because tomorrow is a big day.