Another cold night last night -- the lowest I saw my thermometer was 23°F, around 2am. My gear is all rated for colder than that, so I was plenty warm, but the hand-washing water froze again last night. Combine that with a cold breakfast of cereal, bagels, and cut fruit, and it was a chilly morning.

Despite cold spirits, we were rigged and floating by 8:40am. 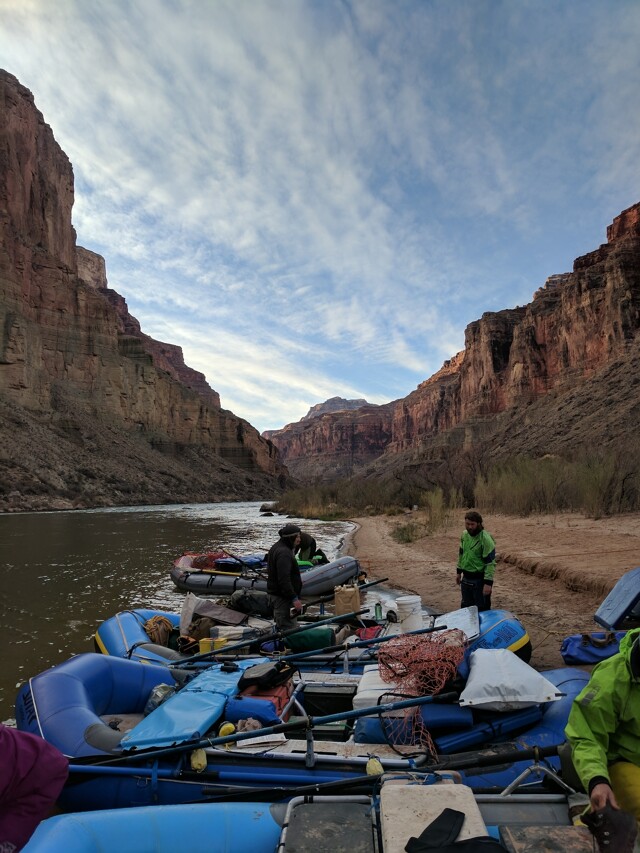 A pretty, but cold, morning

Typically, the LCR is the color of chocolate milk, due to all of the sediment in it. This massive amount of silt gets dumped into the Colorado River, and the river goes from green to brown from there to the end. I still don't understand how one fairly small tributary can so thoroughly pollute the massive Colorado River.

We got lucky this year. 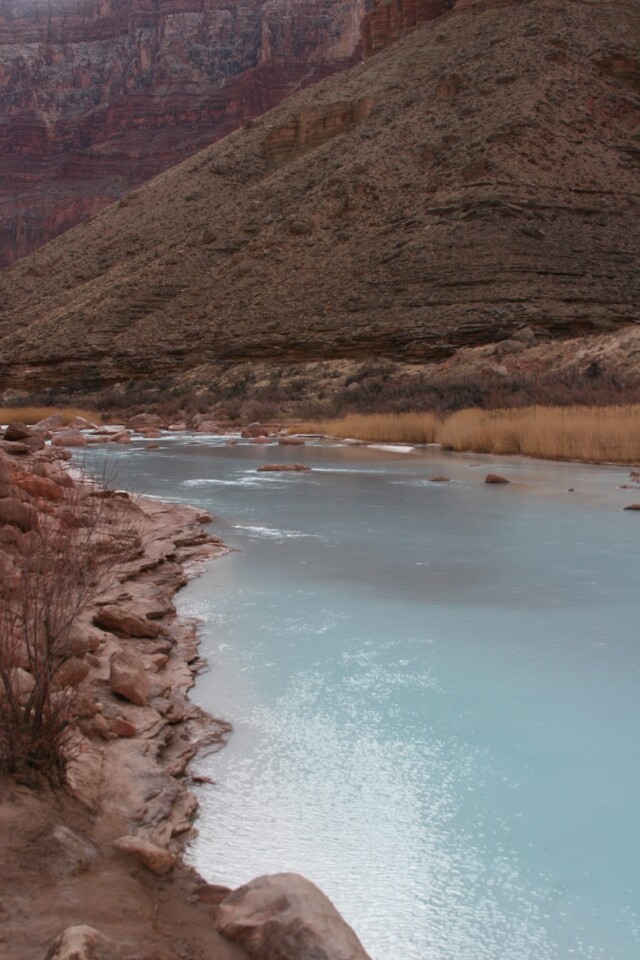 The magical blue water of the LCR

The LCR was running blue -- likely because Arizona had such a dry winter. Bad for them, but great for us. The water is an absolutely stunning blue, which meant that -- for now -- the Colorado River is going to remain green and clear. If the drought continues, then the river should stay that way for the rest of the trip.

We uneventfully ran some medium and large rapids and arrived at camp (Rattlesnake Camp) in the early afternoon. Naturally, some of us went for a hike. We were aiming for this large peak called the Tabernacle about three miles away. 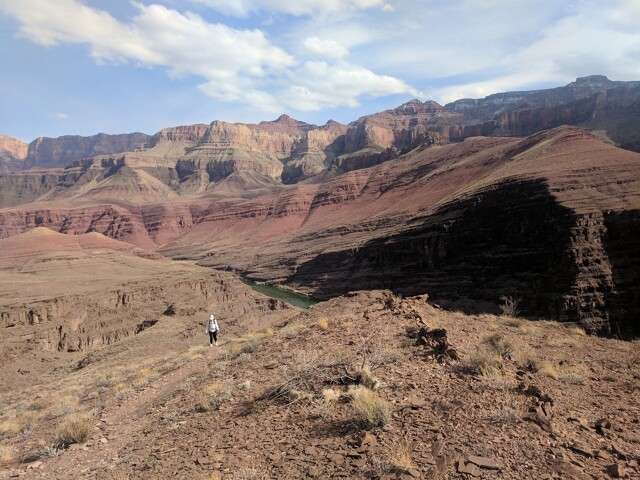 Amanda is a speck in this landscape 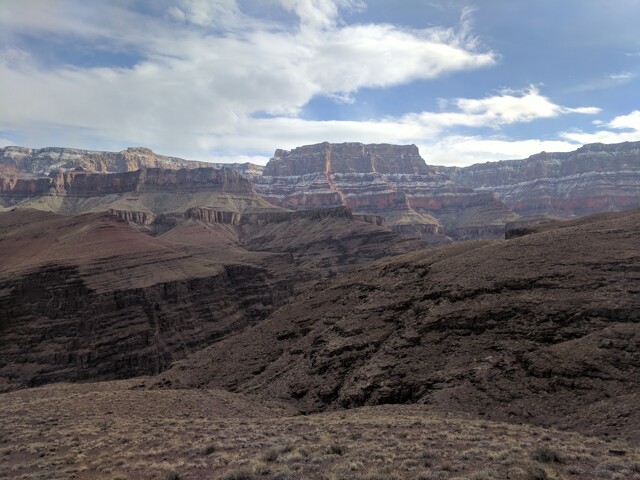 There's still snow on the rim! 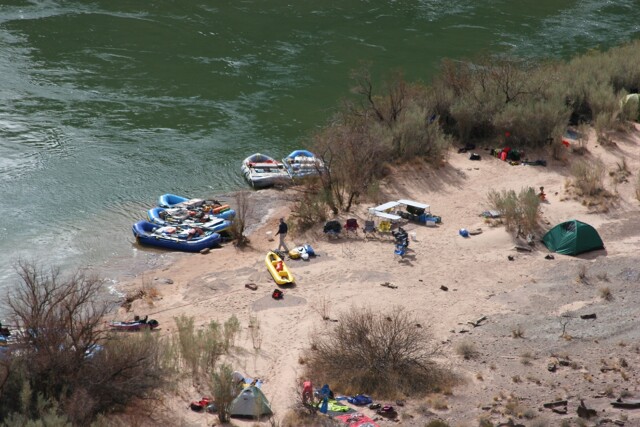 Spying down on camp from above 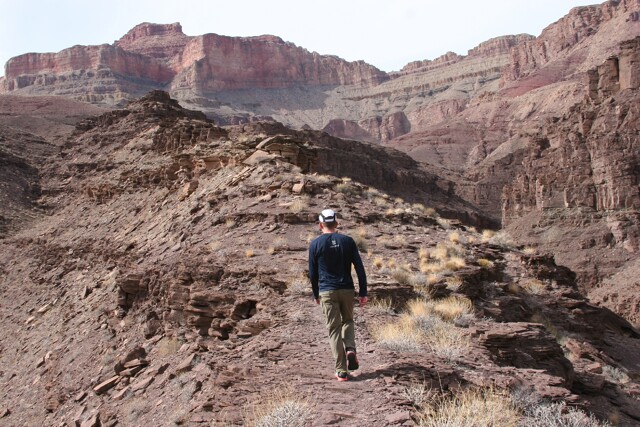 Nick leading the way along the ridge

After a while, we were well above the river and we reached an outcropping where we took a break for a few minutes. While doing so, we saw a big dark ominous thunderstorm coming across the desert at us, directly from the Tabernacle. Crap. Then we started getting hit with some rain. Double crap.

We called it and headed back to camp in a hurry -- you don't want to be exposed for a desert thunderstorm. 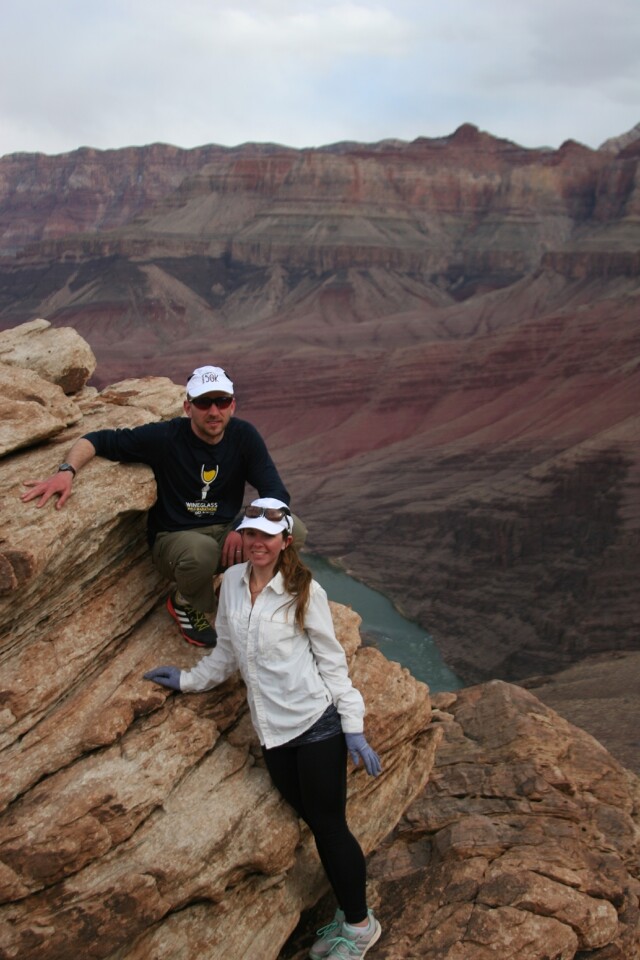 We got some pictures before we left, though.

By the time we reached camp, the sky had cleared and the rain was nowhere to be seen. Such is the weather in the desert, I guess.

Oh well, it gave us more time for the usual: cards, fires, dinner, and an early bed.