Since we camped at Granite Camp, it's only logical that the first rapid we ran was Granite Rapid. This rapid is one of the bigger ones on the river, but is also complicated by not having any clean lines. You basically just point downriver and try to tee up to everything that comes your way and hope for the best.

After that was my favorite rapid of the whole river: Hermit. Hermit Rapid is just a wavetrain with huge waves. It's like a giant rollercoaster that is just a total blast. I convinced Jess that she should row it, which meant I got to ride in the bow and it was just as much from there as it is on the oars.

After we ran, we tied up as soon as we could because JB wanted to hike back up and take the inflatable kayak down again. And I wanted to get pictures of this. 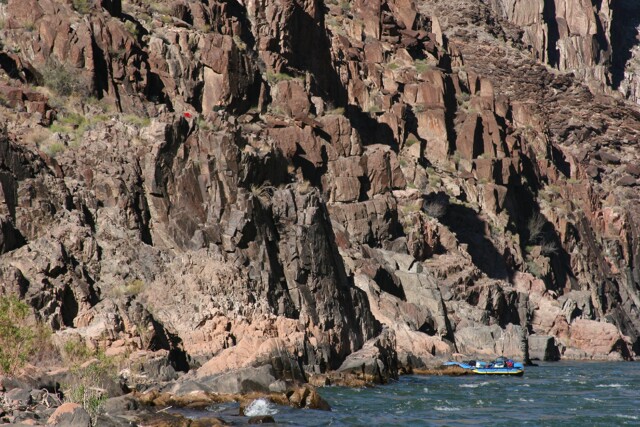 Jess watching from high up on the rocks, with the boats tied up below 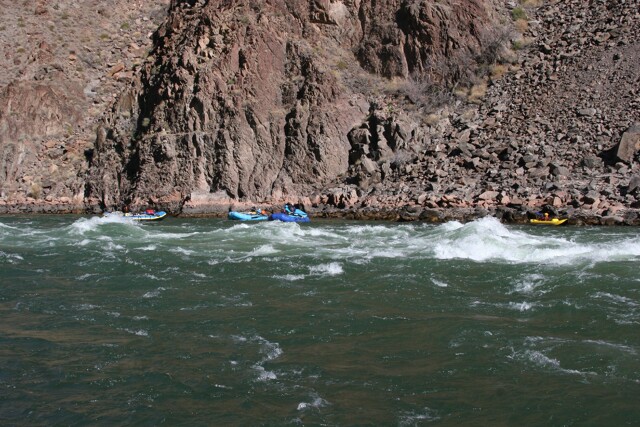 JB did okay -- he took a swim but that is pretty unavoidable. He intentionally ran straight down the waves, and inflatable kayaks aren't the most stable of water crafts. 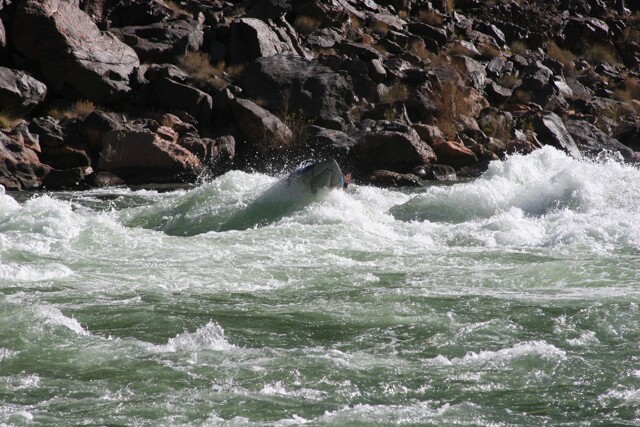 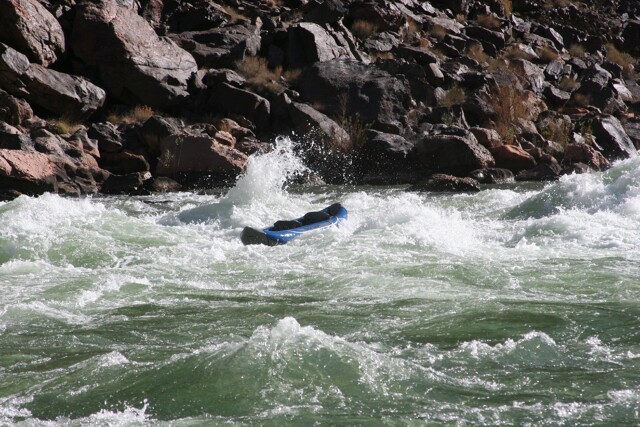 He was picked up by the safety crew and had a great time. After that, Nick and Amanda rowed it in the boat. 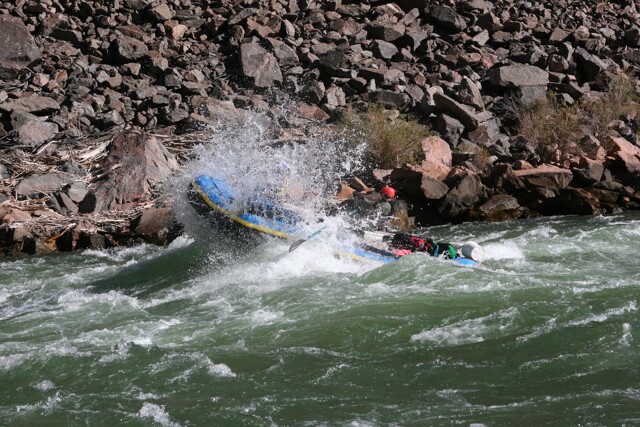 Nick and Amanda blasting through a wave

Hermit is always a good time.

Afterward, I rowed JB's boat back to him (Jess took mine) and we all pushed on downriver. It was a fast section of the river, with a lot of medium rapids all close together, so we arrived at camp in time for lunch. 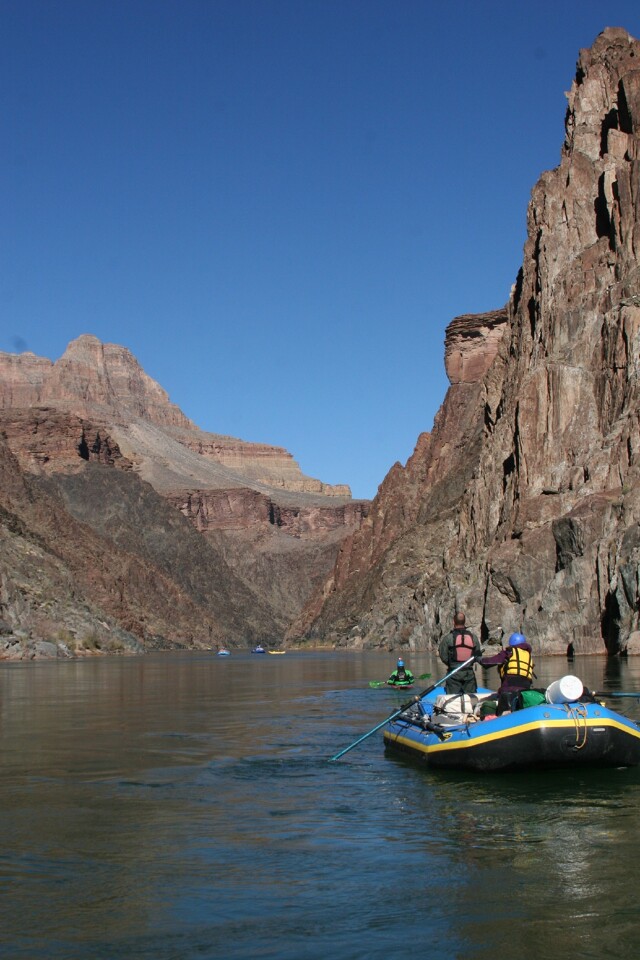 Amanda rowing Nick downstream to catch everyone else

The afternoon was spent drying things out, setting up solar chargers, showering in the river (brrrrr!), playing cards, napping, etc. 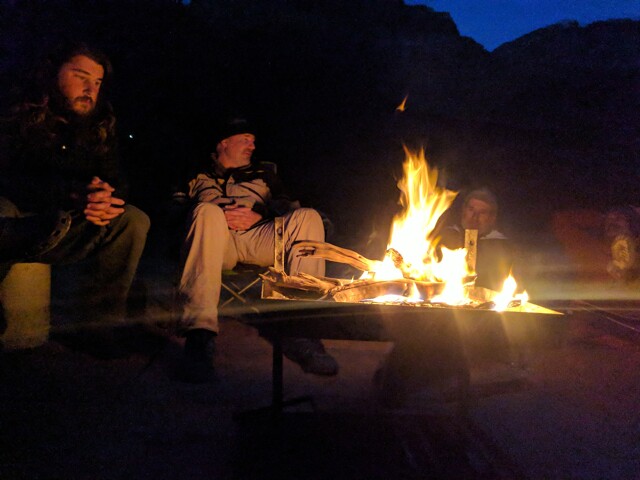