Today started with some excitement: the first major rapid of the Canyon, named House Rock. It has a giant hole on the left side of the river, which you need to work to stay right of, despite the river trying to push you into it.

After scouting, Jess and I hopped in the boat and off we went. I had a decent run through, though I wasn't as far right as I wanted to be. However, since I was one of the first ones through, I was able to get pictures of some people going through. 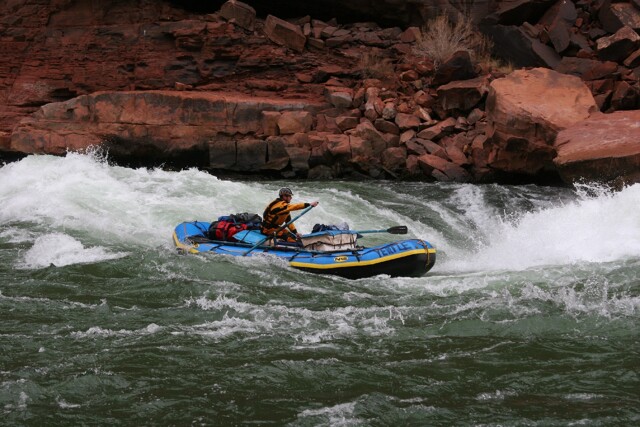 After that, we started a section of the river called The Roaring Twenties -- a series of mid-size rapids in quick succession. It's a really fun stretch of river, so I handed the oars to Jess and let her row them to get some practice.

After that, we arrived in camp, where we played some cards, took some naps, ate some dinner, built a fire, and and went to bed when the sun went down. 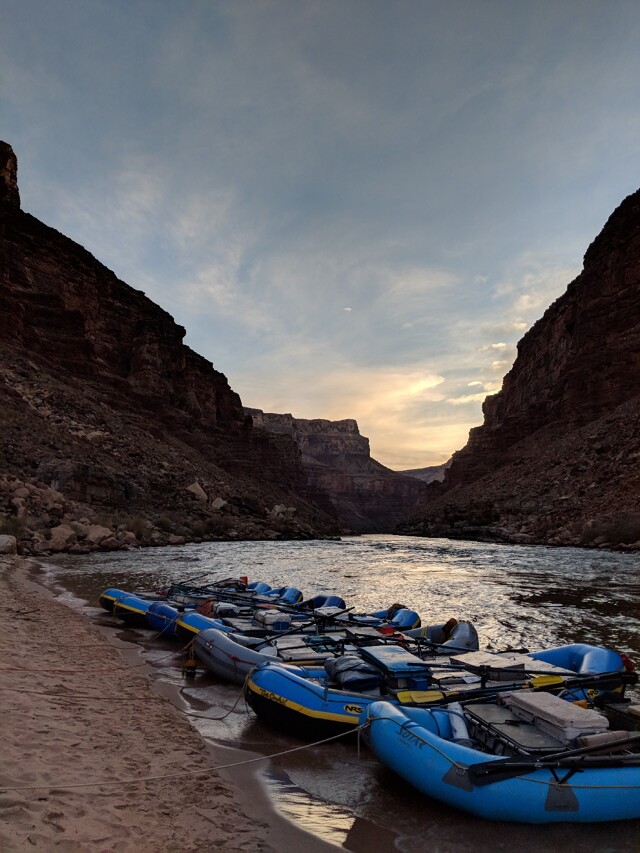 Boats on the beach 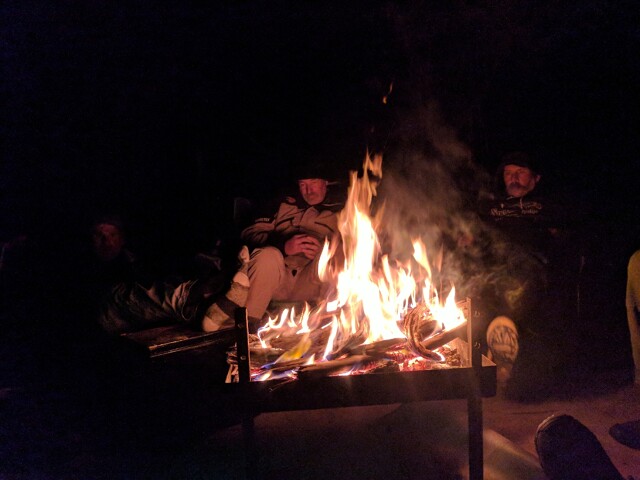